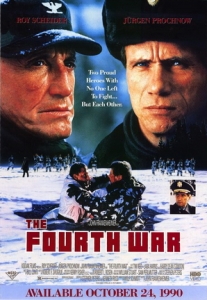 The year is 1989 and the Cold War is coming to an end.  Colonel Jack Knowles (Roy Scheider) was a hero in Vietnam but now, years later, his eagerness to fight has made him an outsider in the U.S. Army.  Most people would rather that Knowles simply retire but, as long as there are wars to be fought, Knowles will be there.  His only friend, General Hackworth (Harry Dean Stanton), arranges for Knowles to be assigned to an outpost on the  West German-Czechoslovakia border.  As soon as he arrives, Knowles starts to annoy his superior officer, Lt. Col. Clark (Tim Reid).  When Knowles sees a Czech refugee gunned down by the Soviets while making a run for the border, he unleashes his frustration by throwing a snowball at his Russian counterpart.  Like Knowles, Col. Valachev (Jurgen Prochnow) is a decorated veteran who feels lost without a war to fight.  Knowles and Valachev are soon fighting their own personal war, even at the risk of starting a full-scale conflict between their two nations.

The Fourth War was one of the handful of films that John Frankenheimer directed for Cannon Films.  Much as he did with The Manchurian Candidate, Frankenheimer mixes serious thrills with dark satire in The Fourth War.  Frankenheimer gets good performances from the entire cast, especially Scheider and Prochnow.  The real star of the movie is the snow-covered landscape, which Frankenheimer turns into a metaphor for the entire Cold War.  When Knowles and Valachev end up throwing punches on a frozen lake that’s breaking apart underneath their feet, it is not hard to see what Frankenheimer’s going for with this film.  Released shortly after the fall of the Berlin Wall, The Fourth War is an underrated thriller that deserves to be rediscovered.

The world of cinema lost one of it’s own with the death of British filmmaker Tony Scott (brother of filmmaker Ridley Scott). The circumstances of Tony Scott’s death has now been confirmed and could be found and read easily on most on-line news site.

This post is not to focus on Tony Scott’s death but on the life he lived and how his contribution to the art of filmmaking. Tony Scott has been a major influenc on me and those who grew up during the 80’s and 90’s. His films were huge commercial successes but also unique in that he tried to advance the genre of action filmmaking beyond the bullet point steps on how to make them that other filmmakers could never get beyond.

Tony Scott experimented and innovated with the action genre these last ten or so years to mixed results, but no one could ever say that his visual style was ever boring. Just like his brother Ridley, Tony Scott was a visual director first and foremost, but he also had a way in getting the most out of the cast he was given. It didn’t matter whether they were award-winning veterans like Denzel Washington or up-and-coming stars like Keira Knightley and Chris Pine. His action films weren’t just all about the visual and auditory overload his contemporaries only focused on. Tony Scott used his actors and got from them good to great performances which raised what would’ve been your typical action film to something more.

One of my favorite scenes Tony Scott ever did was also from one of his films I consider one of his best. It’s the last main sequence for his 2001 spy thriller, Spy Game, which starred Robert Redford and Brad Pitt. It was a film that was the passing of the torch from one blue-eyed star of Hollywood’s yesteryear to the current blue-eyed star. This film could’ve been all about action and explosions and techno-spy babble, but it instead became a great exercise in how to create an action-thriller that allowed for dialogue to become the engine that moved the action.

This scene is a favorite because it was the culmination of the machinations and secret plannings of Redford’s aging spymaster, Nathan Muir, to try and save his wayward protege in Brad Pitt’s Tom Bishop. While it would be best for people to watch this scene having watched the rest of the film beforehand, even just watching Redford take control of the room is a clue to how well Tony Scott allowed his actors to work the scene instead of forcing them to do it his way. It’s no wonder that Denzel Washington, considered to be the best actor of his generation, kept working with Tony over and over for the past decade. 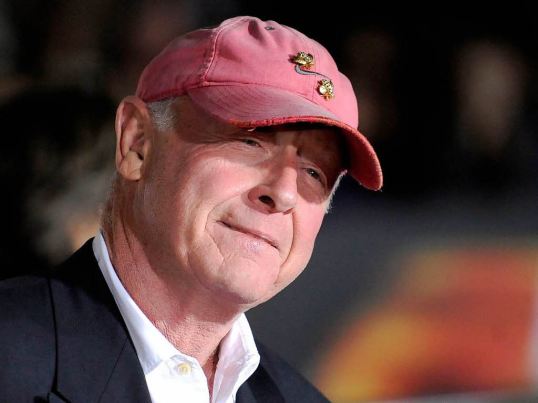 It looks like while vampires and zombies may be battling it out as the “monster of the moment” the past couple of years there’s an oldie quietly sneaking up behind them to try and take up the general public’s attention.

The first shot was a little film from South Africa called District 9. I think more than a few people saw that little film. Then last year we had a film from two special-effects brothers called Skyline. That particular shot wasn’t as good as the previous title mentioned. In fact, it was godawful though not without it’s perverse entertainment value one gets from watching a very awful film that still manages to entertain (though probably not in the way it’s creators intended to).

In less than a couple of months a film called Battle: Los Angeles will hit the bigscreen and will hopefully be a tad better than the similar plotted Skyline. This one has another South African directing it so that may be a good thing.

Coming this June is a tv series that also follows a similar theme of “alien invasion” with the DreamWorks Television series Falling Skies from producer Steven Spielberg and screeenwriter Robert Rodat. The show will premiere on TNT and stars Noah Wylie, Moon Bloodgood, Will Patton and Dale Dye. From what brief snippets of information that has been released about it the show looks to be similar in tone to Spielberg’s own War of the Worlds where it’s about the human armed resistance trying to retake their cities and the planet back from the alien invaders.

It definitely seems to be a very ambitious show and one that hopefully has a much leaner and efficient take on the alien invasion story than the current remake of V: The Series on ABC. That one had many hoping for a sci-fi to make a great return to network tv and instead we got aliens meets True Blood.

Here’s to hoping Falling Skies doesn’t have aliens wanting to have sex with humans and instead aliens just wanting to kill and/or eat humans instead. I think that would make for a much better show.