Some comics really make you work.

Not as hard as the cartoonist who made them, of course — and Austin English busted his tail (and his hands, and probably even his brain) on his latest solo book, The Enemy From Within, published in late 2017 by Sonatina Comics. The sheer effort that went into the creation of the thematically-linked triptych of stories (the titular “The Enemy From Within, ” “Half-Hearted Slogan Dance,” and “Solo Dance #2”) is apparent on all 22 of these intricately-detailed, insanely imaginative pages. English uses every last millimeter of space available to him, his images densely packed from corner to corner, side to side, negative space a luxury he can seldom afford. He’s clearly got a lot to say — but what is it?

I’ll be honest — four times through this book, I’m still trying to figure that out. But I think that’s…

104 years ago today, the most important Italian filmmaker of all time was born.  Today is Mario Bava’s birthday!  And, as we often do here at the Shattered Lens, it’s time to celebrate with…

Since today is apparently Harry Potter’s birthday (Mazel Tov!), it seems like a good day to share a Harry Potter scene that I love.  Here is Harry Potter confronting the sadly misunderstood Snape in Harry Potter and the Deathly Hallows, Part 2! 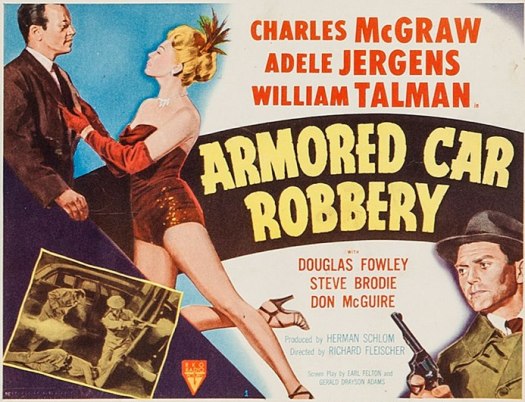 Looking for a tough, no-frills ‘B’ crime drama? Look no further than ARMORED CAR ROBBERY, which is just what it says it is, the planning, execution, and aftermath of said dirty deed, with a cast of rugged mugs and hard-hearted dames directed by Richard Fleischer during his salad days at RKO. The movie echoes Robert Siodmak’s CRISS CROSS in its heist scene, and I’m sure Stanley Kubrick watched and remembered it when he made his film noir  masterpiece THE KILLING .

Make no mistake, ARMORED CAR ROBBERY isn’t on a par with those two films. It is, however, an enjoyable little 67 minutes of cops vs crooks. Criminal mastermind Dave Purvis assembles a gang of low-lives to pull the caper off, killing a cop in the process. The cop’s partner, Lt. Jim Cordell, is now determined to hunt the crooks down and avenge him. One of the participants, Benny McBride…

Today’s music video of the day is Bad Boys, by the Jamaican reggae band, Inner Circle.

Yes, that would be the Cops theme song.

When Inner Circle first recorded and released Bad Boys in 1987, the song didn’t receive much attention.  That all changed in 1989 when a new docuseries premiered on Fox.  Cops followed the police as they patrolled the streets, dealt with a hostile citizenry, and broke up domestic disputes.  Every episode opened with a disclaimer (“All suspects are innocent until proven guilty in a court of law.”) and the opening verses of Bad Boys.

In 1993, the show’s worldwide success led to Inner Circle rereleasing Bad Boys as a single and filming the music video below:

Thirty-one seasons later, Cops is still in production and even those who may not be aware of who performed the song still know the famous “whatcha gonna do?” chorus.

“Some 15,000 years ago people drew on cave walls. They invented ways of expressing themselves. With a strong desire to express what they felt, they drew without hesitation. Their work carried the conviction of positive thought in expressing a sensation. Their drawing are great because of their delicate sensitiveness and the assurance that reveals how they felt. They are not realistic or abstract, but are pure expressions. If these people were able to create great art, surely you can. The only barrier you have is your mind. You must feel sure of yourself and work with the conviction that you are starting something truthful. Creative work needs a starting point. Not unlike the foundation necessary for a fit life. The same commitments are demanded for both the artist’s picture and the artist’s life. The picture without structure is superficial and empty.”

Below are just a few of the many covers that A. Leslie Ross panted over the course of his long career.  Born in New Jersey and educated at the New York School of Fine Art, Ross opened his own freelance art studio in 1936 and established himself as a talented and in-demand illustrator.  He eventually opened his own private art school and helped to teach a new generation of artists. 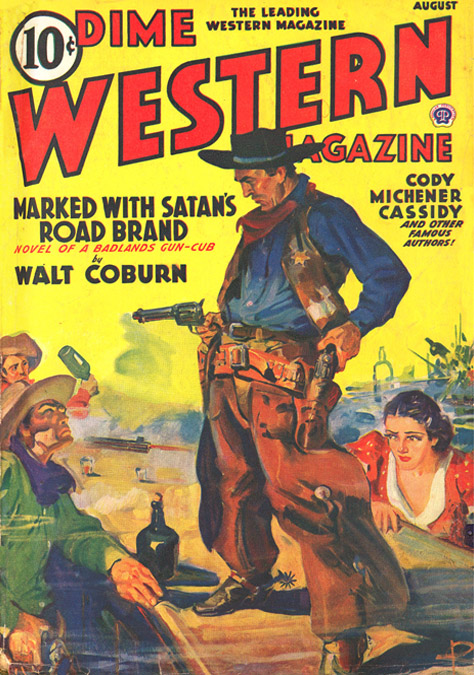 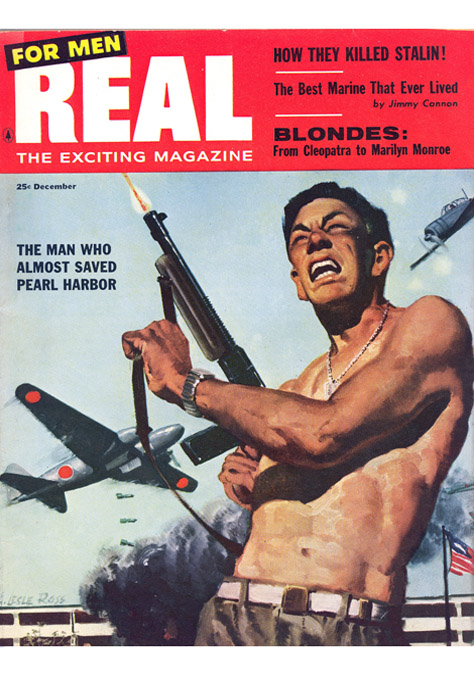 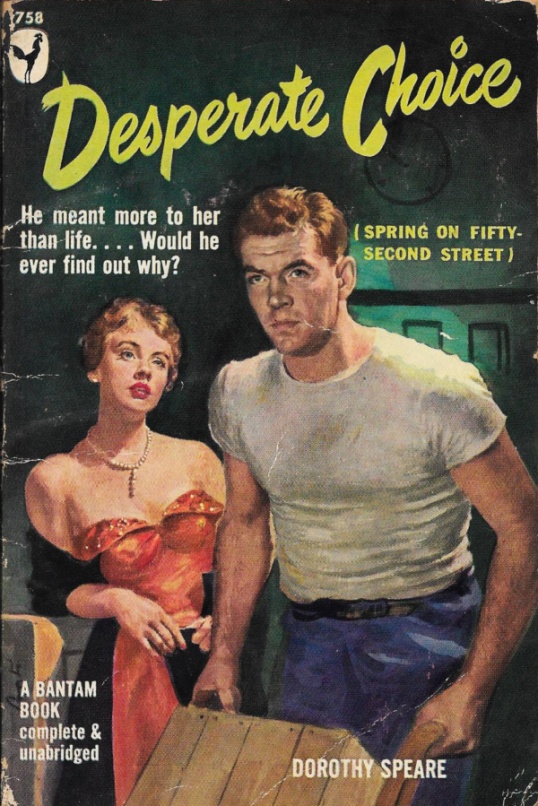 
Filmed over the course of one night on Fremont Street in Las Vegas, the music video for I Still Haven’t Found What I’m Looking For accomplished two things.  First, it showcased the members of U2 at their most approachable and likable.  Secondly, it did wonders to improve the image of Las Vegas as a city.  Instead of focusing on people gambling away their life savings, I Still Haven’t Found What I’m Looking For portrayed Vegas as a friendly and diverse city where, if you go out on the right night, you might even run into one of the biggest bands in the world.  According to civic leader Pat Christensen in a 2002 interview with the Las Vegas Review Journal, “”The whole perception of Vegas changed with that video.  Now all the big names come here, some of them five, six times a year.”

As usual, in this video, the focus is on Bono and the Edge.  Larry Mullen, Jr. and Adam Clayton are both present but it would be easy to mistake them for being a part of the crowd that gathers to watch The Edge play his guitar.  Perhaps that is why, at the end of the video, Adam appears to just wander away from the shoot and get in a waiting taxi cab. 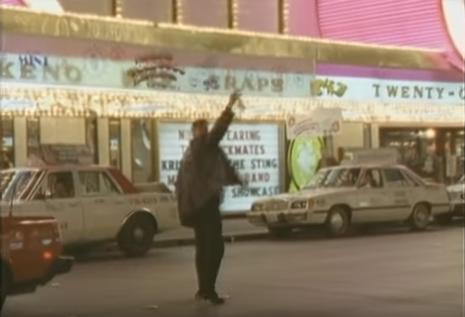