Based in the Arabic folklore of the ghoul, a monster who can eat the flesh of another and take on its likeness. Set in a dystopian future where everything taught against the ruling class is punishable by any means necessary, Nida’s (Apte) father (Zaheer) is captured for just those crimes. Sentenced to a prison where the only possible outcome is death. Years later, Nida, after being recruited by a special force, is sent as a new recruit to that same prison as a guard and interrogator, only to find it has much darker secrets.

“Strike the deal with your blood….. and out of the smokeless fire…. The Ghul will come….”

“The near future. The country has changed. Sectarian violence has reached crisis point. Secret detention centers are established. A military clampdown is in effect.”

“You will not know its presence…. As it takes to your group…. Awake or asleep, The nightmares will begin…”

“Finish the task… Reveal their guilt… Eat their flesh…”

This, honestly, was one of the most intense, terrifying and horrific TV series I have ever watched. It seriously is not for the faint of heart. However, it also is one of the best written, acted and directed horror series I have seen in a long time. If you get a bit squeamish at intense horror, this might not be the series for you, but if you do love to be scared and on the edge of your seat for two and a half hours, this is the one for you.

Where can you watch?

The three part terrifying series is streaming on Netflix now.

Only one more month to go and it’ll be time for TSL’s annual horrorthon!  I’m already working on my October reviews.  Here’s four shots from 4 films that I’m planning on reviewing in October! 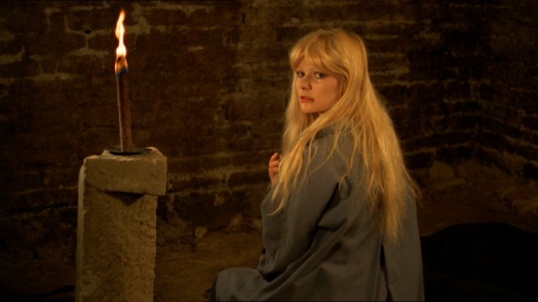 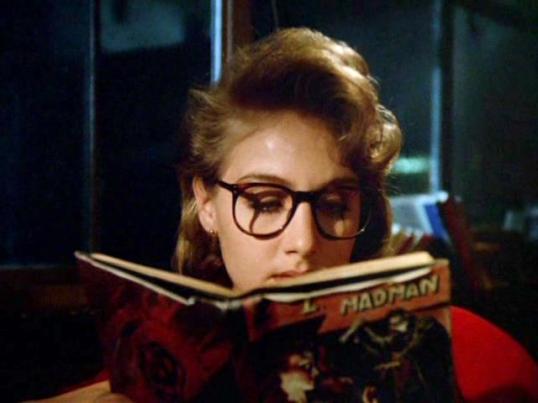 I fear that, with all the hype surrounding the remake of Suspiria, people are going to forget about Argento’s original Three Mothers trilogy.  Inferno was the second part of the trilogy and a loosely connected sequel to the original Suspiria.

In this scene, Mark (played by Leigh McCloskey) finally confronts the Mother of Darkness (Veronica Lazar).  While this scene undoubtedly loses some of its effectiveness when viewed separate from the rest of the film, it still shows off Argento’s dream-like style.

Here’s the scene.  Be sure to track down and watch whole film if you haven’t already:

As a director, Jason Reitman has had a tough few years.  After directing two best picture nominees — Juno and Up in the Air — and one film that should have been nominated (Young Adult), Reitman stumbled a bit with both Labor Day and Men, Women, & Children.

However, this year, it appears that he may be making a bit of a comeback.  Earlier this year, he reunited with Charlize Theron for Tully and directed her to some of the best reviews that she’s gotten in a while.  (The critical reaction to his directing was a bit more mixed.)  Now, with The Front Runner, Reitman is returning to screen just in time for the Oscar season.

The Front Runner is a film about a presidential candidate (Hugh Jackman) who gets wrapped up in a scandal.  Jackman has been getting some Oscar buzz.  To be honest, most films about political campaigns tend to fall flat, largely because filmmakers always seem to get too caught up in their own biases to actually craft a compelling film.  (Remember The Ides of March?)  Hopefully, this film won’t get bogged down in ideology because I’d like Reitman’s comeback to continue.

Listen, I know that some people are excited about the new Predator film.

And some people can’t wait to see If Beale Street Could Talk.

And a few of you are going crazy over the remake of Suspiria.

But, for me, the movie that I’m most looking forward to seeing is Orson Welles’s The Other Side of the Wind!

That’s right.  After a 40-year production period that saw the death of almost everyone involved with the film (including director Orson Welles and star John Huston), The Other Side of the Wind is finally going to be released!  It’ll be premiering on Netflix on November 2nd and it better get a helluva an Oscar campaign.

Before seeing the film, I recommend reading a book about the making of it, Orson Welles’s Last Movie.  It’s a book that Gary reviewed a few months ago…

Way back in 2010, I listed The Other Side of the Wind as one of ten movies that I hoped to see before dying. 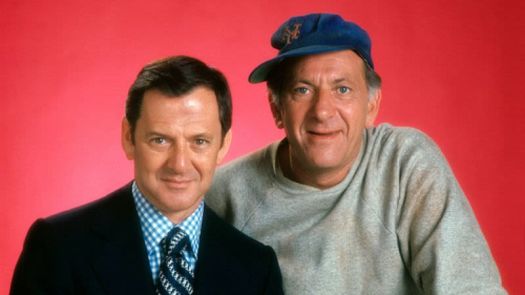 When Neil Simon passed away this weekend at age 91, the world lost one of the 20th Century’s greatest comedy minds. Simon got his start writing for radio along with brother Danny Simon, and the pair soon moved into the then-new medium of television, hired by producer Max Leibman for the staff of YOUR SHOW OF SHOWS starring Sid Caesar, Imogene Coca, Carl Reiner, and Howard Morris. This seminal variety show ran from 1950-54 and featured the talented comedy minds of writers Mel Brooks , Selma Diamond, Mel Tolkin, and Reiner on its staff. The Simons siblings moved to Caesar’s next venture CAESAR’S HOUR (1954-56) along with most of the writing staff, joined by newcomers Larry Gelbart and Aaron Ruben .

The Simons joined the staff of THE PHIL SILVERS SHOW (1955-59) for its final season, chronicling the escapades of con artist Sgt. Bilko. During this time, Neil began working…

The teaser trailer for this Shane Black production didn’t wow me, at all. Then the first trailer came out and a red band one at that. That one was an upgrade but I was still on the fence. They’ve released more teasers, international trailers and tv spot and, once again, I was still not fully sold on the film.

Today 20th Century Fox drops the final trailer for The Predator just two weeks from it’s release date of September 14. This just days after the studio confirmed that the film will be a very hard R-rating raised my interest level.

It is this final trailer (again another red band trailer) is what finally sold me on this film as a must-see. We still know only bits and pieces of what the film will be about but the trademark Shane Black quips and smartass attitude shows up much more clearly with this last trailer.

I actually enjoyed the last Predator film and I hope this one continues the trend and just entertains it’s audience. 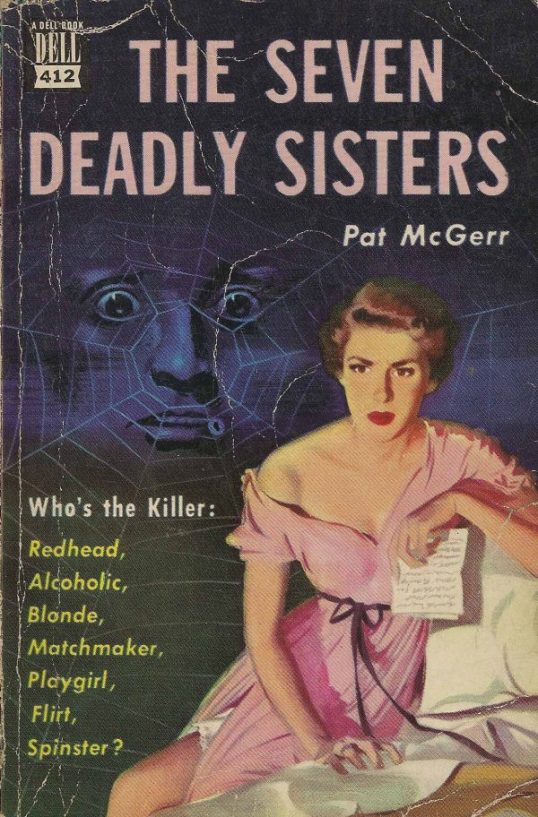 
I have to admit that this is yet another video that I initially assumed was about vampires.  Apparently, it’s not.

My second guess was that it was about the Russian mafia but then they started breaking those plates and I decided that it was more likely that the club was owned by the Greek mafia.

Actually, I think the video’s just about Kristen Stewart doing what she wants and generally kicking ass.  That’s why I like this video.  The meaning is less important than the style.

Note : Here’s another review recently done for Daniel Elkin’s Your Chicken Enemy website. This one went through several changes and revisions along the way, and is presented here in its “first-draft” stage in order for you, should you desire, to do the old “compare-and-contrast” thing. Personally, I like both versions quite a bit, but I do think the final version is more lean, concise, and smartly-presented, no question. As always, the power of a good editor should never be underestimated!

The “final version,” should you have the time and/or inclination to give it a whirl, is available for your edification here : http://www.danielelkin.com/2018/08/no-solid-ground-ryan-carey-reviews.html

Where do your ideas come from?

It’s the most basic question, of course, and one that all novelists, artists, filmmakers, poets, and cartoonists (among others) hear all the time. I would imagine it must get pretty frustrating — after all, it’s both the easiest and…