Last night, as I was trying to write up my annual list of the good things that I saw on TV during the previous year, I realized that I was struggling a bit to come up with enough entries to justify doing a list.  The more I thought about it, the more apparent it became that I watched a lot less TV than usual last year.

(Though I did manage to watch a lot of Lifetime movies…)

Furthermore, when I do think about what I saw on television last year, a lot of my memories deal with being annoyed.  I find myself fixating on those terrible Liberty Mutual Insurance Commercials and that stupid advertisement where they wouldn’t stop saying, “The Tobin Stance…” and especially that Taco Bell commercial with those horrible hipsters, Mary and Dominic, talking about how much they love breakfast tacos.

But, that said, there were still a few things worth praising!  (Hope is never totally lost…)  And here they are in no particular order:

1) South Park Had One Of Its Greatest Seasons Ever!

Seriously, 2015 saw South Park have one of its greatest seasons ever.  Trey and Matt took on the excesses of PC Culture and ended up providing one of the most important and incisive critiques of 21st Century America ever.  At a time when political and cultural criticism is growing increasingly dreary and predictable, South Park delivered a much-needed jolt to the system and reminded of us why satire and humor are so important in the first place.  Perhaps the best part of this season was watching dreary PC-obsessed critics desperately trying to figure out how to praise this season without acknowledging that they were the ones being satirized.

One of the best shows on television premiered on the Lifetime network.  UnReal took us behind the scenes of a Bachelor-type series and provided the ultimate take down of reality television.  I love reality TV but I loved UnReal even more.

Save us, Groovy Bruce!

Agent Carter didn’t get as much attention as it deserved during its 8-episode short season.  I loved the show’s retro look, I loved the way it satirized 40s style sexism, I loved the dashing Dominic Cooper as Iron Man’s father, and most of all, I loved Hayley Atwell as Peggy Carter!  The overrated Supergirl has been getting a lot of attention as an empowering comic book show but honestly, Agent Carter did it first, did it with style and wit, and did it a 100 times better.

At times, this HBO miniseries was a bit too heavy-handed for my taste.  But overall, it was a fascinating look at municipal politics and racism up north.  (Yes, there are racists up north, as much as people refuse to admit it.)  Plus, Oscar Isaac gave a great performance as an initially idealistic politician who is literally destroyed by his attempt to do the right thing.

HBO pretty much fell apart this year (The Brink?  Ballers?) but, fortunately, Netflix was there to offer up some of the best original programming of the year.  Kimmy Schmidt is brilliantly hilarious and gives Elle Kemper a role that is finally worthy of her talents.

Again, who needs Supergirl when you’ve got Jessica Jones?

8) Glenn lived on The Walking Dead!

Actually, I don’t know if that’s a good thing or a bad thing.  To be honest, having Glenn survive that zombie attack totally goes against everything that The Walking Dead previously stood for.  After all, this was the show where anyone could die.  It didn’t matter if you were likable or popular or if the sight of you being ripped into pieces would traumatize the viewers.  Under the previously established rules of the show, Glenn should have died.  And yet, he didn’t.  And I can’t complain because, seriously — was anyone really ready to see Glenn die?  That said, if Glenn somehow escapes certain death a second time, it’ll be a problem. 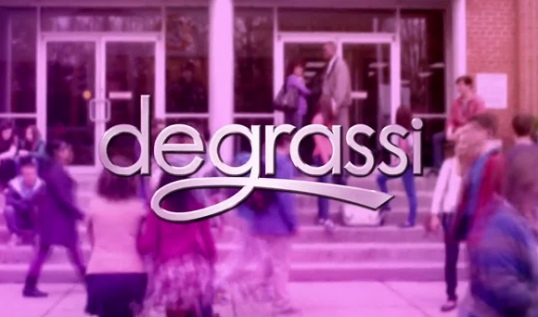 9) Degrassi Was Picked Up By Netflix!

Oh my God, I was so upset when I heard that my beloved Degrassi would no longer be airing on TeenNick.  I’ve always said that the day when there were no more episodes of Degrassi would be the day that I would finally have to admit to being an adult.  Fortunately, Netflix picked up Degrassi so I got to put off adulthood for at least another year.

I’m a history nerd so I love all of these TV networks that only show reruns of old people TV shows.  I may never get to personally experience what it was like to be alive in the 1970s but I can a rerun on an Old People TV Network and get a taste.  And happily, it seems like there’s a new Old People TV network every day!  Seriously, I’m getting quite an education.

Last year, they showed both Shock and The House By The Cemetery on TCM!  Finally, Bava and Fulci are getting the respect they deserve.  Now, if only TCM would show a Jean Rollin film…

Actually, I just love TCM in general.  It’s without a doubt the greatest thing in the world!

Seriously, I am so happy that there is always something else for me to watch while everyone else in the world is watching a Presidential debate.  My main fear is that, in the future, all of the networks will decide to simultaneously air the debates (like they occasionally do with charity fund raisers) and there will be no escape from the droning emptiness of it all.

(Seriously, I could imagine them doing it.  “These debates are damn important…”  Whatever.)

Seriously that was pretty neat, even if I did turn out to be 100% incorrect in my prediction. 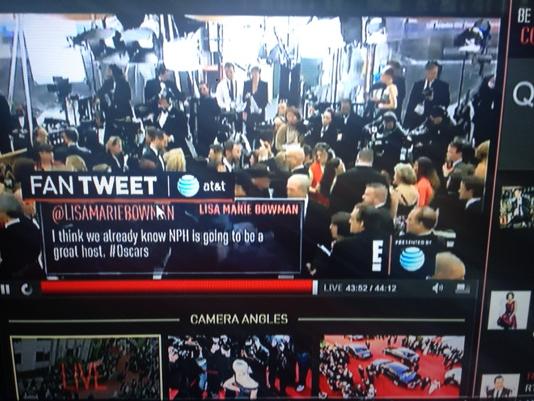 15) I trashed The Leisure Class and sent at least one troll into a rage spiral!

Seriously, never underestimate how much some people love the unlovable!  My oddly controversial review of the Project Greenlight film really rubbed some people the wrong way.  That some people felt so strongly about it is both alarming and amusing.

16) Dancing Sharks at The Super Bowl!

Tomorrow, I’ll continue my look back at 2015 with my ten favorite non-fiction books of the year!

The nominees for the SAG Awards were announced earlier today!  The SAG Awards are usually one of the more accurate of the various Oscar precursors.  Because so many members of the Academy are also members of the Screen Actors Guild, the SAG Awards are usually a pretty good indication of what films are on the Academy’s radar and which ones aren’t.  Occasionally, an actor will be nominated by SAG and then snubbed by the Academy.  Last year, for instance, SAG nominated Jake Gyllenhall for Nightcrawler, Jennifer Aniston for Cake, and Naomi Watts for St. Vincent.  None of those three received any love from the Academy.  But, for the most part, SAG is one of the most reliable precursors out there.

And that’s why so many of us are in shock today!  The SAG Awards in no way resembled what many of us were expecting.  Other than Spotlight, none of the film’s that many of us expected to be nominated for best ensemble (the SAG’s equivalent of the Academy’s best picture) were nominated (and even Spotlight only received one other nomination, for Rachel McAdams who, up to this point, hasn’t really figured into the Oscar discussion).  The Martian was not nominated for best ensemble or anything else for that matter.  Creed was totally snubbed.  Brooklyn was nominated for actress but not ensemble.  Mad Mad: Fury Road was nominated for its stunt work and nothing else.  Helen Mirren received two nominations, for films that hardly anyone (outside of the SAG, obviously) was really paying any attention to.  Sarah Silverman received a best actress nomination for I Smile Back, which I hadn’t even heard of until about a week ago.  It’s an unexpected and strange group of nominees.

Keep in mind, it’s not necessarily a bad thing that the nominees are unexpected.  Beasts of No Nation and Straight Outta Compton will both receive deserved boosts in their hunt for Oscar gold.  At the same time, I have to admit that I wasn’t happy to see either The Big Short or Trumbo nominated for best ensemble because I know I’m going to feel obligated to see them and they both look so freaking tedious and blandly political!  But consider this: if The Big Short and Trumbo are both huge Oscar contenders, we may face a situation where both Jay Roach and Adam McKay are nominated for best director in the same year.  I think that’s one of the signs of the apocalypse and, at this point, I’m kind of ready to welcome the end of the world.

Anyway, here are the SAG nominations!  Look them over and, after the Golden Globe nominations are announced tomorrow, update your Oscar predictions accordingly.

Best Performance by a Cast Ensemble in a Motion Picture

Best Performance by a Male Actor in a Leading Role

Best Performance by a Female Actor in a Leading Role

Best Performance by a Male Actor in a Supporting Role

Best Performance by a Female Actor in a Supporting Role

Best Performance by a Stunt Ensemble in a Motion Picture

Best Performance by an Ensemble in a Drama Series

Best Performance by a Male Actor in a Drama Series

Best Performance by a Female Actor in a Drama Series

Best Performance by an Ensemble in a Comedy Series

Best Performance by a Male Actor in a Comedy Series

Best Performance by a Female Actor in a Comedy Series