Today, we wish a happy birthday to the one and only Sam Raimi! 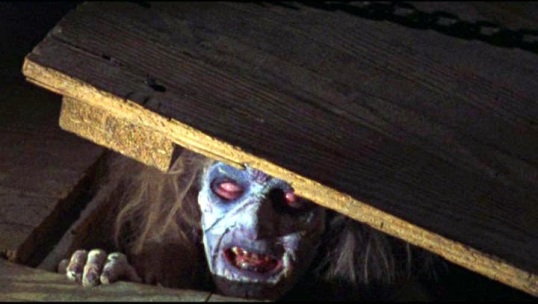 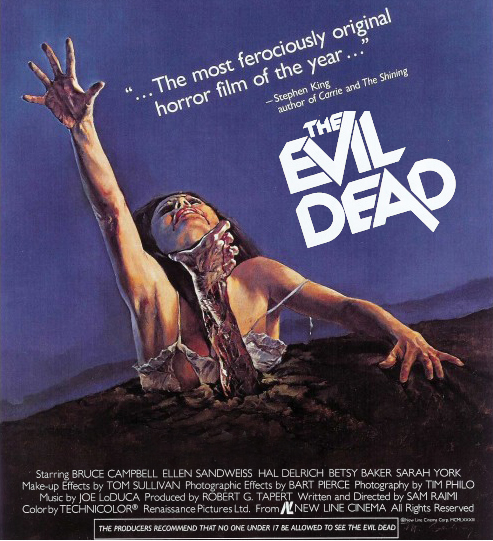 In 1981, the inspirational British sports drama CHARIOTS OF FIRE edged out Warren Beatty’s sweeping socialist epic REDS for Best Picture at the 54th annual Academy Awards. Bah. I’m here to say THE EVIL DEAD is a better movie than either of them! At the very least, it’s a helluva lot more fun! It features a stunning debut for writer/director Sam Raimi, who, though he had far less money to work with than Beatty or CHARIOTS director Hugh Hudson, demonstrates some mega talent on a mini budget. 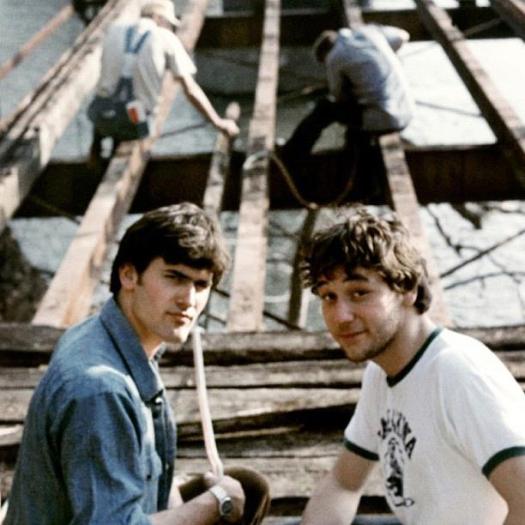 Raimi was a movie mad kid from the suburbs of Detroit who experimented with making Super-8 shorts as a teen with his friends, including EVIL DEAD star and cult icon Bruce Campbell . They put together a 1978 supernatural slasher called WITHIN THE WOODS, hoping to attract attention and make it into a feature. Raimi managed…

This weekend we see the release of another horror remake. A remake of a film that’s considered a grindhouse and exploitation classic that’s sure to anger its legion of fans. Well, that anger seem to have dissipated as hype and buzz about the remake started to spread throughout the film blogging community with emphasis from those covering genre.

The Evil Dead by Sam Raimi still remains one of those horror films that horror fans love to talk about. It’s an exercise in the low-budget, guerrilla-style filmmaking that didn’t just introduce Raimi to the genre crowd, but also gave us all the greatest gift in the form of Bruce Campbell aka “God When He Takes Human Form”.

The franchise which grew around the original film may have morphed into classic horror slapstick, but nothing beats the original in being a truly brutal film. Yes, it’s a horror film that some find quite entertaining but it’s also a film that seems to relish in punishing its audience. There’s not much slapstick about this first film in the series and for some it continues to be one of the top horror films ever made.

So, for everyone who go out this weekend to watch the remake, Evil Dead, but who have never seen the original should go find a copy of the dvd (there’s like a bazillion different editions of it) and see why it remains a true horror and grindhouse classic.

Horror remakes is almost as old as the history of film. I’ve tried to educate those who complain that another horror classic was being remade and it will suck. Guess what horror classics have always been remade and they don’t always suck. So, instead of telling these snobs to go in their rooms and drool and jerk one off to their classics they don’t want tarnished by a remake I just shake my head and try to see if the remake holds up to the original or, better yet, judge the remake on it’s own creative merits and see if it brings something new to the “classic” original.

In 2013 we see one such horror remake arriving on the big-screen with Fede Alvarez’s new take on a true horror and grindhouse classic horror, The Evil Dead.

The film will be produced by two of the same people who made the original film in Sam Raimi and Bruce “God when walking amongst the humans he created” Campbell. There will not be a character named Ash, but the role of Mia (played by Jane Levy) will take on a similar role in the film. This trailer first premiered for a select audience during this year’s New York Comic-Con and the response was loud, louder and even louder. One thing which everyone who saw the trailer seemed to agree was that the remake looks to honor the original film (rushing POV tracking shots to the oppressive atmosphere throughout the film) while also giving director Fede Alvarez a chance to add his own visual and narrative style to the production.

It is going to be a gory remake and very oppressive and nihilistic. What the trailer doesn’t seem to hint at is any sign of dark humor that fans of the original film are now nitpicking about. Guess what…the original was straight up grindhouse horror that had nothing humorous about (well unless you consider a possessed tree raping a woman as being hilarious). So, it’s going to be interesting to see if this remake will get a chance to impress the fans of the original while at the same time show those new to the horror genre a glimpse at what 70’s horror was really all about.

Hi and welcome to the latest installment of Lisa Marie’s Favorite Grindhouse and Exploitation Film Trailers.  I apologize for being a few days late with this installment.

This week, I’m highlighting trailers from the year 1981.  1981 not only saw the release of Lucio Fulci’s twin classics The Beyond and The House By The Cemetary, it was also the year that my sister Melissa was born.  (Happy birthday, Melissa Anne!)

You may notice that, despite citing them above, I did not include the trailer for either one of Fulci’s films in this post.  I’m saving them for a future edition.  Instead, let’s start with Alien Contamination and end with Christiane F. and see what waits in the middle.

Earlier in this series, I featured the trailer for Luigi Cozzi’s Star Wars rip-off, Starcrash.  This is the trailer for Cozzi’s attempt to rip-off both Alien and Lucio Fulci’s classic Zombi 2.  The film is pretty dull but I have to give the trailer mad props for actually making this movie look like it might be kinda fun.

In this trailer, David Cronenberg proves that nothing sells a film like an exploding head.

I haven’t seen this film but I’ve read several favorable reviews of it.  While the trailer isn’t nearly as graphic as some of the other trailers that I’ve featured in this series, I still like it.  With the ominous narrator and all, it has a nice retro feel to it.

Speaking of retro, here’s the trailer to the original Evil Dead.

5) Copkiller a.k.a. Order of Death

I recently ordered this Italian film off of Amazon but I have yet to sit down and watch it.  The trailer, for me, is memorable just because it’s a chance to see both Harvey Keitel and Johnny Rotten (who were both quite the sexy beast back in 1981) occupying the same space.

Some people, I know, would disagree with me referring to Christiane F. as being an exploitation film.  I’m sure that the film’s award-winning director — Uli Edel — would disagree with me.  However, Europe’s art films were often sold as America’s grindhouse movies and, just from anecdotal evidence, that was often the case with Christiane F.  Besides, I love this trailer if just for the music alone.