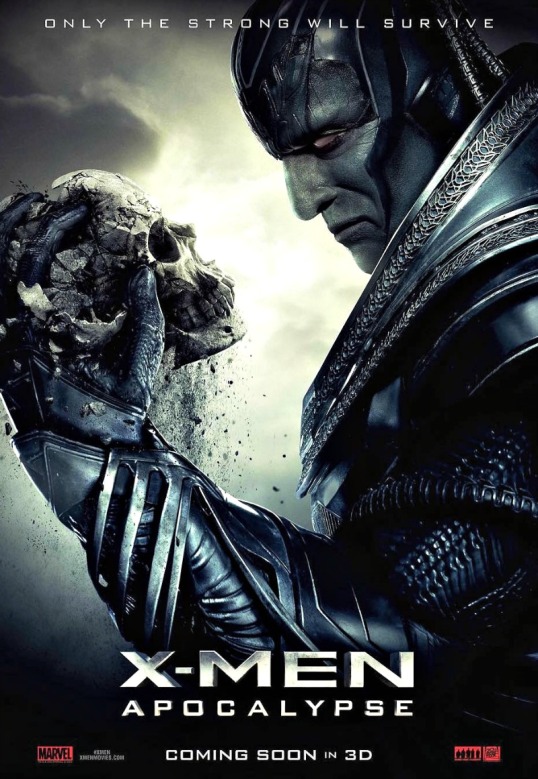 The X-Men film franchise helped usher in the this golden age of comic book films. Looking back at those early films makes for a love them or hate them reaction. The first two helped establish the beloved characters onto the bigscreen while successive sequels and spinoffs did much to try and tear down the goodwill created by the former.

Matthew Vaughn helped in the franchise course correction with the surprisingly good X-Men: First Class. Bryan Singer’s return with that film’s follow-up with X-Men: Days of Future Past was another step in the right direction. It even marked the beginning of Fox’s attempt to replicate Marvel Studios’ cinematic universe building.

X-Men: Apocalypse is suppose to help build on the foundation laid down by the last film. It also looks to be a sort of reboot of the core characters to their much younger versions. The doomsday vibe of the film really comes off well in the trailer and it shows enough action to excite fans.

Then they show a great looking Psylocke using her psy-blade in a way it was never meant to be as. Just embrace books Fox. Just embrace it instead of mucking it up.


Jason Bourne is back and uses the biggest sporting event to showcase in an action-packed tv spot why people should care that he’s back.

Yes, we know who he is. He definitely knows who he is, but this time around it looks like he remembers everything. If that’s the case then the CIA may be in for another beating Paul Greengrass-style with all the shaky-cam we can shake a stick at.

Looks like, if this tv spot is any indication, that Jason Bourne wasn’t taking it easy physically while he was gone. He definitely didn’t skimp on the lifting. 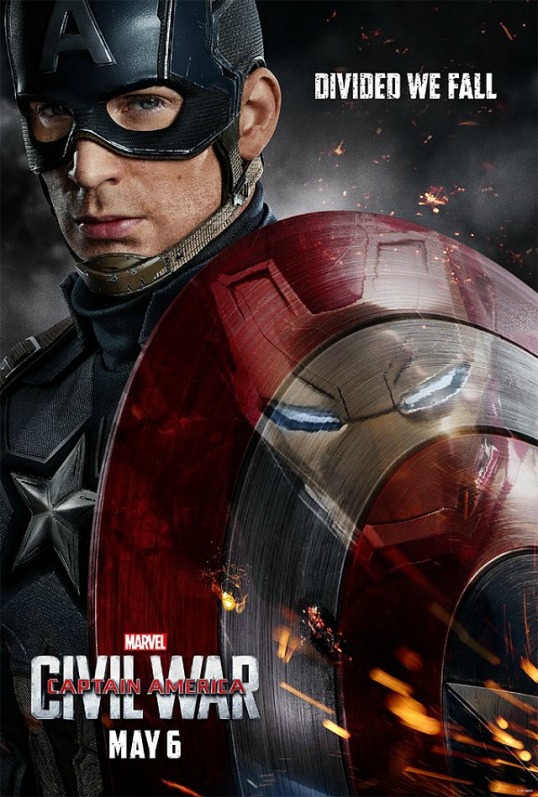 It’s that time of the year when the country (to some extent the world) witness a sporting event that’s become almost ritualistic in how it gathers it’s audience. I’m talking about the yearly Super Bowl pitting the NFC champions against the AFC champs. Even if one wasn’t a huge fan of football, the Super Bowl has become such an event day not just for the game, but the half-time show. Then there are the commercials which has become just as anticipated as the game itself.

It’s this day that we get major studios plying their upcoming films for the summer blockbuster season and Disney is not a studio to let this day pass without showing something new regarding one of their biggest films this summer.

The first Captain America: Civil War trailer a couple months ago got everyone anticipating the film. Now we have the Super Bowl TV spot to fan the flame of hype for the film that dared to go up against Batman v. Superman: Dawn of Justice when they both had the same release date: May 6, 2016. The latter film blinked and opted to dominate the film landscape a couple months earlier.

This tv spot emphasizes the fractured nature of Avengers that lends to the film’s title of civil war.

So, which team are you on? Are you on Team Captain America? Or are you more the Team Iron Man?

The sequel to J.J. Abrams’ 2009 Star Trek is just months away. It returns not just Abrams into the director’s chair but also the whole cast of the rebooted franchise back to boldly go where no one’s gone before.

Star Trek Into Darkness (still an awkward title but then we don’t to watch a film in the theaters because we like or don’t like how the title sounds) just released it’s latest trailer (this time a TV spot) during Super Bowl XLVII. The spot has new scenes and images that the previous teasers and trailers didn’t already show. We may have gotten a hint into the villain portrayed by Benedict Cumberbatch in the film. While the name Khan has never been mentioned in any ad and marketing spots since the film was announced I’d be very surprised if the villain is not some sort of analogue of that classic Star Trek rogue.


One of the films that was to have it’s day in the Super Bowl ad campaign rush was Paramount Pictures’ troubled epic zombie apocalypse film, World War Z.

Starring Brad Pitt and directed by Marc Forster, the film is an adaptation (very loosely adapted from the novel) of the novel of the same name written by Max Brooks. Anyone who is even remotely interested in the topic of zombie fiction (or that they’re real like certain awesome people) have read this novel and have been highly anticipating the film. When the first trailer was released several months ago the reaction to the changes made from book to film was a resounding “Huh” to “WTF?!” from fans.

Time will not be changing some of these reactions, but from the sudden release of the Super Bowl ad TV spot that the film will show during Sunday’s Big Game it looks like the film will take the basic premise of the novel and go it’s own way. The zombies being CGI when seen from a distance and moving like ravenous army ants (siafu as the Japanese call them which is also what the zombies were called in the novel).

The film seems to want to see the zombie apocalypse first-hand as it occurs and sped things up to bring more action to the proceedings. This is not a bad thing if the film had been titled other than World War Z, but since it needed to use that name the complaints by fans of the novel will continue. Just based on the trailer and this teaser spot alone it looks like there’s something interesting going on in this film that people will either love or hate. I’m hoping I’ll be of the former than the latter.

We’re just a month away from the release of Marvel Studios’ long-awaited superhero team action film The Avengers. It’s a film that’s been many years in the making with five other Marvel Studio films released prior to it introducing the many characters who will form the ensemble for this project.

It’s not going to be much of a surprise to see many tv spots and on-line releases of 30-second clips to help hype a film that needs no more hyping. While it seems all these incoming tv spots just rehash the same scenes from the several trailers already released once in awhile we see a quick new scene that should help excite the fan-base even more. This time around that new scene is one of the Hulk himself taking on a couple of Loki’s alien army. All that is missing is the Hulk saying “Hulk Smash!” as he simply smashes one of these alien bastards.

The Avengers (retitled Avengers Assemble to differentiate itself from the awful The Avengers film adaptation of the British spy tv series of the same name) will have it’s world premiere on April 11, 2012 in Hollywood with a general wide release on May 4, 2012 starting in the US.