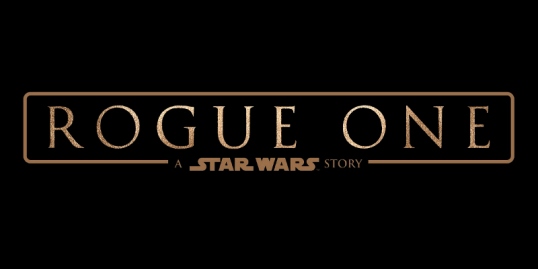 The Rogue One official trailer finally came out after weeks of fans waiting for it since last month’s Star Wars celebration over in London.

At first, people thought the trailer would be released during the celebration, but that didn’t come to pass. Then San Diego Comic-Con came and went and still no official trailer. We already seen the teaser, the sizzle reel from London celebration and even a tv spot that aired in the last week or so. Yet, there was still no full trailer. Fans were waiting with extreme patience.

Once news came down that the first official trailer will show during the Olympics the guessing game began on which day it will be. When it was confirmed that it was to be tonight people worldwide began to wait for the trailer to premiere. And waited during each Olympic event. And waited some more. I, myself, decided I needed a nap and left orders to be awoken when it finally did show.

Well, it did show just an hour into my nap and despite being groggy from being woken up that first image of the desert planet with Forest Whitaker and Felicity Jones conversing got my full attention. The wait was long, but it was well worth it and now the wait for the film’s premiere begins.

The world has been dying to see the first teaser trailer for the next Star Wars. The most recent one came out at the end of last year and already people wondering why this next one hasn’t already come out.

Well, it will come out this December when the public is flush with money to spend on the holidays (though we all know it’s probably to buy Rogue One: A Star Wars Story tickets as holiday gifts for themselves).

This teaser trailer shows us stuff that happened between Episode 3 and Episode 4. It also focuses on a new hero character which has raised the ire of the most vocal minority (very tiny) of the Star Wars fandom. We’re introduced to Jyn Erso played by English-actress Felicity Jones who we learn is not just a criminal of sorts, but one ready with a smartass quip.

Star Wars has another woman in the lead role! First it was Rey in Star Wars: The Force Awakens. Then just the last couple weeks, one of the few redeeming things about Batman v. Superman was the appearance of Wonder Woman. We can’t forget how last year’s Mad Max: Fury Road was being called Mad Max Furiosa Road.

The MRA mouthbreaters and Mary Sue labelers have had it up to their neckbeards of having their beloved franchises being invaded by the opposite sex. They’re already calling for boycotts and petitions to get Rogue One from being released as is. They want their fictional heroes to return to the good ol’ days of privileged, white men who rescued and kissed damsels (even if they to be their sister) in distress.

Their shouts and cries of impotent rage has been drowned out by the massive majority of even more vocal supporters of another female heroine in a fictional universe which dares to posit that dangerous question: can women be heroes? It looks like after Rey and now, with this upcoming film’s Jyn Erso the answer may be a collective and very loud “Yes, Yes, Yes.”

Rogue One: A Star Wars Story is set for a December 16, 2016 release date or be on hold indefinitely if the MRA neckbeard mouthbreaters get their court injuction to delay its release. 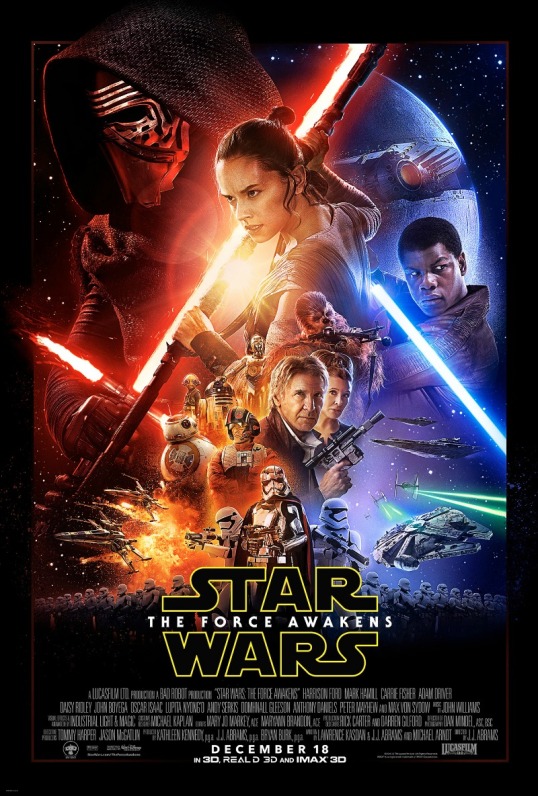 Just a couple weeks ago saw the release of the first and last official trailer for Star Wars: The Force Awakens. It was teasers before that one. The official trailer was suppose to keep the Star Wars fandom sated until December 18 (or earlier for those willing to brave the early advance screenings before midnight). It pushed all the right buttons to keep the fandom happy and wanting more.

Out of the blue, this morning saw Disney release without any fanfare a new trailer but one cut and edited for the Japanese market. It’s a trailer that includes scenes and images already seen in the previous official trailer and two earlier teasers, but also happened to include newer scenes (that still doesn’t spoil what the film will be all about) involving BB-8, Kylo Ren and more Princess Leia and Chewie.

It’s not hyperbole when I say that Star Wars: The Force Awakens broke the internet tonight. Fandango announced pre-sale of tickets early by accident which caused the massive Star Wars fandom to rush on-line to be able to buy tickets before they ran out for the early showing on December 17, 2015. Well, this hasn’t gone down well with many who thought the pre-sale orders were going to go up after the trailer debuts during halftime of Monday Night Football.

I was one such out-of-luck individuals, but I remembered my days of youth when pre-ordering tickets to such event films meant going to the theater itself and buying them in person. This I did and I’m blessed to have gotten all the tickets I need.

Thus, despite Star Wars: The Force Awakens breaking the internet it would seem doing things the old-school way still rewards those who still thinks in analog and not just digital.

Now, let’s watch the latest trailer for Star Wars: The Force Awakens over and over before it premieres on December 18, 2015.

I was at work when this trailer dropped and I can honestly say that I couldn’t wait to go on break so I could watch it and allow myself to react in an honest and proper way. To say that I lost my ever-loving mind once the trailer began playing would be an understatement.

Star Wars: The Force Awakens looks to return to it’s proper space opera roots. Roots as in the first trilogy instead of the much-maligned (deservedly so) prequel trilogy which would end up marking George Lucas’ final work on the franchise he created in 1977. Walt Disney Studios has bought all that is Star Wars and the industry which sprung from it’s creation and are now master of all.

J.J. Abrams now has the tough task of pulling back in the fans that felt disappointed at how the last three films in the franchise turned out. From what this teaser trailer has shown he seems to have come up with a new entry in the franchise that may just delight fans old and new.

Oh yeah, Chewie is back alive and well. No more of that dropping a moon on his head crap.

Star Wars: The Force Awakens set to give the world a fine Christmas 2015.