The Directors Guild of America announced their nominees today!  The DGA is usually one of the best of the Oscar precursors.  Getting a DGA nomination usually translates to a Best Picture nomination.

Here are the nominees.  There really aren’t any surprises among them, though, based on its strength with the other guilds, I did think that Steven Spielberg might sneak in there with Bridge of Spies.

Alejandro G. Inarritu for The Revenant

Adam McKay for The Big Short

Ridley Scott for The Martian

And here are the nominees for a new award that the DGA is giving out this year!

Here’s what did make the cut:

Best Foreign Language Film is notorious for being a difficult category to predict.  Right now, assuming it’s one of the five finalists, Son of Saul is considered to be the front runner.  Some people even thought it would receive a nomination for best picture of the year but so far, it hasn’t really been much of a factor in the precursor awards.

The Chicago Film Critics Society announced their nominations for the best of 2015 yesterday and it’s pretty much the usual suspects, with a few unexpected names tossed in as well!  Check them out below and try not to get on the Mayor’s bad side because I hear he’s one scary guy.

No, not that time!  I mean that it’s time for me to, once again, attempt to guess which films and performers will receive Oscar nominations next January!

This year’s Oscar race is shaping up to be an interesting one.  Even though some favorites have finally started to emerge, there doesn’t yet seem to be any true consensus choices.  For instance, last year, from the moment the film premiered at Sundance, we all knew that J.K. Simmons was going to win an Oscar for Whiplash.  There was never any doubt.  This year, however, has yet to see any such certainty.

Up until a few days ago, I thought a best picture nomination for Carol was about as close to a sure thing as we could hope for.  But now, word is coming in that American audiences are not reacting quite as enthusiastically to the film as the audiences at Cannes.  Much like last year’s Foxcatcher, it’s starting to sound as if Carol might be a film that people respect more than they like.

Meanwhile, Steven Spielberg’s Bridge of Spies has been getting positive but not exactly rapturous reviews, which is pretty much what I was expecting.  Spotlight seems to be becoming more and more of a certainty.  A lot of self-appointed award divas are going crazy over Cate Blanchett in Truth, a film that looks incredibly tedious.  Myself, I’m hoping that Suffragette turns out to be great and gets all sorts of nominations.  Unfortunately, this means that I’m now in the rare position of actually agreeing with Sasha “I am the game” Stone of AwardsDaily.

And who would have thought that The Room would suddenly emerge as an Oscar front runner!? Way to go, Tommy Wiseau!  Oh, wait.  It’s a different Room?

Anyway, below you can find my predictions for October and no, I’m still not hopping on the Revenant bangwagon, I don’t care how great the damn trailer is!  (Actually, the trailer is really good…but I made my choices for this month and I’ll live with them.)

Be sure to check out my previous predictions for January, February, March, April, May, June, July, August, and September.  (Daaaaaaaaaaamn…that’s a lot of predictions!) 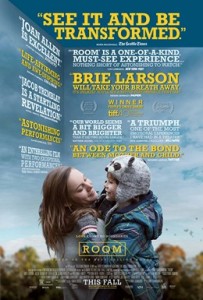 Laszlo Nemes for Son of Saul

Eddie Redmayne in The Danish Girl

Cate Blanchett in Carol (and not Truth, so fug off with that commie crap!)

Paul Dano in Love and Mercy

Kurt Russell in The Hateful Eight

Mark Rylance in Bridge of Spies

Alicia Vikander in The Danish Girl 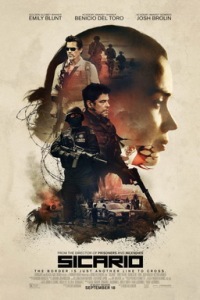