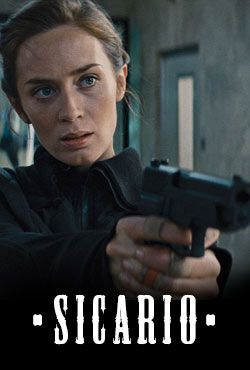 Well, that shows you how much I know.

The 68th Annual Cannes Film Festival came to a close earlier today.  If you’ve been following news from the festival over the past two weeks then you’ve heard that Gus Van Sant’s Sea of Trees is no longer considered to be an Oscar contender.  (That’s putting it gently.)  You’ve heard a lot of acclaim given to Todd Haynes’s Carol.  You have also seen Denis Villeneuve’s Sicario and the Hungarian film Son of Saul emerge as a potential Oscar contenders.  Michael Caine’s performance in Youth was acclaimed, as was the work of Tim Roth in Chronic and Marion Cotillard in MacBeth.

One film that you probably did not hear about was Jacques Audiard’s Dheepan.  As far as coverage of Cannes over here in the states is concerned, Dheepan was ignored.  And yet — once again proving that nobody can predict Cannes — Dheepan is the film that ended up winning the Palme d’Or.  The acting prizes also went to actors who have been under the radar, with the possible exception of Rooney Mara.

(Some day, I will be able to forgive Rooney Mara for playing Lisbeth Salander is David Fincher’s insulting interpretation of Girl With The Dragon Tattoo.  But not today…)

As far as what the past two weeks have meant for the upcoming Oscar race: Well, I think it’s safe to say that we can forget about Sea of Trees.  As for my insistence that Sea of Trees would be nominated … well, we’ll all have a good laugh about it someday.  Carol appears to have emerged as an early front-runner and I think that Sicario could come on strong as well, especially if one of the nominal front runners — like Bridge of Spies, for instance — doesn’t live up to expectations.  It wouldn’t surprise me to see Caine and Cotillard nominated as well.  Everyone loves Michael Caine and, as he gets older, we are more and more aware that a day is going to come that he won’t be around to appear in any more movies.  As for Cotillard, she is everything that Meryl Streep is supposed to be and more.

Anyway, here are the winners!

Best Actor: Vincent Lindon for The Measure of a Man

Best Actress: Rooney Mara for Carol and Emmanuelle Bercot for My King