Earlier today, the New York Film Critics Circle (NYFCC) announced their picks for the best of 2020!

Special Awards
Kino Lorber, for their creation of Kino Marquee, a virtual cinema distribution service that was designed to help support movie theaters, not destroy them.
Spike Lee for inspiring the New York community with his short film “New York New York” and for advocating for a better society through cinema.

The New York Film Critics Circle just voted on and announced their picks for the best of 2019!  (It took about four and a half hours, which is quick by NYFCC standards.)  The Irishman winning Best Picture isn’t a shock but just check out some of the other winners!  The Safdie Brothers for best director!  Lupita Nyong’o and Antonio Banderas for best lead performances!  Check out all the love given to international films!

Now, just because a critics group embraces a film or performance, that doesn’t mean the Oscars will do the same.  (Last year, for instance, Regina Hall was deservedly named best actress but was snubbed by the Academy.)  Still, these awards will keep these names in the conversation and both Banderas and Nyong’o — who, despite their acclaimed performances, have been overshadowed by Adams Driver and Sandler and Renee Zellweger — will probably see at least a little renewed interest as a result of these wins.

Here are the NYFCC winners!

The New York Film Critics Circle announced their picks for the best of 2018 earlier today.  The victories for Roma, Regina King, and Richard E. Grant are not surprising, as all three of them have been getting awards buzz for months.

Ethan Hawke’s victory for First Reformed is a bit more surprising because, even though his performance was widely acclaimed, I think a lot of people assumed that First Reformed came out too early in the year to be an awards contender.  (That’s proving to not be the case, which is a good thing because Hawke’s performance definitely deserves consideration.)

The biggest surprise was Regina Hall’s victory for Support the Girls, a film that I haven’t seen yet,  Is this going to lead to Oscar glory or is this going to be one of those fluke awards that occasionally happens during awards season?  Time will tell but it’s unexpected awards like this that make me love this time of year.

(And yes, I will be watching Support the Girls as soon as I can.  That’s another good thing about awards season.  It can inspire you to take a chance on movies that you might otherwise have missed.) 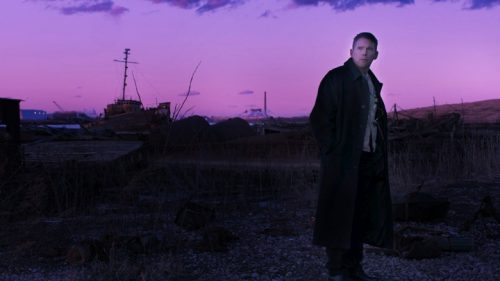 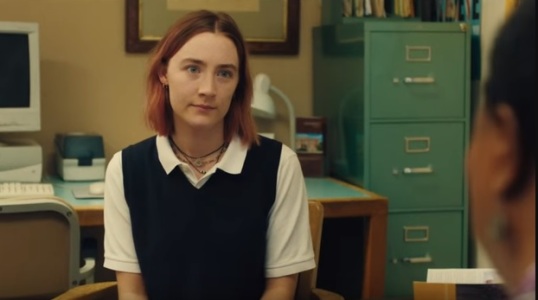 On Thursday, the New York Film Critics Circle announced their picks for the best of 2017!  For best picture, they selected Lady Bird.  If nothing else, that’s a relief to those of us who were scared the entire precursor season would be dominated by The Post.

Here are the winners:

The New York Film Critics Circle met today and announced their picks for the best of 2016!  The awards were pretty evenly divided between the three films that are rapidly emerging as the early Oscar front runners — Manchester By The Sea, Moonlight, and La La Land!

Earlier today, the New York Film Critics Circle announced their picks for the best films and performer of the year!  And the big winner was … Carol!

Best Animated Film
Inside Out

Oscar season is upon us!  December is the time of month when critics across the nation attempt to influence the Oscar race by announcing their picks for the best of 2014!

Up first, the New York Film Critics’ Circle!  They announced their picks earlier today and, while no one is surprised to see Boyhood take best picture, a lot of observers (including me) were surprised for the awards for Timothy Spall and Marion Cotillard.  Spall, of course, had been an early contender for his performance in Mr. Turner but, as of late, he had been overshadowed by Michael Keaton and others.  As for Cotillard, she was on hardly anyone’s radar.  It’ll be interesting to see if her win here is a fluke or if it’s the start of a successful nomination campaign. 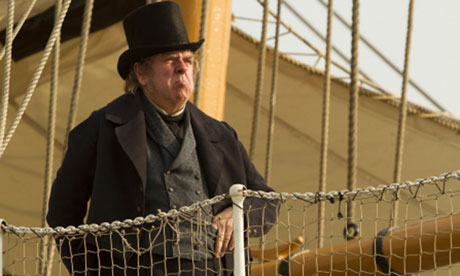 Oscar season has begun!  This afternoon, The New York Films Critics Circle announced their picks for the best of 2013.  Fortunately, I had the office to myself so I was able to follow along online.  Here are the winners and a few random thoughts:

(This is something of a surprise, no?  Most award watchers were expecting 12 Years a Slave to pretty much sweep all of the critics’ awards.  It will be interesting to see if American Hustle does with the other critic groups but, for now, it seems like American Hustle has taken a major step forward to scoring a best picture nomination.)

(This was much more expected.)

(Ditto.  I recently saw All Is Lost.  It’s interesting to note that Redford has only a few more lines than Jean Dujardin in The Artist.)

(I haven’t seen this one yet but I hope to soon.)

(I was kind of surprised how angry some people on twitter got over Lawrence’s victory.  However, from my own personal experience, being intelligent, talented, and pretty really brings out the haters..)

(A lot of people on twitter were upset over this.  I haven’t seen American Hustle yet so I can’t judge.)

(This was the award that managed to tick off thousands of Gravity fans.  Don’t get me wrong — I liked Gravity.  But some of the pro-Gravity people actually make the pro-Avatar people look calm and collected.)

One final note — unlike the Academy, in which a simple majority determines the winner, the NYFCC awards were determined by consensus and, as a result, several of the categories apparently required multiple ballots before a winner was agreed upon.  As such, some of the winners listed above are definitely compromise picks.

Myself, I still have to see a lot of the potential Oscar nominees — including 12 Years A Slave, American Hustle, and Dallas Buyers Club.  However, for now, my favorite film of 2013 remains Upstream Color.

Yesterday, the New York Film Critics Circle weighed in on the Oscar race.  The NYFCC is one of the oldest and most respected of the professional critic organizations.  As far as the state of the Oscar race is concerned, the NYFCC actually wields some influence.  In other words, the NYFCC help to build the bandwagon that all the other little toadsuckers will eventually jump on.

Here are the winners:

On a personal note, I apologize for the delay in getting these results posted to the site.  However, last night, I was pretty busy teaching my very first dance class.  Yay me!

As I mentioned in my last post, the New York Film Critics Circle voted on and announced their picks for the best films of the year today.  Looking over the winners, all I can say is — YAWN!

Best Screenplay:
The Kids Are All Right

Best Actress:
Annette Bening, The Kids Are All Right

Best Supporting Actor:
Mark Ruffalo, The Kids Are All Right

Over on Awardsdaily.com, the response to the New York Critics was: “NO ONE  wrote a better screenplay than Aaron Sorkin this year.”

(And yes, they specifically put that statement in bold print with NO ONE capitalized, just to make sure that the point came through.)

Really?  NO ONE?  It’s time to admit the truth — The Social Network has gone from being a movie to being a cult.  Apparently, even suggesting that any other movie might deserve an honor or two this year is an act of heresy.  Sorry, New York Film Critics.  Prepare yourself to be eaten by lions while the Sorkinites watch and cheer.

That said, the screenplay for The Kids Are All Right had all the depth of a sitcom.  And Mark Ruffalo’s supporting performance was good but nothing that couldn’t have been done by just about any other scruffy actor in Hollywood.  And while Annette Bening did a good job with her role, this is the year of Natalie Portman in Black Swan, Noomi Rapace in The Girl With The Dragon Tattoo, Katie Jarvis in Fish Tank, and Jennifer Lawrence in Winter’s Bone.  This was a year in which so many actresses gave unique, unexpected performances in roles that redefined the stereotypical cinematic female lead.  Annette Bening was good but so many were great.

It’s also interesting to note that The Illusionist (which I haven’t seen and know very little about) was named best animated feature as opposed to the presumed favorite, Toy Story 3.  Just a few months ago, the general assumption seemed to be that Toy Story 3 would easily pick up a best picture nod but it seems like that storyline’s been forgotten in all the hype surrounding The Social Network.