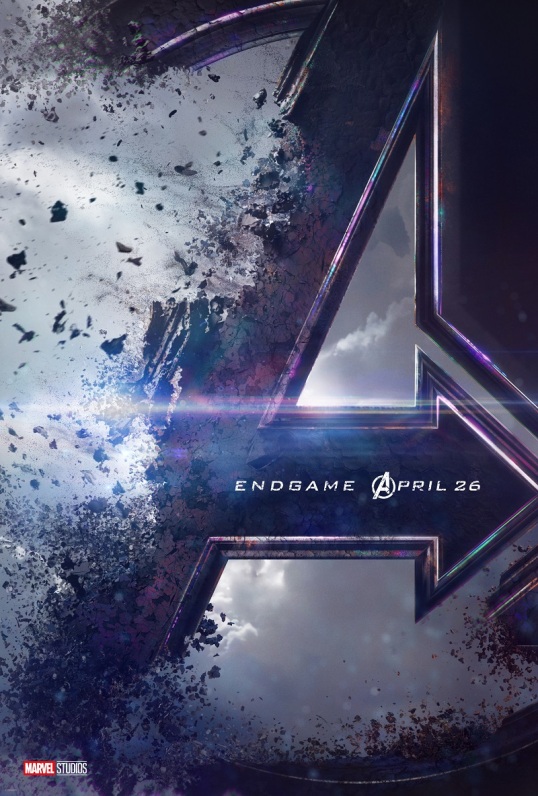 The Hollywood Critics Association was, up until a few days ago, known as the Los Angeles Online Film Critics Society.  Perhaps realizing that HCA just plans looks better than LAOFCS, they announced yesterday that they were changing their name.

BEST PERFORMANCE BY AN ACTOR OR ACTRESS 23 AND UNDER

The winners will announced in December!

This Super Bowl spot from Alita: Battle Angel aired earlier in the game and I somehow missed it.  (I was probably talking about that Game Of Thrones/Bud Light ad.)  So, here it is now!

This film was produced and written by James Cameron and directed by Robert Rodriguez.  According to this spot, if you don’t see this film in a theater, the world will end and it’ll be all your fault.  So, I guess you better make the time.


We’ve seen the future and wow, there’s a lot of trash.

Seriously, that’s the main thing that I’ve noticed about movies set in the future.  No one ever picks up after themselves.  You would think that we’d have robots cleaning and polishing every inch of the Earth but apparently, WALL-E was a lie.

Even with that in mind, though, I still cry every time that I watch WALL-E.  Damn, that’s a good movie.  It totally should have been nominated for Best Picture.  Between that and not nominating Three Identical Strangers for Best Documentary, I don’t know what’s wrong with the Academy….

Anyway, this song appears on the soundtrack of a movie and no, it’s not WALL-E.  Instead, it’s from Alita: Battle Angel, which was written and produced by James Cameron and directed by Robert Rodriguez.  The movie’s coming out this February and maybe it will replace the Valentine-shaped hole that’s been in our soul ever since the Fifty Shades trilogy came to an end.

Or maybe not.  I just hope it’s good!

Anyway, the video is a party in a futuristic rubbish heap.  I don’t suggest trying this in your own neighborhood landfill.  Party clean, everyone.

Welcome to this week’s trailer round-up!

What do you get when you combine a script co-written by James Cameron with the direction of Robert Rodriguez?  We’ll find out when Alita: Battle Angel is released into theaters on December 21st!

A24’s latest period piece, Mid90s, will be released into theaters on October 19th.  This film is the directorial debut of Jonah Hill and, judging from the trailer, his film has got the 90s down.

SNL comedienne Gilda Radner gets a much deserved tribute in Love, Gilda.  This documentary will be in theaters on September 21st.

Judging from the trailer, Final Score looks like it might be the best action film of 1992.  It’s Die Hard in a stadium.  The Eurotrash villains take 35,000 football hooligans hostage but everyone’s too much into the match to notice.  At first, I thought this trailer had to be a parody.

Speaking of things that seem like parodies but are actually meant to be taken seriously, Hunter Killer is a real movie starring two real Oscar winners.  Keep an eye out for Gary Oldman and Common in theaters on October 26th.

Finally, proving that not even bad reviews can keep a Marvel hero down, Netflix’s Iron Fist returns for a second season on September 7th.