Earlier today, the Boston Society of Film Critics announced their picks for the best of 2018.  Along with selecting If Beale Street Could Talk as best picture, they also gave best director to You Were Never Really Here‘s Lynne Ramsay.

Best Actress: Melissa McCarthy (Can You Ever Forgive Me?)
Runner-up: Sakura Ando (Shoplifters)

Best Editing: Tom Cross (First Man)
Runner-up: Bob Murawski and Orson Welles (The Other Side of the Wind) 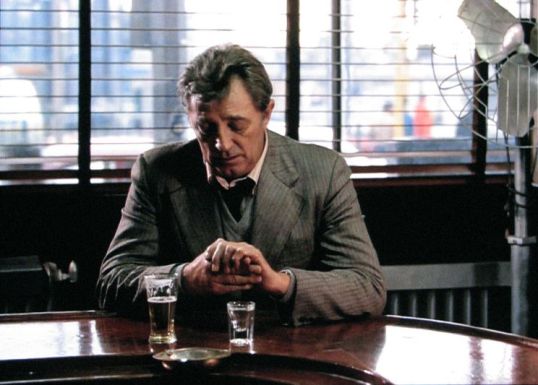 On Friday, the Boston Online Film Critics Association announced their picks for the best of 2018!  They really liked You Were Never Really Here!

Best Supporting Actor
Richard E.Grant – Can You Ever Forgive Me?

Best Documentary
Won’t You Be My Neighbor? 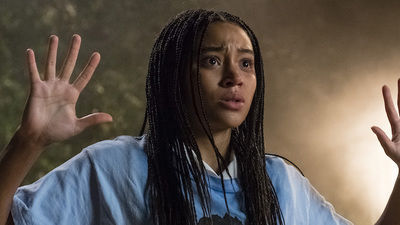 In it’s second year of existence, the Los Angeles Online Film Critics have named The Hate U Give as the best film of 2018!

Best Picture
The Hate U Give

Best Adapted Screenplay
Audrey Wells – The Hate U Give

Best Documentary
Won’t You Be My Neighbor?

Best Breakthrough Performance
Amandla Stenberg – The Hate U Give 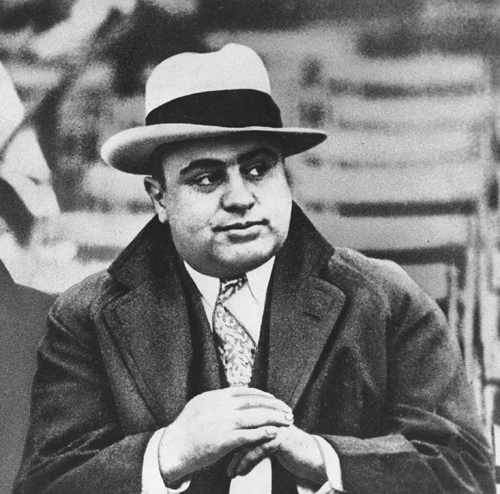 On Friday, the Chicago Film Critics Association announced their nominations for the best of 2018!  The winners will be announced on Saturday night.

Here are the nominees!

BEST ADAPTED SCREENPLAY
BlacKkKlansman by Charlie Wachtel, David Rabinowitz, Kevin Willmott & Spike Lee
Can You Ever Forgive Me? by Nicole Holofcener & Jeff Whitty
The Death of Stalin by Armando Iannucci, David Schneider & Ian Martin
If Beale Street Could Talk by Barry Jenkins
A Star is Born by Eric Roth, Bradley Cooper & Will Fetters 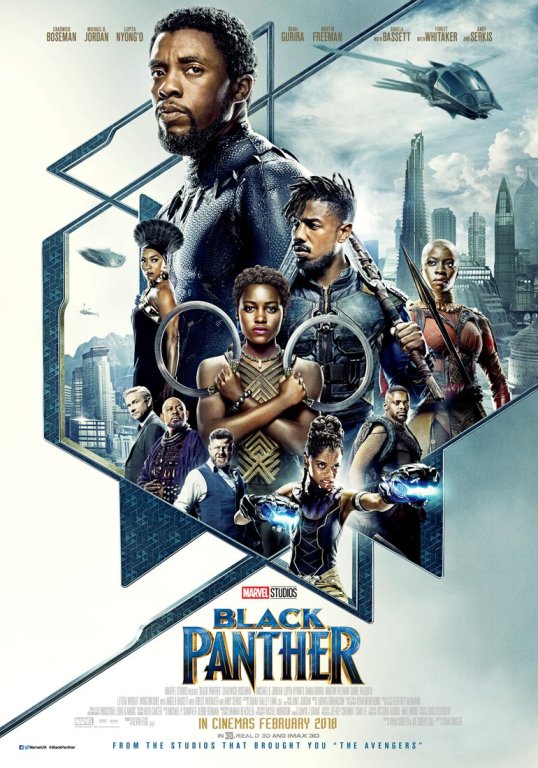 The Los Angeles Online Film Critics Society, which is one of the newer critics groups, announced their nominees for the best of 2018 earlier today!  Not only did they really like The Favourite but — as you might expect from a group of online critics — they also embraced Black Panther.  Which is good because, if Black Panther‘s going to make history as the first comic book movie to score a best picture nomination, it’s going to need the critical precursor support that wasn’t given to Deadpool, Wonder Woman, or Logan.

Here are the nominations!

Adam Driver – BlacKkKlansman
Mahershala Ali – Green Book
Russell Hornsby – The Hate U Give
Sam Elliott – A Star is Born
Richard E. Grant – Can You Ever Forgive Me?

Bradley Cooper and Eric Roth – A Star is Born
Spike Lee, David Rabinowitz, Kevin Willmott, and Charlie Wachtel – BlacKkKlansman
Barry Jenkins – If Beale Street Could Talk
Audrey Wells – The Hate U Give
Nicole Holofcener and Jeff Whitty – Can You Ever Forgive Me?

Incredibles 2
Spider-Man: Into the Spider-Verse
Isle of Dogs
Ralph Breaks the Internet
Mirai

Best Performance by an Actor 23 and Under

Best Performance by an Actress 23 and Under 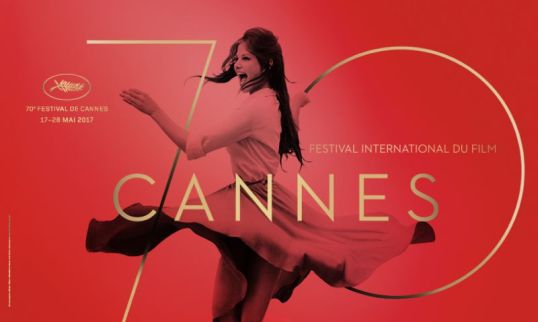 Here’s what won at this year’s Cannes Film Festival!  As always, the list is full of intrigue and surprises.

Also, as always, it’s debatable whether any of this will actually effect that Oscar race.  To be honest, other than The Tree of Life, it’s hard to think of any recent Oscar nominee that was undeniably helped by a victory at Cannes.  During the Festival, both Robert Pattinson and Adam Sandler (yes, Adam Sandler) started to receive some Oscar buzz but neither of them — nor their films, Good Time or The Meyerowitz Stories — were honored.

(As enjoyably weird as it would be for Adam Sandler to become an Oscar nominee, I imagine The Meyerowitz Stories will be ignored come Oscar time because it’s a Netflix film.  If the Academy couldn’t even give one nomination to the previous Netflix contender — the powerful and important Beasts of No Nation — I doubt that they’re going to surrender their bias for a film starring Adam Sandler and Ben Stiller.)

That said, I am very, very happy to see that one of my favorite artists, Sofia Coppola, was honored!  I can’t wait to see The Beguiled! 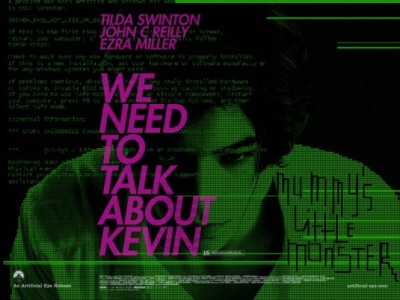 This is a historic occasion!

Two months and one week ago, I started on this journey that we call Embracing the Melodrama, Part II.  At the time, I announced that I would be reviewing 126 film melodramas and that I would get it all done in 3 weeks.  Well, I was 6 weeks off as far as the timing was concerned but I am going to reach the 126 mark.

We started this series by taking a look at the 1927 silent classic Sunrise and now, 119 reviews later, we have reached the disturbing 2011 film, We Need To Talk About Kevin.

We Need To Talk About Kevin tells the story of Eva (Tilda Swinton).  Eva was once a very successful travel writer, who explored the world and lived a life of total independence and sophistication.  Now, however, she has a demeaning job at a travel agency.  She lives in a dilapidated house that is the frequent target of vandals.  Everyone in town views her as a pariah, either deliberately avoiding her or greeting her with open hostility.

You see, Eva is the mother of a teenager named Kevin (Ezra Miller) who is currently in prison.  One day, Kevin locked all of his high school classmates in the gym and, using a bow and arrow set that was given to him by his father, Franklin (John C. Reilly), Kevin proceeded to kill or maim them all, one-by-one.  When Kevin finally surrendered to police, he looked over at his mother and he smirked.

We Need To Talk About Kevin unfolds in flashback as Eva looks back on her former life and tries to understand how her son could do something so evil.  From the time that Kevin was a baby, Eva suspected that there was something wrong with her son and found it impossible to bond with him.  While Franklin spoiled him and refused to accept that there was ever anything wrong, Eva went the opposite direction.  When Eva became more and more convinced that Kevin was evil, Franklin refused to listen to her.

And, make no mistake about it, Kevin is evil.  For the majority of the film, he is one of the most evil characters that you’ve ever seen.  (It’s even suggested — though thankfully never shown — that he may have deliberately blinded his little sister.)  We, like Eva, wonder if Kevin was born evil or if he became evil as the result of the way he was raised but there’s no doubt that he’s evil.

And then, one day, Eva goes to visit her son in prison and we see a different Kevin.  Kevin is about to turn 18, which means that he’ll be transferred to an adult prison.  Kevin admits that he’s scared.  In this scene, the cocky and hateful Kevin is one.  This new Kevin has shaved off his previously unruly mop of hair.  His face is bruised and he has a cut above his eye, suggesting that, within the walls of the justice system, he’s no longer the attacker but instead the one being attacked.  He no longer smirks or glares at his mother.  Instead, he looks lost and vulnerable.

And, at first, I actually felt sorry for Kevin when I saw that scene.  I guess it was maybe my own maternal instinct coming out or maybe my own tendency to feel compassion for those who have no freedom.  But, at that moment, I felt as if maybe Kevin finally understood that what he did was wrong.  Just like Tilda Swinton’s Eve, I suddenly felt compassion for this hateful creature…

Until, of course, it occurred to me that the only time that Kevin showed any fear or regret was when it came to his own situation.  As scared as Kevin is, Kevin never expresses any regret over what he did.  Instead, he’s scared for himself and upset that he no longer has control of his situation.  Though the film never states it, that’s classic sociopath behavior.  (One is reminded of the BTK Killer, who unemotionally talked about those he killed but then cried when talked about having to spend the rest of his life in prison.)

At that point, I realized that Kevin hadn’t changed at all.  Much like Eve, I wanted to believe that Kevin had changed because that, at least, would give the story some sort of closure.  But, unfortunately, the Kevins of the world can never change.  We may not know how someone like Kevin is created, whether he’s born evil or becomes evil due to circumstances.  But we do know that evil can never change.  That’s the burden that both Eve and the audience must carry.

We Need To Talk About Kevin is a lot like Million Dollar Baby.  It’s well-directed and fiercely well-acted but, at the same time, it’s so sad and disturbing that I don’t know that I’ll ever be able to watch it again.  There are a few moments of very dark humor, mostly connected to just how oblivious everyone, with the exception of Eve, is to Kevin’s evil.  But make no mistake, this is a seriously dark film.