When it comes to Shane Black’s The Predator, we’ve had a family friendly trailer and an action trailer.  Today, we got a Red Band Trailer!

That’s right, it’s red band!  That mean that it has cursing and blood and the middle finger and everything and it can only be shown before R-rated films.  There’s nothing more dangerous than a Red Band Trailer!

So, here’s the Super Dangerous Red Band Trailer for The Predator, which will probably be really good because it was directed by Shane Black:

When Jeff and I went to see Logan on Thursday night, one of the many trailers that played before the film was this red band one for Free Fire.  Free Fire is an action comedy, one that I think is meant to satirize the ultra violent heist films of the 90s and early aughts.  Seriously, there are parts of this trailer that should make Guy Ritchie cringe.

That said, this trailer is also about a minute too long.  At first, everyone in the theater thought it was kind of funny but then, around the two minute mark, the yawns started to kick in.  “Are they just going to shoot at each other for the entire trailer?” someone asked.

The answer is yes.  And you know what?  The trailer probably doesn’t do Free Fire justice because this movie was directed by Ben Wheatley and I’m still having dreams inspired by his oddly hypnotic A Field in England.  I’ll follow him anywhere!

Okay, before you watch the trailer for War On Everyone, there are three things you should know!

Number one, this is a red band trailer.  That means that, if you watch it at work or in a public place, you will be immediately arrested and deported to Vermont.  That is not something you want to risk because, as we all know, Vermont is an evil, evil place.

Secondly, this is the latest film from the brilliant Irish director, John Michael McDonagh.  McDonagh directed two of the best films in recent cinematic history, The Guard and Calvary!  (He’s also the brother of Martin McDonagh, who directed both In Bruges and Seven Psychopaths.)  From what I’ve heard, War on Everyone is another McDonagh triumph!

Third, Michael Pena and Alexander Skarsgard play corrupt cops!  After what happened to his honest cop in End of Watch, can you blame Pena for going bad?

Anyway, here is the red band trailer!  It’s full of cursing and all sorts of fun stuff. 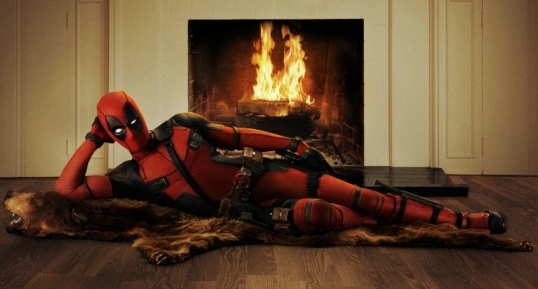 Twentieth Century Fox has had a stranglehold on the film rights to one of Marvel Comics’ biggest properties: the X-Men and every character associated with them. So far, the studio has only taken the core X-Men and Wolverine properties and adapted them onto the big-screen to mixed results. Some fans of the properties have even come to see the Fox vision for these mutant characters as tame and water-down version of the classic comic book characters.

One such mutant character which had languished in development hell within Fox was the character of Deadpool. The so-called “Merc with a Mouth” had an off and on development cycle throughout the years. The character finally appeared in the forgettable Wolverine stand-alone film, X-Men Origins: Wolverine. The character was played by Ryan Reynolds and just like another superhero film (this time for DC as the classic character of Green Lantern) he starred in, this one bombed and he was starting to be seen as a curse on superhero projects his named gets attached to.

If there was one major effect that Marvel Studios’ success with their Marvel Cinematic Universe has had with the rest of the Hollywood studios was to force them to treat their comic book property licenses seriously. They had to embrace the comic book nature of the properties they held the license to and work with it instead of against it.

It looks like Fox might be doing just that with their R-rated attempt at the Deadpool live-action adaptation starring the star who campained long and hard to produce and star as the title character: Ryan Reynolds. If the tone we’ve seen with the Comic-Con trailer and this latest red band trailer is any indication then the Ryan Reynolds superhero curse could be ending in early February of 2012. 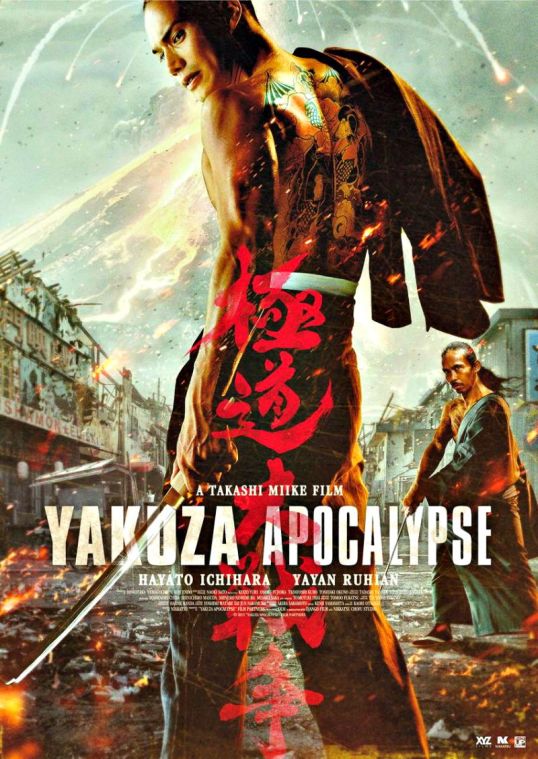 That name conjures up so much many different reactions. Miike has earned the reputation as one of the most dangerous filmmakers currently working. His has dabbled in so many different genres that one could never put a finger on which one he’s best at.

His latest, Yakuza Apocalypse, doesn’t really need to be described other than it has yakuza gangsters, vampires, martial arts and giant frog master (the final scene in the trailer makes this film worth the price of admission).

Yakuza Apocalypse made it’s premiere in Japan this past June 20, 2015 and should make the genre film festivals the rest of the year.

They played this trailer at the Alamo Drafthouse shortly before the start of Ex Machina.  It appears to be a French version of The French Connection.  Who knows?  It might be good.  At the very least, it’s a reminder for American audiences that Jean Dujardin is capable of playing someone other than a silent film star. 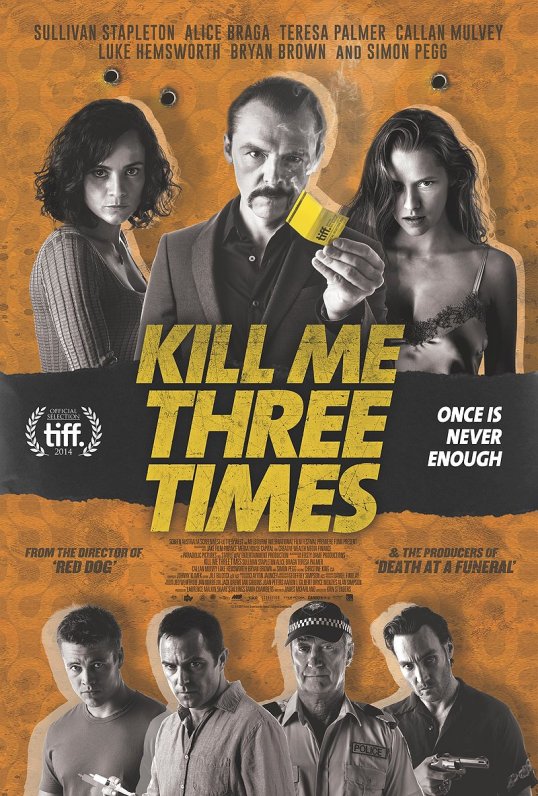 Once in awhile we come across a little film that we would never have bothered to even check out if not for the reach of the interwebs.

One such film is the Australian black comedy thriller Kill Me Three Times which had a screening at 2014’s Toronto International Film Festival. It stars Simon Pegg (channeling his inner Sean Connery mustache by way of Zardoz), Teresa Palmer and Callan Mulvey.

From the red band trailer it looks to be quite the violent little black comedy that Simon Pegg seems to be quite adept at. Interesting to note that this film will probably introduce the rest of the world to a third Hemsworth brother (they must clone them Down Under or something). 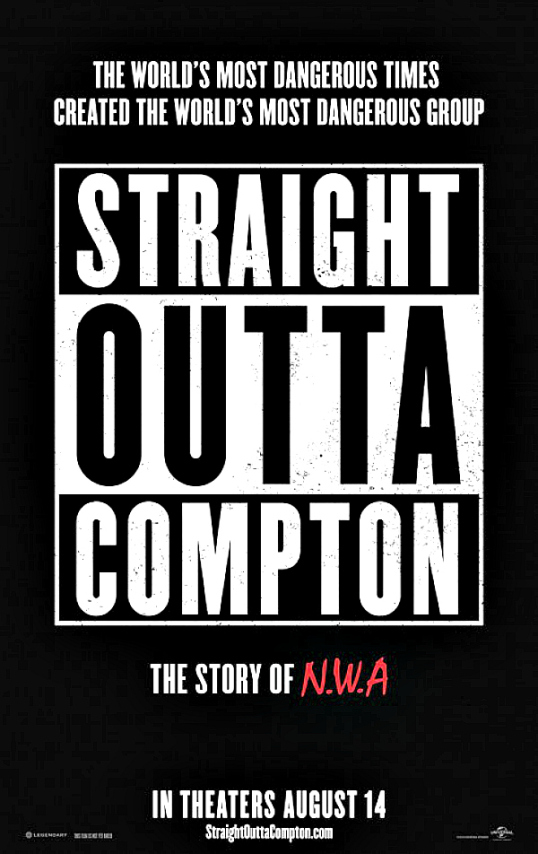 Growing up during the 1980’s meant popular music was divided between rock and pop. Yes, there were the non-friendly music genres that hundreds of millions also listened to but were seen as music of the outsider (heavy metal, punk). Yet, something happened in the latter half of the 80’s.

Rap has always been part of the music landscape since it’s early days during the 1970’s. The genre was either about partying or pushing a social awareness agenda that kept it out of mainstream audiences (with the exception of Run DMC and the Beastie Boys). Then a rap group out of South Central L.A. released an album titled Straight Outta Compton which took the world by storm.

Gangsta rap has broken through that wall which has kept most of rap from mainstream popularity.

The latest film from F. Gary Gray will tell the story of the beginnings of the group N.W.A. right up to the tumultuous events of the Rodney King riots. As most biopic go this one may just be a major hit just for the fact that N.W.A. has had such a huge impact on pop culture and the music industry that their music and influence still remain relevant today.

Straight Outta Compton is set for an August 14, 2015 release date.

I know this is one film that Lisa Marie is going to see the moment it arrives. Why do I say that?

The answer to that is two words: James and Franco.

This red band trailer pretty much gives a basic layout of how raunchy this comedy will be and continue the bromance that is James Franco and Seth Rogen.

The Interview is set for that release date where all wholesome family holiday films get to premiere on, December 25, 2014. 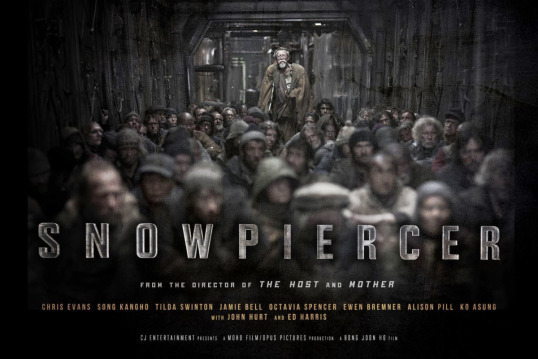 Bong Joon-ho is a name that genre fans know well. He has made a name for himself in his home country of South Korea with such critically-acclaimed films as Memories of Murder, The Host and Mother. In 2013, Bong co-wrote and directed the adaptation of the French graphic novel Le Transperceneige. The film is his first English-language film and it has garnered much acclaim when it was released in South Korea in 2013.

Snowpiercer as the film has been titled will now make it’s North American premiere this year and with months of buzz following it’s Asian release many genre fans have been awaiting its arrival. It’s premise is simple enough and involves a train that never stops moving that circles the globe that’s going through a new Ice Age that has killed off most of the planet’s population save those riding on the global train.

It’s a film that explores that ever-popular subject of the “have’s versus the have not’s”. It’ll be interesting to see what new idea Bong Joon-ho brings to an old idea.