Happy birthday, Werner Herzog!  That’s right — one of the greatest and most visionary directors of all time is 71 years old today.

Now, if you’ve followed this blog for a while, then you know that I love trailers.  In honor of Herzog’s birthday, here are 6 trailers from Werner Herzog:

Here is Herzog’s latest (and some would say, most powerful) documentary — an anti-texting PSA: 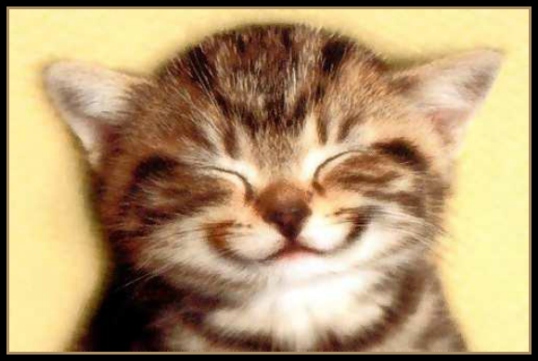 2011 was a year that wasn’t spectacular by any stretch of the imagination. From January right up to December there were not many films which I would consider event films. This is surprising considering all the superhero blockbusters which arrived during the summer and the final film in the Harry Potter film franchise. Even the prestige films which came out during the holidays never truly captured everyone’s imagination (though one film was very close to achieving it due to one Michael Fassbender).

What 2011 did have was a solid slate of titles which ranged from the pulpy to the cerebral. We even got films which were able to combine the two to come up with something very special. Not every film resonated with everyone and some even split audiences down the extreme middle with half hating it and the other half loving it.

The list below catalogs the films which I consider my favorites of 2011. Some titles on this list I consider some of the best of 2011 while some didn’t make that particular list but were entertaining enough for me to make this favorite list. Once again, the list is not ranked from top to bottom, but only numbered to keep things organized….

Earlier today, the Broadcast Film Critics Association announced their nominations for the 17th Annual Critics’ Choice Awards.  The BFCA is the largest of the so-called “major” critics’ groups (and, interestingly enough, it’s also the newest and the least prestigious) and it has a fairly good track record of predicting the actual Oscar nominations.  The awards themselves will be handed out on January 12th, 2012 in a self-important, kinda seedy ceremony that will be broadcast on VH-1.

The BFCA has obviously made a lot of nominations and some of them are interesting but I have to be honest: the BFCA as an organization annoys me with how they’re always bragging about how big they are and how they’re so good at celebrating the conventional establishment wisdom.  So, I’ll just say that its nice to see Hanna getting at least some sort of recognition (even if that recognition is kinda minor.) 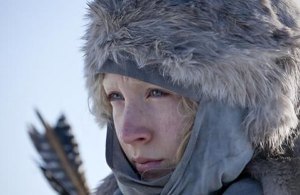 Even while critics in both Los Angeles and Boston were separately meeting and voting today, yet another group of film critics was announcing their picks for the best of 2011.  This group is known as the New York Film Critics Online and, quite frankly, it sounds kinda made up to me.  But what do I know?  I’m just a country gal living in flyover country who has rarely agreed with any of the critics — online or not — this year.

But anyway, here are their picks:

Best Use of Music: Ludovic Bource, “The Artist”

For those of you who love to follow the Oscar race, today is a big day.  Several groups announced their picks for the best of 2011 today.  The most important of these groups would be the Los Angeles Film Critics Association.  Though the LAFCA has a pretty iffy record when it comes to predicting the actual Oscar winners, their picks still tend to influence the nominations.

Here are the LAFCA winners, along with a little commentary from yours truly.

There was a lot I liked about the LAFCA awards but this is the one that truly made me go: “Yay!”  Hanna was a great film that deserves a lot more attention than its been given.

Best Cinematography: The Tree of Life (Runner-up: The City of Life and Death)

Considering that she has next to no range as an actress, Jessica Chastain is having a pretty good year.  I have a feeling she’ll win an Oscar in February and then eventually end up joining the cast of Law & Order: SVU.

As good as Plummer was in Beginners, think about how much more exciting it would have been if Oswalt had won.

Best Documentary: The Cave of Forgotten Dreams (runner-up: The Arbor)

Again, let us consider that Werner Herzog’s masterpiece wasn’t even a semi-finalist as far as the Academy is concerned.

Best Independent/Experimental Film: Spark of Being

Yay!  I am so bored with Meryl Streep.

Yay!  For both the winner and the runner-up.

I was on twitter when this result was announced and Oh. My. God.  My timeline like totally exploded with people getting all excited and hopeful.  And then, quite a few minutes later, all that excitement turned to rage as the next award was announced–

Best Picture: The Descendants (runner-up: The Tree of Life)

That’s right.  After going out on a limb with best actress and (debatably) best director and going out of their way to honor the unfairly neglected, the LAFCA gave best picture to one of the most overrated films of 2011 — The Descendants.  This despite the fact that The Descendants hadn’t won a single other award and was a runner-up in only one category.  That must have really loved that 2nd place screenplay.  This choice reeks of compromise, as if a group of critics decided to all unite and vote for their 2nd or 3rd choice in order to keep a more controversial films like The Tree of Life from winning.

That said, my pick for the best of 2011 remains Hanna.

Best Foreign Language Film: The City of Life and Death (runner-up: A Separation)

So, A Separation has a better screenplay than the best film of 2011, yet it’s not as good a film as The City of Life and Death.

To recap, the three major critics groups have now spoken and each one has named a different film for best picture.  The National Board of Review went for Hugo, the New Yorkers went for The Artist, and the LAFCA went for The Descendants.

In fact, the Artist was totally ignored by Los Angeles and I’ve noticed that there seems to be a backlash developing against this film.  The Artist won’t be opening here until Dec. 21st so I can’t judge it but I would say that if you’re upset about about a French film like The Artist getting so much attention, don’t worry.  Maybe David Fincher will remake it with American actors next year.

This is my favorite time of year.  It’s Oscar season, the time when films and actors manuever to win nominations and awards.  This is the time of year when anything seems possible, when you think that maybe Exit Through The Gift Shop will get a best picture nomination or perhaps Christopher Nolan will be nominated for best director for Inception.  In short, this is the month and a half before bitter disillusionment sets in.

During Oscar season, several mysterious groups hand out awards of their own.  These groups are made up of critics desperately trying to convince themselves that they matter and the awards that they hand out are often seen as an indicator of what will eventually end up getting nominated.  Last year, just about every single critical group named The Social Network as best picture and David Fincher as best director and we all remember how little that actually meant once it came time for the actual Academy Awards to be handed out.

Earlier today, the New York Film Critics Circle helped to start things off by announcing their picks for the best of 2011.  Reportedly, they held off a day on selecting their picks so that they could attend a special screening of David Fincher’s remake of The Girl With The Dragon Tattoo.  And how did that work out?  Well, check out what won:

Just a few comments on these awards: I have yet to see The Artist but I’m really looking forward to it.  I have a feeling I’m either going to love it or else I’m going to hate it with a passion.  It just appears to be one of those films.  I also haven’t seen Margin Call because its subject matter — Wall Street — makes me go “Bleh!”  But I may have to see it now because it appears to be becoming a bit of an awards dark horse.

I have a feeling that Brad Pitt’s going to win an Oscar for his performance in Moneyball but I really didn’t think it was anything that special.  I thought Pitt was likable but not much else.  Some of that could have had a bit to do with the fact that I couldn’t really follow the film as I’m about as interested in baseball as I am in Wall Street.  Hopefully, I won’t have to sit through another Aaron Sorkin acceptance speech at next year’s Oscar ceremony.  Seriously, there’s only so much time I can spend listening to a pompous millionaire talking about how he thinks the world works.

I haven’t seen The Iron Lady yet but its going to be boring and people are going to feel obligated to pretend like they got something out of it.

Finally, yay to the NYFCC for awarding both Albert Brooks and Werner Herzog’s The Cave of Forgotten Deams.

One of the films to be announced after the success of James Cameron’s Avatar that would also make use of 3D cameras came from an individual who many wouldn’t consider as a proponent of 3D filmmaking. Even during and after the production of this documentary film this filmmaker still is not a total convert to the process. What he did do is use the most advanced filmmaking technique to capture on film exactly what he wanted and 3D filmmaking was the only to give his vision justice.

The filmmaker I’m talking about is the great German director Werner Herzog. The film in question is his documentary about the cave paintings in the Chauvet Cave, Cave of Forgotten Dreams.

In an unprecedented move the French government allowed Herzog to film this documentary in the Chauvet Cave but with some heavy restrictions on what sort of equipment he  and his crew could use. They were also limited in where they could stand to film scenes within the cave. Despite these restrictions what scenes people saw during a showing at the 2010 Toronto International Film Festival gave enough people an impression of Herzog’s vision.

The documentary will be released by IFC films this Spring of 2011 with the History Channel getting the rights to show it on TV. This is one of the films of 2011 of which I am very interested in seeing and the fact that it’s Herzog working in 3D is something that needs to be experienced on the big-screen.