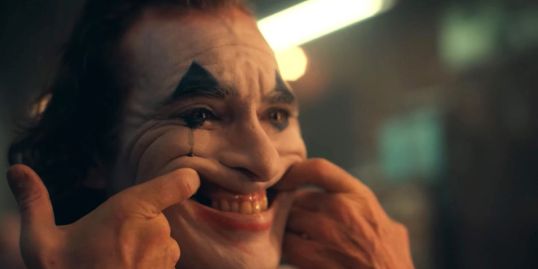 The American Film Institute released their picks for the 10 best American films of 2019.  The AFI list is usually a pretty good indicator of what’s going to be nominated for best picture.  While it’s rare that every film on the AFI’s list gets a best picture nomination, it’s even more rare for a film to get a nomination without also appearing on the list.  (Then again, it has happened in the past so who knows?  Life is a mystery, as Doc Bowman likes to put it.)

So, with that in mind, here’s the AFI list.  You’ll notice no mention of Uncut Gems, The Two Popes, or Hustlers.  However, Joker made it so maybe that’ll shut up everyone on twitter whose complaining about Joaquin Phoenix not winnings the NYFCC’s best actor award.  (Probably not.)

MOTION PICTURES OF THE YEAR

“Once Upon a Time … in Hollywood”

(As South Korean film, Parasite was not eligible for the regular AFI honors — hence, the special award.)

The New York Film Critics Circle just voted on and announced their picks for the best of 2019!  (It took about four and a half hours, which is quick by NYFCC standards.)  The Irishman winning Best Picture isn’t a shock but just check out some of the other winners!  The Safdie Brothers for best director!  Lupita Nyong’o and Antonio Banderas for best lead performances!  Check out all the love given to international films!

Now, just because a critics group embraces a film or performance, that doesn’t mean the Oscars will do the same.  (Last year, for instance, Regina Hall was deservedly named best actress but was snubbed by the Academy.)  Still, these awards will keep these names in the conversation and both Banderas and Nyong’o — who, despite their acclaimed performances, have been overshadowed by Adams Driver and Sandler and Renee Zellweger — will probably see at least a little renewed interest as a result of these wins.

Here are the NYFCC winners!

Daniel Craig’s final outing as James Bond is almost upon us. With True Detective’s Cary Fukunaga taking over the direction this time, No Time to Die brings a mix of new faces and returning favorites. Though not much is truly known of the story, it looks like Bond’s relationship with Madeleine (Lea Seydoux) may be on a rocky road, enough to bring him back into service.

Rami Malek is also on board as the villain, which I’m personally excited for, and Ana de Armas (Knives Out) teams up again with Craig, though we’re not exactly sure who’s side she’s on. Lashana Lynch (Captain Marvel) looks to be a new member of the Double O ranking. Coming back are Christoph Waltz, Ralph Fiennes, Ben Whishaw, Rory Kinnear, Jeffrey Wright, and Naomie Harris.