Another day, another year-end “top ten” list. This time out is the year’s best vintage collected editions, in this case “vintage” meaning that the books in question collect works originally published prior to the year 2000. One of these years I suppose I should push that “cut-off date” up a bit, but for now, we’ll play it as it lays. And so, without further ado —

10. Alay-Oop By William Gropper (New York Review Comics) – Arguably the first graphic novel ever published, Gropper’s 1930 wordless morality play/love triangle drama is a tour de force of fluid visual storytelling, and the fact that it’s now available for contemporary audiences to re-discover is nothing short of a miracle.

9. That Miyoko Asagaya Feeling By Shinichi Abe (Black Hook Press) – A trailblazer in the field of autobio Manga, Abe’s early-1970s GARO strips are a moving testament to the power of inspiration… 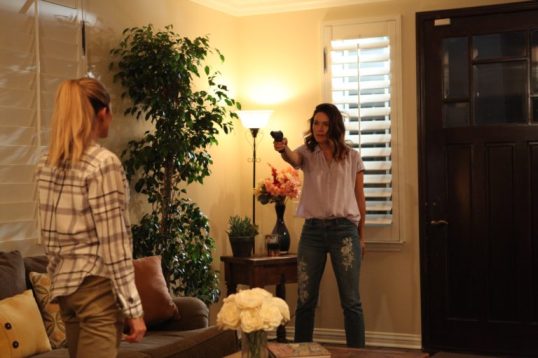 Take The Killer Next Door, for instance!

Julie (Andrea Bogart) and her ten year-old son, Matty (Nicholas Borne), have just moved into a nice, big house in the suburbs.  Julie’s been having a tough time ever since her husband was killed in a tragic auto accident.  But, finally, it looks like things might be getting better!  She’s got a new home and a new job as a personal trainer, where she meets big, handsome Blake (John-Michael Carlton).  Living right next door, she’s get her sister-in-law, Alison (Hannah Barefoot).  As Alison makes clear, she’s more than willing to help Julie in whatever way possible.  Alison definitely wants to look after Matty whenever Julie can’t be there.  In fact, Alison is so determined to be there for Matty that she even seems to get a little bit offended when Julie hires a nanny!  Hmmmm, I wonder where this could be leading….

As Julie soon discovers, she’s moved into a very tight-knit and somewhat gossipy neighborhood.  In fact, there’s even a website where everyone in the neighborhood can post comments about upcoming events, along with totally mean stuff about the newest member of the community!  Julie quickly discovers — with Alison’s help — that her new neighbors apparently don’t like her!  Little things — like taking the trash out on the wrong day — really set them off.  And then there’s the time that Julie thinks Matty has been kidnapped and she gets the entire neighborhood to set up a search party, just for Alison to come driving up in her SUV with Matty sitting in the passenger’s seat.  It was all just a misunderstanding!  Needless to say, Julie’s neighbors are not amused.  All that drama for nothing….

Anyway, no one should be shocked to discover that Alison isn’t exactly the benevolent sister-in-law that she pretends to be.  In fact, she’s setting Julie up.  But will Julie realize what’s happening or will she be too caught up in arguing with her neighbors to notice that Alison is stealing her son away from her?  You’ll have to watch to find out….

I always enjoy a good, “evil in the suburbs” movie so I enjoyed The Killer Next Door.  It’s pretty obvious from the start that Alison is not to be trusted but that’s actually what makes a movie like this fun.  You know that Julie’s being set up and the suspense comes from trying to guess how long it’s going to take Julie to figure it out.  Mostly, I liked the film’s portrayal of all of Julie’s gossipy neighbors.  No matter what was happening, you could always be sure that one of them would pop up in the background with a disapproving look on their face.  The Killer Next Door was a fun trip to Suburban Hell.

Here’s the trailer for The Assistant, starring Ozark‘s Julia Garner as …. well, as an assistant.

(Of course, the correct term in administrative professional.)

I’m usually pretty skeptical of late January/early February releases but this trailer looks pretty good and the film’s been well-reviewed by some sites and people whose opinions I generally respect.  I’ve worked as an assistant in an office so, to a certain extent, I could relate to the trailer.  Of course, my experiences were never as bad as Julia Garner’s appear to have been.  For instance, it recently occurred to me that I’ve never had an employer yell at me.  Apparently, that makes me unique or something.

Anyway, prepare to take a journey into wage slavery with the trailer for The Assistant! 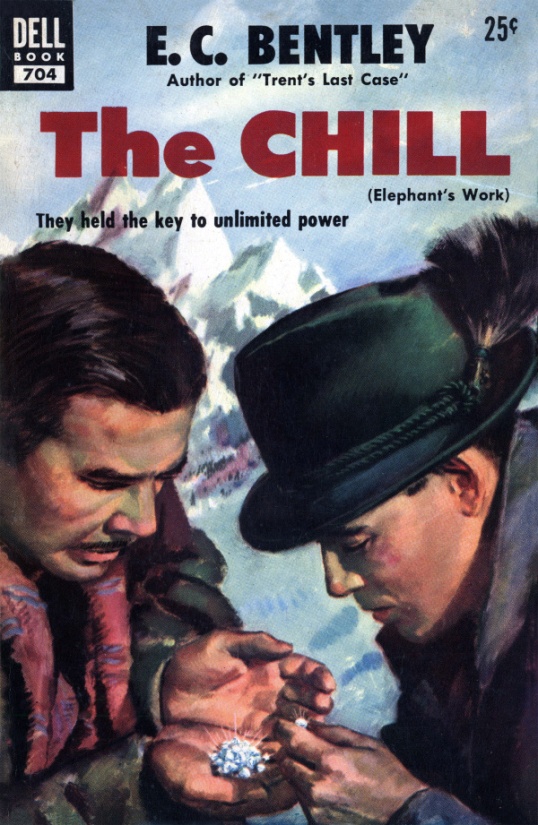 
Today’s music video of the day is a fun and energetic little video from Carly Rae Jepsen.  Want You In My Room captures the giddy feel of preparing for a date.  This is classic Carly Rae Jepsen, in that it’s sexy, fun, and kind of innocent all at the same time.  Carly Rae’s from Canada and, based on the video and several episodes of Degrassi, I’m convinced that Canadians have a unique understanding of the joy of dancing on the beach.

This video was directed by Andrew Donoho, who has also done videos for twenty-one pilot, Jai Wolf, Zedd, and Skrillex.  The cute guy at the end is played by producer Jimmy Loweree, who also appeared in Carly’s video for Now That I Found You.