Somebody, please, tell me : where’s all the hate coming from?

Okay, maybe a better way to put that would be — why is all the hate coming in the first place because, strictly speaking, we know where it’s coming from : just as the gaming scene was disrupted mightily by right-wing trolls who didn’t want any women around and coalesced into a toxic stew known as “Gamergate,” and the comics scene has recently found itself fending off a broadly anti-diversity rump of retrograde fans who have taken to labeling their harassment and intimidation campaign “Comicsgate,” the Star Wars scene has been besieged by an as-yet-untitled, but damn noisy and annoying, group of right-wing ostensible “fans” who have decided that their (again, ostensibly) beloved franchise has been besieged by “political correctness,” and that the films are now loaded with so-called “SJW messaging.”

It’s all bullshit, of course : if anything…

4 Shots From 4 Films is just what it says it is, 4 shots from 4 of our favorite films. As opposed to the reviews and recaps that we usually post, 4 Shots From 4 Films lets the visuals do the talking. It was reported today that Austrian actress Maria Rohm, best known for her work with Exploitation masters Harry Alan Towers and Jess Franco, passed away at age 72. In her honor, here are 4 shots from the films of Maria Rohm: 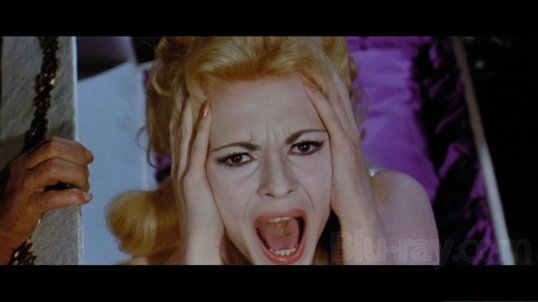 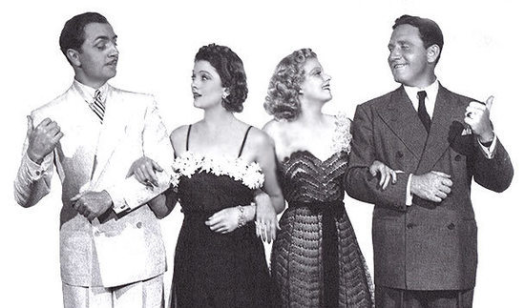 Here’s the plot: rich heiress Connie Allenbury (Loy) is suing the New York Evening Star for printing a story about her being a husband stealer. Her price: five million! Editor Warren Haggerty (Tracy), after once again blowing off his nuptials to long-time flame Gladys Benton (Harlow), recruits ex-reporter and frenemy Bill Chandler (Powell) in a crazy scheme involving marrying him off to Gladys (and is she pissed!), hop an ocean liner to London, and return with Connie, using his…

Last night, if you were up at 12 midnight and couldn’t get to sleep, you could have turned over to Movies TV and watched the 1988 film, Punchline.

Sally Field is Lilah, a New Jersey housewife who, in between getting her children ready for school and helping her husband (John Goodman) throw dinner parties, is pursuing a career as a stand-up comedian.  Everyone says that she has a lot of stage presence but she struggles with her material.  She’s even resorted to buying jokes from a seedy man who hangs out in a grimy diner.

Tom Hanks is Steve Gold, the youngest member of a family of doctors.  When we first meet Steve, he’s getting kicked out of medical school for cheating on an exam.  That’s probably for the best, though.  Steve doesn’t want to be a doctor.  He wants to make people laugh!  Every night, he performs at a comedy club known as the Gas Station.  Audiences love him almost as much as he hates himself.

Together … they solve crimes!

No, actually, they don’t.  I wish they had but they don’t.  Instead, in the tradition of A Star is Born, Steve ends up mentoring Lilah and helping her develop her own voice as a comedian.  Lilah attempts to balance her loyality to her family with her friendship with Steve.  It’s not always easy, largely because Steve isn’t exactly emotionally stable.  On stage, Steve may be in control but offstage, he’s frequently selfish and self-destructive.  Complicating things is the fact that, even as he watches her talent threaten to eclipse his own, Steve thinks he might be falling in love with Lilah.

Punchline is an uneven movie, largely due to the fact that, while one role is perfectly cast, another one most definitely is not.  Not surprisingly, Tom Hanks is believable as a stand-up comedian.  It’s not just that he’s obviously comfortable on the comedy club stage.  Hanks also shows that he knows how to tell a joke.  To put it simply, he has good timing.  As played by Tom Hanks, you can look at Steve Gold and imagine people actually paying money for him to make them laugh.

But then you’ve got Sally Field.  At no point is Sally Field believable as a stand-up comedian.  That’s not so much a problem at the beginning of the film when Field is supposed to an inexperienced amateur.  But, as the film progresses, we’re asked to believe that Lilah could conceivably win a spot on television over Hanks and there’s nothing about Field’s performance that suggests that would be possible.  When we laugh at Sally Field’s jokes, it’s because she’s Sally Field and she’s talking about multiple orgasms.  However, the comedy club audience doesn’t know that she’s Sally Field.  Instead, they just know that she’s a comedian who has absolutely no timing.

Much like The Comedian and the Showtime TV series I’m Dyin’ Up Here, Punchline is one of those films that really goes overboard with the audience reaction shots.  The only thing worse than listening to an unfunny comedian is then being assaulted by a shot or the sound of an audience dying of laughter.  If someone’s not funny, showing some random guy doing spit take isn’t going to help.  One thing that directors rarely seem to take into account is that laughter is rarely neat.  It’s rare that a huge group of people both start and stop laughing at the exact same moment.  There’s usually a stray chuckle or two to be heard, both before and after the punchline has been delivered.  Even Tom Hanks, who actually is funny in the movie, is sabotaged by one scene where a group of patients at a hospital are way too amused by his act.

The film’s a bit too long and it takes its dramatic moments way too seriously but it’s almost worth watching for Tom Hanks. Hanks plays a real bastard in Punchline but you still care about Steve because he’s a likable bastard.  As you watch the film, you hope Steve becomes a star even if he doesn’t really deserve it.   I mean, he’s Tom Hanks!

Today is the first day of summer so these 4 shots all celebrate films about summer vacation! 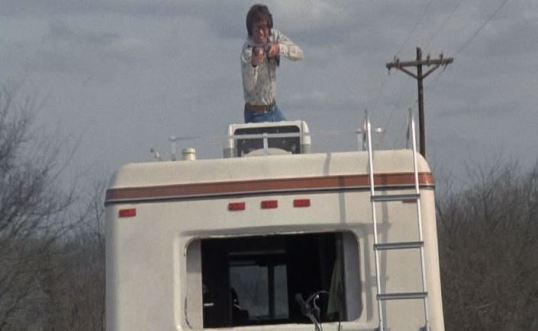 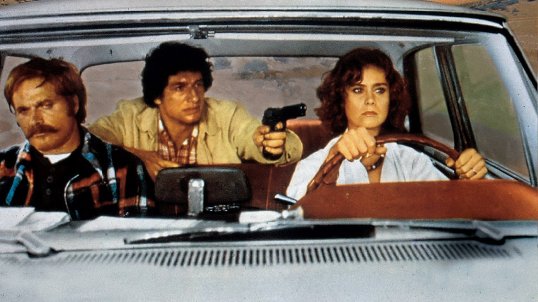 
How can you not enjoy a video that’s as full of joy as this one?