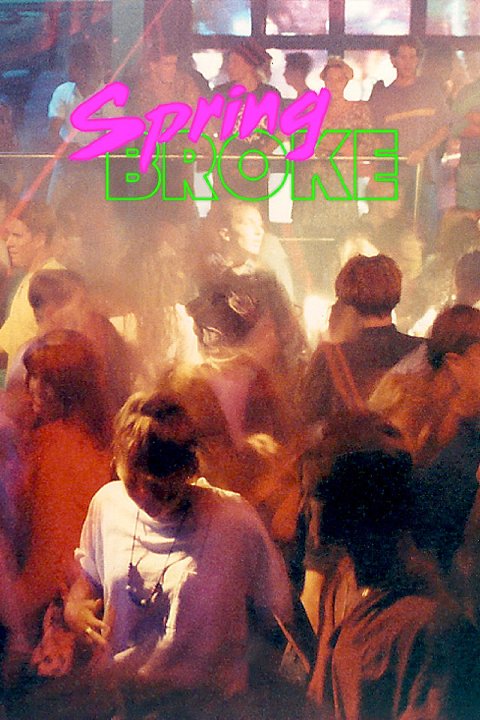 If you were up at 12 midnight last night (and really, who wasn’t?), you could have turned over to Showtime and watched a new documentary called Spring Broke.

I have to admit that the main reason I watched Spring Broke was because I assumed that it would be a light-hearted and mostly empty-headed celebration of spring break decadence.  I always loved spring break and really, the worst part of graduating from college was that I lost that one week out of the year when you could basically do absolutely anything without having to worry about any negative consequences.

But it turns out I was wrong.  Spring Broke does feature a few scenes of sandy decadence but, for the most part, it focuses more on the business aspect of spring break than on the fun.  It starts with footage of clean-cut, square-jawed college students partying in Florida in the late 50s and the early 60s and then follows as spring break gets progressively wilder and, in some ways, far more dangerous.  As one observer points out, when you have 20 drunk college students jumping off a balcony and into the pool below, only 19 are going to make it into the water.  One out of the 20 is always going to end on the pavement “splattered like a watermelon.”  Spring Broke is one of those documentaries that claims to show how a good thing eventually fell apart.  What does Spring Broke blame for the corruption of spring break?

Capitalism, of course.  But that’s not surprising.  It’s very rare that you see a documentary that doesn’t blame everything on capitalism.

Spring Broke is basically a collection of talking head interviews, mixed in with footage of past spring breaks.  As is typical for many documentaries, the various interviewees can split into three separate and distinct groups:

First off, there’s the faded celebrities.  These are people who used to be famous but who you probably really haven’t thought about recently.  It’s rare that the celebrities ever have anything interesting to say but, for marketing purposes, they have to be present in the film.  The main Spring Broke celebrity is Pauly Shore.

Secondly, there’s the people who were actually involved with the documentary’s subject matter but who worked behind-the-scenes.  They give the inside details of what was really going on.  These people usually aren’t as smooth in their delivery as the faded celebrity but, because they were actually there, they are still often interesting to listen to.  In Spring Broke, this group of people is made up of a collection of businessmen, nightclub managers, resort owners, local politicians, and MTV executives.  The businessmen and the politicians had the most interesting stories to tell (and I especially enjoyed the interview with the cantankerous old man who took it upon himself to try to save Florida from insane spring breakers, largely because he reminded me of twitter mainstay Leo Mcallister) but I have to admit that I always find it interesting when MTV executives show up in documentaries.  That’s because the MTV executives (as opposed to the on-air talent) almost always turn out to be the blandest and most boring people interviewed and that pattern continues with Spring Broke.  (One exec even uses the term “synergy” without a hint of irony.)

And then finally, every documentary has to interview an expert. The expert is someone who has nothing to do with the subject of the documentary but who has still written a book about it.  You can always tell who the expert is supposed to be because they’re usually the least attractive person in the film.  Spring Broke‘s expert had bad teeth and hipster glasses.

Spring Broke was a fairly interesting documentary.  Clocking in at a fast-paced 78 minutes, Spring Broke didn’t always go into as much depth as I wanted it to.  For instance, I would have preferred to have heard more about the conflict between the spring break-loving businessmen and the spring break-hating townspeople.  But as an anthropological history and a look at how economics shape culture, it’s an interesting look at the surface that hints at a bigger story underneath.