“She’s reaching the top …. with everything she’s got!”

That’s the tag line of the 1984 Canadian film, Heavenly Bodies.  It’s a perfectly vapid tagline for an entertainingly vapid movie.  It was on TCM last night and I just finished watching it.  It takes a lot to get me out of my horror film habit in October but how could I resist a movie about Canadian gym rivalries?

Now, even though this isn’t a horror film, it is a Canadian film from the 80s which means that it features a lot of performers who will be familiar to fans of old school slasher films.  For instance, the film stars Cynthia Dale, who was also in the original My Bloody Valentine.  Cynthia plays Samantha, an administrative assistant who quits her job and opens up her own independent gym, Heavenly Bodies.  Samantha is an aerobic dance instructor, perhaps the best in all of Ontario.  Samantha is also a single mother but there’s no better way to find a lover than to teach him aerobics.

Heavenly Bodies was also directed by a veteran of Canadian exploitation, Lawrence Dane.  Remember Happy Birthday To Me?  He plays the father in that movie.  I’d love to know the story of what led to Lawrence Dane not only directing but apparently also helping to write the script for a movie about an independent health club.  I mean, to go from working with David Cronenberg and winning Genie Awards to directing Heavenly Bodies seems like quite a career trajectory.  As a sidenote, how much more interesting would Heavenly Bodies be if it had been directed David Cronenberg?  I imagine that all the leg cramps would be a bit more graphic.

Samantha is selected to host her own exercise show on Canadian TV and a bigger Canadian gym decides that the only way to deal with this upstart is to destroy Heavenly Bodies by buying out their lease …. or something.  To be honest, I really couldn’t follow half the plot of Heavenly Bodies.  I just know that there was a lot of dancing and lot of exercising and a lot of shots of Samantha walking around Toronto.  The film came out a year after Flashdance and all of the scenes of Samantha walking around the city are basically filmed in exactly the same way as the shots of Jennifer Beals walking around Pittsburgh.  (There’s even a scene where Samantha stands in front of a poster for Flashdance, trying to convince people to join her gym.)  Whereas you kind of admired the way that Jennifer Beals handled herself on the dangerous streets of Pittsburgh, you never really worry about Samantha because …. well, it’s Toronto.  As I watched the film, I started to think about the fact that Canada consistently sends its best actors to the U.S. while those of us in the States consistently send our bad movies up north.  I’m not sure if that’s really a fair trade.

Anyway, the two gyms decide to settle their differences with an exercise marathon that is televised on Canadian TV.  (I’m going to assume that the film takes place in-between hockey seasons.)  Basically, the exercise marathon is one of those things where you have two teams and everyone just keeps exercising until they drop.  The last person standing is the winner and their gym gets …. I don’t know, bragging rights?  I mean, I’m not even how they were able to convince anyone to put an exercise marathon on TV.  I guess it was an 80s thing.

Can you guess who wins the exercise marathon?

Listen, Heavenly Bodies is technically a bad movie but I still like it because there’s a lot of dancing and everyone in the cast is so enthusiastic about whatever it is that they think they’re doing.  There’s something to be said for enthusiasm.  Add to that, the exercise marathon just has to be seen to believed.  This is a film of the 80s and its Canadian to boot so how can it not be a guilty pleasure of sorts?

Thirty years ago, Canadian songstress Alannah Myles glided to #1 on the charts with her sultry hit single”Black Velvet”:

Alannah Myles was born and raised in Toronto, Canada, and before breaking through with “Black Velvet” she was fairly well known in her home country, even getting a guest shot as a single young mom on a 1984 episode of the popular Canadian TV show THE KIDS OF DEGRASSI STREET.  When her hit tune stormed the charts, that smoky voice and those sexy good looks catapulted her to stardom, thanks in large part to constant airplay on MTV.

She won a Grammy for Best Female Rock Performance and three Juno Awards (the Canadian equivalent to the Grammies), but her subsequent LP’s and singles went nowhere in America, and just as meteorically as she rose, Alannah Myles tumbled off the radar here. She has retained a fan base in Europe and her… 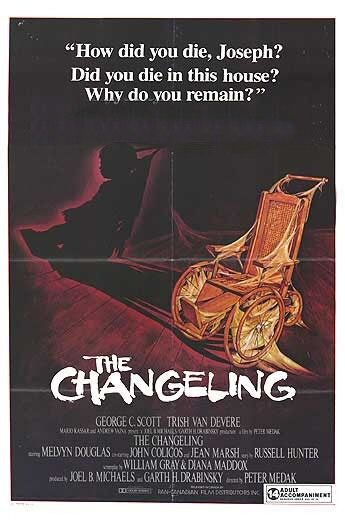 Since it’s Thanksgiving in Canada, it seems appropriate that today’s horror scene that I love should come from one of the best Canadian horror films of all time and….

No, it’s not the disco scene from Prom Night!  Anyway, I’ve already shared that scene like a thousand times….

No, this scene is from the 1980 film, The Changeling.  Directed by Peter Medak, the film is about a house that’s haunted by the spirit of a boy who was murdered there decades ago.  When George C. Scott moves into the house, he discovers the truth about not just the murder but the political conspiracy that led to it.  It’s a really good movie.  You should watch it.

Anyway, in this atmospheric scene, Trish Van Devere explores the house.  It’s always a bit strange to watch a horror scene devoid of context but let me just say that The Changeling is such an atmopsheric and intense ghost film that you’ll never want to wander around a potentially haunted house again once you’ve seen it!

Happy Thanksgiving, Canada!  Today’s edition for 4 Shots From 4 Films is dedicate to you! 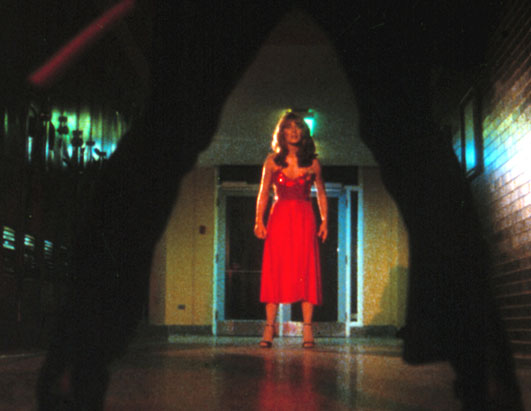 Prom Night … everything is alright…

Since today is technically still Canada Day, I figured why not share one of the greatest dance scenes ever filmed?  This scene is from the classic 1980 film, Prom Night, and it features Jamie Lee Curtis and Casey Stevens showing what they can do on the dance floor!

Well, actually, it shows Jamie Lee Curtis showing what she could do.  According to David Grove’s Jamie Lee Curtis, Scream Queen, Casey Stevens claimed that he could dance but, when it came time to shoot the scene, he turned out to be rather awkward and the responsibility for selling the scene pretty much fell completely on Jamie Lee Curtis’s shoulders.  As Prom Night co-star MaryBeth Rubens put it, it was impossible to imagine Casey and Jamie Lee ever being a couple in real life, despite the fact that they were during the making of this film.

Interestingly enough, Prom Night would later bring Jamie Lee Curtis her first acting nomination when she was nominated for a Genie Award for Best Foreign Actress.  (Indeed, one of the interesting thing about the early history of the Genie Awards is just how many slasher films were nominated.  Apparently, during the early 80s, the Canadian film industry was a bit less robust than it is today.)  That said, Jamie Lee does give a really good performance in this film and dammit, she deserved the award!

(Or, at the very least, I assume she did.  I’m not really sure to whom she lost and I’m too lazy to look it up on Wikipedia.)

(Okay, screw it.  I felt guilty for being lazy so I decided to look it up.  Jamie Lee Curtis lost to Susan Sarandon, who won for her performance in Atlantic City.  Since Sarandon’s role was actually a supporting one to Burt Lancaster’s, I still say that Curtis should have won.)

The song’s great too.

So, enjoy this scene and just try not to dance!

Actually, Canada Day was yesterday but, because it fell on a Sunday, it’s not being officially observed in Canada until today.  So, technically, it still is Canada Day and I can still honor Canada by offering up 4 shots from 4 films directed by one of the Canada’s greatest directors, David Cronenberg. 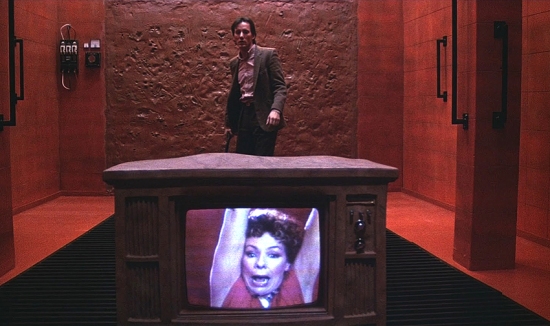 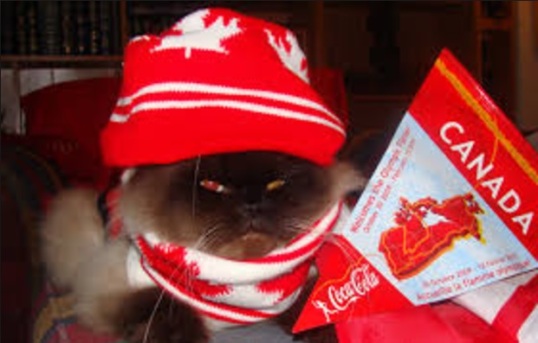 Happy Canada Day from all the cats at the Shattered Lens!

We love you, Canada! 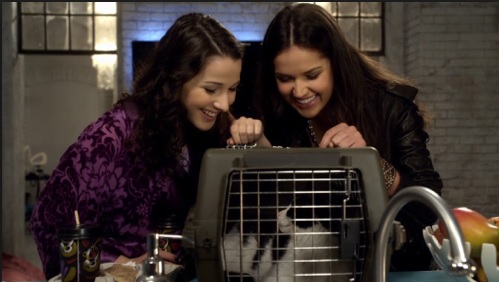 Having immigrated to Canada, Whiskers is greeted by the cast of Degrassi.

As we all know, music video of the day has always been and always will be Val’s baby.   Starting with If You Don’t Know Me By Now in June of 2016, Val has shared and analyzed over 300 music videos!  It’s become one of my favorite of our regular features here on the Shattered Lens.

As most of you know, for health reasons, Val is taking a temporary break from this feature.  Until Val comes back, I figured that I might occasionally share a video or two.  Admittedly, I do not have Val’s encyclopedic knowledge of music (and I should admit that my musical taste pretty much begins and ends with EDM) but what Val and I do share is a deep appreciation for a little Canadian show called Degrassi.

See, it was that love of Degrassi that led me to the video below.  Earlier tonight, I was rewatching Death of a Disco Dancer, the third episode of Degrassi’s fifth season.  In this episode, Paige is upset that her friend, co-worker, and classmate, Alex, doesn’t seem to care about going to college.  When Degrassi hosts a college fair, Paige attempts to entice Alex to attend by offering her a joint.

“Will you go if you’re high?” Paige asks.

The two of them duck into an alley and light up the joint.  What follows is perhaps the best three minute montage in the history of Degrassi as a very stoned Paige and Alex walk through the fair, giggling at all the Canadian college recruiters.  It’s all good fun until Paige discovers that a friend of her mother’s is at the fair.  Uh-oh! 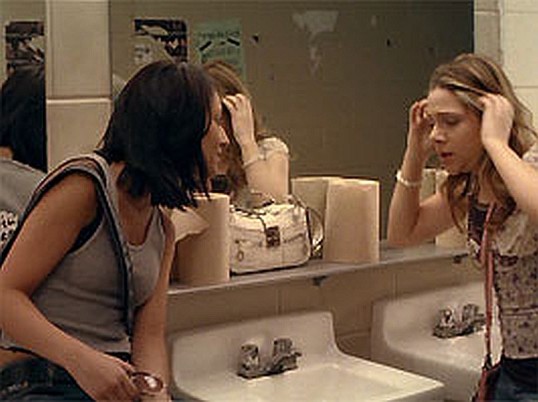 Anyway, I’ve always loved the song that plays during the montage.  It’s called Upfront With You and it’s performed by a Canadian band called Universal Honey.  After watching the episode tonight, I looked the song up on YouTube and that’s when I came across the video that was made for it in 1996.

Now, despite doing a handful of Google searches, I can’t tell you who directed or worked on this video.  I can tell you that Universal Honey has been around since 1992 and the band is made up of Leslie Stanwyck and Johnny Sinclair.  (Before Universal Honey, they were both in a band called The Pursuit of Happiness.)  Up Front With You is off of their first album, Magic Basement.

Not surprisingly, this is a Canadian band.  One of the great things about Degrassi is that it exposed me to a lot of Canadian bands that I, as an American, might otherwise have never heard of.

Well, today’s the biggest day of the year!  Today, people across the world will be wishing each other a happy holiday.  Here at the Shattered Lens Bunker, we’ve got a lot planned for today but, before anything else, I want to wish a Merry Christmas to one of my favorite counties, Canada!  Not only have countless Lifetime films been shot in Canada but it’s also the native land of some of my favorite filmmakers and performers!

And did I mention that Canada is also the home of … Degrassi!?

So, allow me to star this day by saying, “Merry Christmas, Canada!  And thank you for everything!”

Winners will be announced on December 20th! 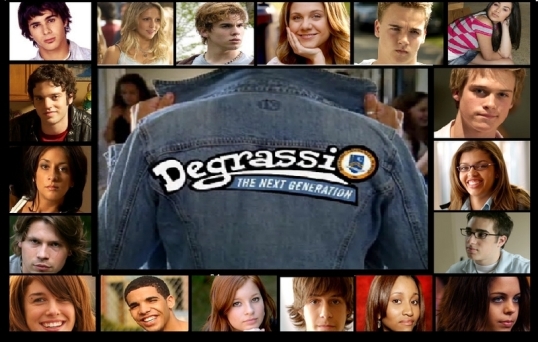