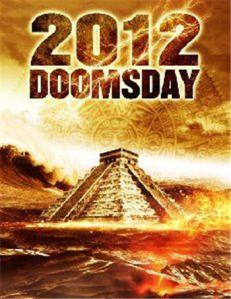 For the entire past week, something has been nagging at me.  I knew that there was something that I needed to do but I couldn’t remember what it was.  Earlier today, however, I was reading the latest critical blathering about the state of cinema over at AwardsDaily.  As usual, that site’s editors were whining about the fact that the Social Network didn’t win best picture and also the fact that my generation is apparently the “WORST.  GENERATION.  EVER” and blah blah blah.

Fortunately, however, reading that  post reminded me of what I had forgotten: We are now at the halfway mark as far as 2012 is concerned.  This is the time of year that self-important film critics (both online and elsewhere) tell their readers what type of year it’s been so far.

(Also, please understand that the act of me posting this in no way guarantees that I won’t change my mind several times within the next hour.) 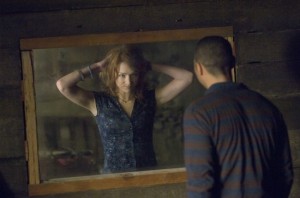 Best Film Of The Year (So Far): Cabin In The Woods. Compared to both 2010 and 2011, this has been a pretty slow year so far.  There really hasn’t been a Hanna or an Exit Through The Gift Shop type of film so far.  Instead, there’s been a handful of nice surprises, quite a few pleasant but somewhat forgettable films, and then quite a few films that i wish were forgettable.  Cabin In The Woods, however, was a nice little valentine to horror fans like me and it’s a film that actually gets even better with repeat viewings.  Runners up include Bernie, Damsels in Distress, Brave, The Hunger Games, Safety Not Guaranteed, Moonrise Kingdom, For Greater Glory, Jeff, Who Lives At Home, and the Avengers.

Best Male Performance Of The Year (So Far): Jack Black in Bernie.  Runners up include Andrew Garfield in The Amazing Spider-Man and Jason Segal in Jeff, Who Lives At Home.

Best Female Performance of the Year (So Far): Jennifer Lawrence in The Hunger Games.  Seriously, just try to imagine that film with someone else in the lead role.  Runners up include Susan Sarandon in Jeff, Who Lives At Home, Aubrey Plaza in Safety Not Guaranteed, and Greta Gerwig in Damsels in Distress.

Best Voice-Over Performance Of The Year (So Far): Kelly MacDonald in Brave.

Best Ending Of The Year (So Far): A 3-way tie between The Cabin In The Woods, Safety Not Guaranteed, and Jeff, Who Lives At Home.

Best Horror Film Of The Year (So Far): The Cabin In The Woods

Most Underrated Film Of The Year (So Far): The Five-Year Engagement, a sweet and funny movie that was just a tad bit too long.

Best Bad Film of the Year: Battleship.  Yes, the movie represented some of the worst impulses of big-budget filmmaking but I had a lot of fun watching it and Alexander Skarsgard was to die for in that white Navy uniform.

Worst Film Of The Year (So Far): The Wicker Tree.  I could make an argument for both Rock of Ages and The Devil Inside here but no…just no.  As the Trash Film Guru put it, “BURN THE WICKER TREE!”

Biggest Example Of A Missed Opportunity For This Year (So Far): Seeking a Friend For The End of the World.  A great performance from Steve Carrel can’t save a film that has no idea what it wants to be.

The Get Over It Already Award For The First Half of 2012: The Devil Inside, for being the most tedious example of a “found footage” horror film yet.  Coming in second: Rock of Ages, for reminding me that my parents had terrible taste in music.

The Trailer That Has Most Outgrown Its Welcome: The Perks of Being a Wall Flower.  “Be aggressive…passive aggressive…” Okay, shut up, already.

The Cameron/Fincher Bandwagon Trophy (Awarded To The Upcoming Film That, Regardless Of Quality, Will Probably Be So Violently Embraced By People Online That You’ll Be Putting Your Life In Danger If You Dare Offer Up The Slightest Amount Of Criticism): The Dark Knight Rises

The Ebert Award (Awarded to the upcoming film that will probably get  positive reviews based on the film’s political context as opposed to the film itself): Zero Dark Thirty

The Sasha Award (Awarded To The Film That I Am Predicting Will Be The Most Overrated Of The Year): Lincoln.

The Roland Emmerich/Rod Lurie Award For The Film That I’m Predicting Will Be The Worst Of 2012: Honestly, it’s really hard to imagine a worse film than The Wicker Tree (though, to be honest, Rock of Ages comes pretty close).

Films I’m Looking Forward To Seeing In The Future (An incomplete list): On The Road, Lawless, The Dark Knight Rises, Cosmopolis, Django Unchained, The Hobbit, The Great Gatsby, and especially The Master and Joe Wright’s Anna Karenina.

And there you have it.  2012 hasn’t been a great year so far but there’s still a lot of time left.

Unless, of course, the Mayans were correct.

For nearly a year now, we’ve been seeing teasers and trailer for the film Battleship and we’ve all smirked and laughed.  “Really?  A film based on an old board game?  Alien battleships that look like they’ve escaped from a Transformers film?  Action scenes that look like Battle L.A.?  AND LIAM NEESON!?”

Yes, we’ve all been prepared to hate this film.  In fact, the most popular thing I ever tweeted (RT’d by 22 people within minutes of being posted, I might add) was a joke about how Battleship looked like it was a film specifically made for people who thought Battle L.A. was too complicated.  So, after all this build up, I finally saw Battleship on Friday and you know what?

While I wasn’t one of the many people who applauded at the end of the movie, I actually kind of enjoyed it.

(Does that make me a bad person?)

Battleship is the story of two brothers, a somber-looking admiral, and an alien invasion.  Stone Hopper (Alexander Skarsgard) is a Commander in the U.S. Navy.  In a genuinely amusing scene, his irresponsible younger brother Alex (Taylor Kitsch) is arrested while breaking into a closed convenience store so he can get a chicken burrito for Samantha Shane (Brooklyn Decker, a great name) who is the daughter of Admiral Shane (Liam Neeson).  Stone arranges for Alex to avoid jail by joining the U.S. Navy.

Jump forward seven years and Alex is now a lieutenant, engaged to Samantha, and hated by his future father-in-law.  When five alien ships crash into the ocean, both Stone and Alex Hopper are on the battleships sent out to investigate.  They quickly discover that the aliens are not friendly and soon, the future of humanity rests on the untested shoulders of Alex Hopper.  Well, Alex Hopper and a street-wise sailor played by Rihanna…

I really, really expected that I was going to hate Battleship and I was even kind of looking forward to coming back to the TSL Bunker and writing up my snarkiest post since my review of Avatar.  Therefore, imagine just how shocked I was as I watched the actual film and discovered that it’s actually not that bad of a time waster.  Yes, the film is predictable and the script is full of clichés and dumb dialogue but the difference between Battleship and Battle L.A. is that Battleship is aware of its own stupidity and is even willing to encourage the audience to laugh at the pure silliness of actually basing a movie on a board game.  Even the film’s final act of heroism — which features a lot of inspiring speeches and a return to duty by an iconic battleship of the past — feels less like typical third act posturing and more like a very deliberate parody on the conventions of recent U.S. Military Vs. Alien Invaders films.  Whereas films like Battle L.A. and Acts of Valor often feel like recruiting films for the military, Battleship feels like a recruiting film for movies about the military.  The CGI looks good, the battle scenes are nicely done and director Peter Berg seems to be having fun finding ways to visually remind us of the original Battleship game.  Taylor Kitsch makes for a surprisingly likable hero, Liam Neeson grimaces through his 6-minutes of screen time, and Alexander Skarsgard is to die for in his white naval uniform.  Even Rihanna appears to be having fun uttering silly lines like, “Boom” and “Mahalo, motherfucker.”

Now, don’t get me wrong.  Battleship is hardly a masterpiece.  It’s about 20 minutes too long and there’s a few times, especially during the middle of the film, when Battleship seems to run out of momentum.  Fortunately, every time this happens, Taylor Kitsch delivers another hardboiled line or Liam Neeson grimaces as he stares out at the alien fleet and the film picks back up again.  Battleship isn’t a great film and it might not even be a good film but it’s hardly the crime against humanity that I was expecting.

Below, you’ll find the poll for May.  As always, you can vote for up to four films and write-in votes are accepted and welcomed.  Vote once, vote often!


Battleship is going to be the latest film to come out of that film blockbuster factory called Hasbro Studios. Like them or hate them their Transformers franchise by way of Michael Bay has been anything but flops. They’ve made truckloads of money for all involve despite each successive film in the franchise getting worse and worse. The latest Hasbro property to make it’s way onto the bigscreen will be a big-budget production of that classic naval war boardgame kids of all eras just simply called Battleship.

We’ve seen several trailers of the film now and this Super Bowl Sunday we see a new tv spot trailer which shows more of the alien invasion aspect of the film with more aliens in scifi-looking battle armor being seen. We still don’t know what causes this invasion to occur, but then again most of those who will see this film may not really care as long as the action comes fast and furious with enough of a story to keep things from becoming a huge jumbled mess.


With Skyrim having taken over my life for the past month or so I’ve been quite remiss with my duties on the site, but no more!

To help me catch up on things around these parts I’ve decided to join the rest of blogosphere and post the latest official trailer for what looks like the offspring when Transformers and 2012 decided to mate. What we get is Peter Berg’s ludicrous, but looks to be quite fun, film adaptation of that classic Hasbro wargame toy. Battleship looks to fill up 2012’s lack of a new Transformers film.

Some have begun to call this the Rihanna film, but I rather think that she’s just a piece in the machine that is Hasbro’s latest attempt to rule the entertainment world with their films based on their classic toy lines. I was very iffy about Berg doing this film, but after two trailer and this one showing more scifi carnage and action I may just put this on my “guilty pleasure” list for 2012.


It was just going to take before someone in one of the major Hollywood studios decided to tap into the board game market and pick one to adapt into a big-budget blockbuster. It worked wonders for Dreamworks and their bottom line with the Transformers trilogy. This time around we have Universal Pictures ready and set to release in the summer of 2012 their very own board game turned film in the Peter Berg-helmed Battleship.

Yes, you heard it right. That classic naval warfare game that made long road trips both easier to handle and also ripe for arguments has now been made into a film. There’s not much else to say other than watch the trailer. I will say that Liam Neeson must need a new mansion.