Normally I wouldn’t watch something like WILSON, producer Darryl F. Zanuck ‘s 1944 biographical box office flop about the 28th President of the United States. It didn’t sound like my cup of tea. But when I turned TCM on last night, there was Ben Mankiewicz introducing the film, so I decided I’d watch a little. I ended up watching the whole thing, and while it’s not very exciting, I did get engrossed in the movie, but not for the story.

The film itself follows the life and career of Woodrow Wilson, and his rise from President of Princeton University to Governor of New Jersey to U.S. President. How much is truth and how much fiction, I couldn’t tell you. I can tell you that character actor Alexander Knox is a dead ringer for Wilson, and pretty much carries the film with his statesmanlike manner. Ruth Nelson plays first wife Ellen, who dies a… 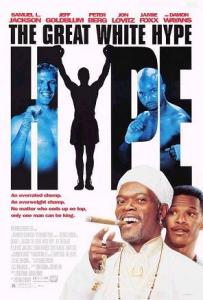 The Rev. Fred Sultan (Samuel L. Jackson) has a problem.  He is the richest and the best known fight promoter in America but the current (and undefeated) heavyweight champion is just too good.  No one is paying to watch James “The Grim Reaper” Roper (Damon Wayans) fight because Roper always wins.  Sultan has a plan, though.  Before Roper turned professional, he lost a fight to Terry Conklin (Peter Berg).  Conklin has long since retired from boxing and is now a heavy metal, progressive musician.  Sultan convinces Conklin to come out of retirement and face Roper in a rematch.  Since Conklin is white and Roper is black, Sultan stands to make a killing as white boxing fans get swept up in all the hype about Conklin being the latest “great white hope.”

In the days leading up to the fight, crusading journalist Mitchell Kane (Jeff Goldblum) attempts to expose the crooked Sultan before getting seduced into his inner circle.  Meanwhile, boxer Marvin Shabazz (Michael Jace) and his manager, Hassan El Rukk’n (Jamie Foxx), unsuccessfully pursue a match with Roper.  Conklin gets back into shape while Roper eats ice cream and watches Dolemite.

In its attempt to satirize boxing, The Great White Hype runs into a huge problem.  The fight game is already so shady that it is beyond satire.  This was especially true in the 90s, when the The Great White Hype was first released.  (Even more than the famous Larry Holmes/Gerry Cooney title fight, The Great White Hype’s obvious inspiration was the heavily promoted, two-minute fight between Mike Tyson and Peter McNeeley.)  The Great White Hype is a very busy film but nothing in it can match Oliver McCall’s mental breakdown in the middle of his fight with Lennox Lewis, Andrew Golota twice fighting Riddick Bowe and twice getting disqualified for low blows, or Mike Tyson biting off Evander Holyfield’s ear.

The Great White Hype has an only in the 90s supporting cast, featuring everyone from Jon Lovitz to Cheech Marin to, for some reason, Corbin Bernsen.  Damon Wayans is the least convincing heavyweight champion since Tommy Morrison essentially played himself in Rocky V.  The Rev. Sultan was meant to be a take on Don King and Samuel L. Jackson was a good pick for the role but the real Don King is so openly corrupt and flamboyant that he’s almost immune to parody.

When it comes to trying to take down Don King, I think Duke puts it best.

I have had such mixed feelings about It.

When I first heard about the project, I was like, “Remakes suck!  And who could possibly improve on Clara Bow’s original performance!”  Then I realized that It was not a remake of the Clara Bow film but instead, a feature film based on Stephen King’s novel.

And I was a little bit optimistic, because It is one of the few King novels that doesn’t get worse the more you think about it.

Then I saw a picture of the costume that Pennywise would be wearing and I got worried.

Then Stephen King said that It was perhaps the best film adaptation ever done of his work and that really worried me because, judging from his twitter feed, Stephen King has got terrible taste in almost everything.

But then, earlier today, I watched the first trailer for It and now I feel a little bit better.  It looks kinda scary!

Check it out below:


This song was written by Benny and Björn as a tribute to their hometown of Stockholm. The video feels like a combination of elements from Tiger and Dancing Queen. By that, I mean the dancing parts combined with location shooting. We also get the usual singing head-shots, and the synchronized walking and posing, but it’s Tiger and Dancing Queen that immediately came to mind when I watched this video.

There are two things in this music video that look familiar to me. 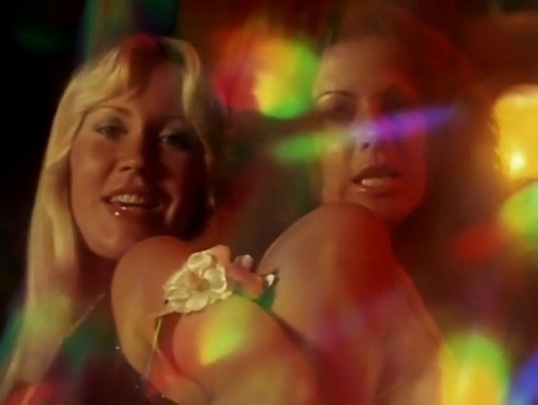 Also, it would appear that Hallström wanted to stick a little reference to an early Agnetha and Björn music video. 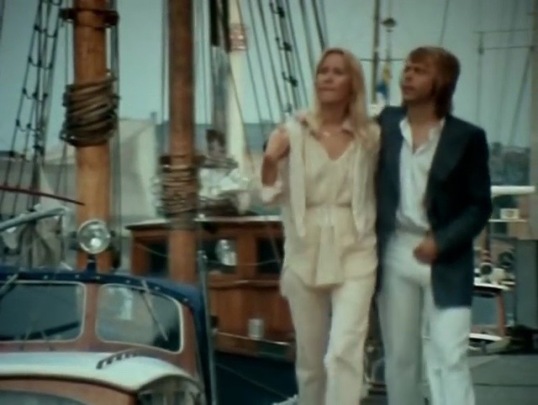 Titta in i men lilla kajuta by Björn

That second one was from 1969, which would make it about 10 years between the two. That music video is from the TV Special where they first met. It may seem like a bit of stretch, but there is this that says otherwise:

During ABBA: The Movie (1977), Hallström dreamt he was on the set of a 1970 TV Special where ABBA once performed. With that in mind, I’d bet he did mean to reference that music video.

The only other thing that I think is of note is the ending. I’m not sure why there are 16 seconds of silence as the camera pans around to the car. Maybe it’s to contrast with the opening shot of traffic at night. That’s my best guess.