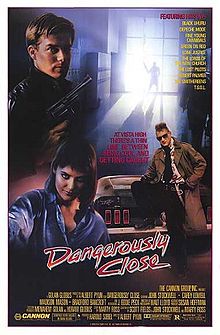 Vista Verde, an exclusive suburban high school in California, has a problem.  Some of the students have a bad attitude.  Some of them are experimenting with drugs.  Graffiti is showing up all over the school.  What better way to return peace to Vista Verde than for a bunch of WASPy rich kids and other jocks to organize into a secret vigilante force?  The headmaster thinks that it’s a great idea and soon “The Sentinels” are holding mock trials and shooting the other students with paintball guns.  One bad kid even turns up dead.  Graffiti is no joke.

The leader of the Sentinels is a rich kid named Randy (John Stockwell, who also co-wrote the script).  Randy knows the importance of good PR so he befriend the editor of the school newspaper, Donny (J. Eddie Peck).  Donny may not be rich but, because of his amazing journalism skills, he has been allowed to attend Vista Verde as a magnet student.  At first, Donny is skeptical of The Sentinels but he soon finds himself seduced by not only Randy’s wealthy lifestyle but also by Randy’s beautiful girlfriend (Carey Lowell).  Meanwhile, Donny’s friend Krooger (Bradford Bancroft) not only listens to punk music but also has a mohawk so he naturally becomes the latest target of the Sentinels.

A teen film with a conscience, Dangerously Close was one of the better films to come out of the Cannon Group in the mid-80s.  The script is smarter than the average 80s teen film and Albert Pyun’s slick direction captures the appeal of being young and rich in the suburbs.  Stockwell, Peck, and Lowell all give better than average performances  and there is actually some unexpected depth to Stockwell and Peck’s friendship.  Stockwell does not play Randy as just being a typical rich villain.  Instead, he is someone who thinks he’s doing the right thing even when he’s not.

The cast is full of faces that will be familiar to anyone who has ever been a fan of 80s high school films.  Keep an eye out for Thom Matthews, Don Michael Paul, Gerard Christopher, Miguel Nunez, Jr., and DeeDee Pfeiffer, all doing their part to keep the halls of Vista Verde safe. 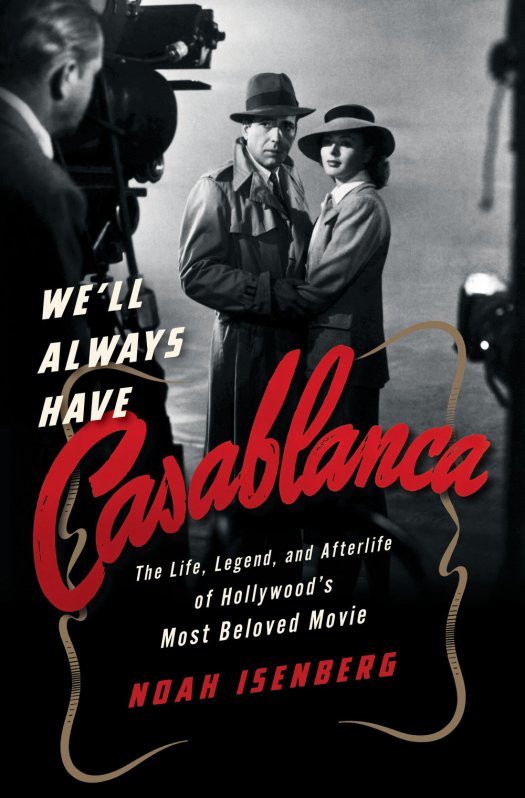 CASABLANCA was released seventy-five years ago today, and The Cult of Casablanca is stronger than ever! The film resonates with young and old alike in its themes of lost love, redemption, and answering to a higher moral authority. Noah Isenberg’s latest book, WE’LL ALWAYS HAVE CASABLANCA: THE LIFE, LEGEND, AND AFTERLIFE OF HOLLYWOOD’S MOST BELOVED MOVIE, takes a look behind the Silver Screen to track the history of the film  from its beginnings through its continuing popularity today.

Isenberg, a professor of film studies at The New School and author of the definitive EDGAR G. ULMER: A FILMMAKER AT THE MARGINS (2014), gives the reader a three-pronged look at the film. In the first, he meticulously delineates the screenplay’s roots, from its birth as the play Everybody Comes to Rick’s by Murray Burnett and Joan Alison, to the adaptation by brothers Julius and Philip Epstein, to the contributions of writers… 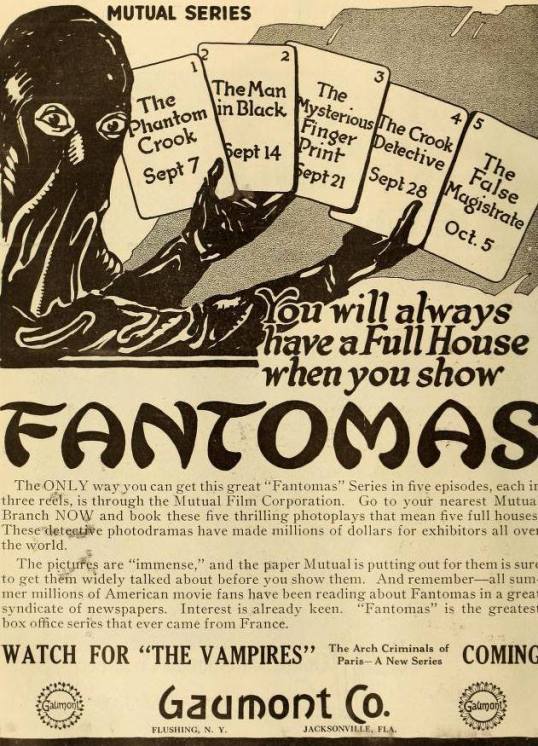 I was doing some research on the history of French cinema for an upcoming series of reviews and I came across this charming little advertisement from 1916. I guess this was sent to theater owners to encourage them to show Fantomas.

Would  I show Fantomas is I got this in the mail?  I sure would!  I’d even hire someone to dress up like Fantomas and deal cards outside the theater.  If only I had been born 100 years earlier… 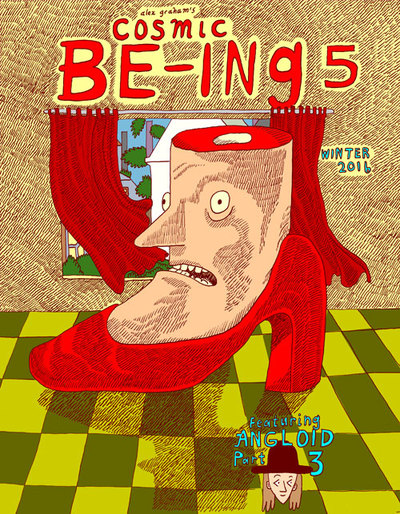 I survived the abomination that was Doomsday Clock #1 by the slimmest of margins, and with that in the rear view mirror, it’s time to take a look at stuff that arrived at my LCS or via the USPS this week that I actually liked —

The fifth and latest self-published issue of Alex Graham’s magazine-sized solo series Cosmic BE-ING (yes, that’s how you spell it), originally solicited for Winter 2016, is finally here, and to say that this guy is one of the most intriguing cartoonists in the small press scene these days is an understatement of quasi-criminal proportions. Graham’s juxtaposition of the otherworldly and the mundane is meticulously delineated by means of painfully intricate “head-trip” designs and a keen eye for everyday observation. No one else is even trying to do the sort of comics Graham does; he truly exists in a sub-genre unto himself. This time out…


Hi, everyone!  Lisa here with today’s music video of the day!

So, I’ll be honest with you.  The main reason that I picked today’s video is because Dallas is my hometown.  I love it and I love the fact that this song is not only about Dallas but it was actually filmed here as well.

One thing you’ll notice about any video, movie, or TV show shot in Dallas.  There’s always going to be at least a few shots of the Bank of America Plaza in the background.  That’s the building that non-Dallasites tend to refer to as being “that big green building.”  There have been so many nights where I looked over my shoulder, saw that building behind me, and I somehow knew everything would be okay.