Jerry Springer has been many things over the course of his long life.  Lawyer.  Anti-war activist.  Adviser to Bobby Kennedy.  Congressional candidate.  City councilman.  Brothel aficionado.  Mayor.  Journalist.  Commentator.  Talk show host.  Destroyer of culture.  Scourge of humanity.  Twice, he was a highly recruited candidate for the U.S. Senate but, both times, it was decided that there was no way a morally questionable television personality could actually win high political office in the United States.

There is one thing that Jerry Springer has never been and that is a movie star.  However, that’s not for lack of trying.  At the height of his talk show’s popularity, Jerry Springer starred in Ringmaster.  Though he played a character named Jerry Farrelly and his show was retitled The Jerry Show, there was never any doubt that Jerry Springer was meant to be playing himself.

Who is Jerry Springer, according to Ringmaster?  He’s a sad and weary man who sleeps with his guests and worries that his raunchy show will be his only legacy.  After one show, he tells his staff that he will never again be elected to political office.  His staff laughs but Jerry didn’t sound like he was making a joke.  Why does Jerry do it?  Because he cares about America!  When a man in his audience starts yelling that Jerry and his guests are all going to Hell, Jerry gets in his face and let him know that his show is providing a voice for the people who live in the real America.

In Ringmaster, the real America is made up of people like trailer park nymphomaniac Angel Zorzak (Jaime Pressly) and her mother, Connie (Molly Hagan).  Angel and Connie appear on The Jerry Show after Angel sleeps with her stepfather (Michael Dudikoff, the American Ninja himself) and Connie gets revenge by sleeping with Angel’s boyfriend.  Also on the show is Demond (Michael Jai White), who cheated on his girlfriend with her two best friends and, the night before the show, cheats with Angel too.  Thanks to the show, Demond gets his comeuppance and Angel and Connie’s relationship is repaired.  The movie ends with mother and daughter back in the trailer park, talking about how their new neighbor has big feet.

Pressly and Hagan are the best thing about Ringmaster.  The worst thing is undoubtedly Jerry Springer.  For someone who has made a career in both politics and television, Jerry Springer turns out to be a terrible actor.  He sleepwalks through the movie with a please-kill-me look on his face, keeping his head down and muttering the majority of his lines.

According to Wikipedia, Ringmaster had a budget of $20,000,000 and grossed back less than half of that.  Why would people pay money to watch what they could see on TV for free?  Jerry Springer never became a senator or a movie star.  He continues to host his talk show and probably will until the end of time.

All of these are worth reading and in fact, I insist that you do.  Let’s enjoy the written word while we can because, sadly, the future holds only illiteracy and propaganda.

Tomorrow, it’s the list that you have all been waiting for: my picks for the best films of 2016! 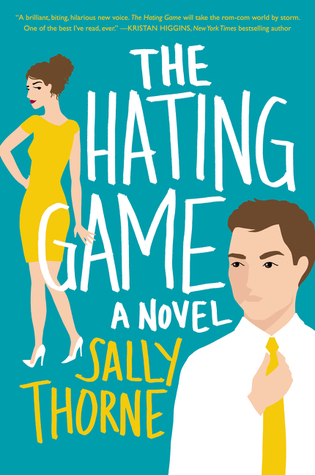