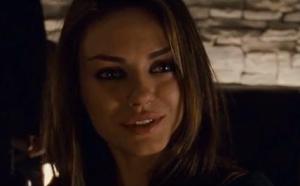 Is there any organization out there right now that isn’t handing out either awards or nominations?  Earlier today, The members of the Screen Actors Guild became the latest organization to join in the fun when they announced their nominations for the best film performances of 2010.

Here’s the nominees.  I apologize, in advance, for the lack of sarcastic commentary but I have a headache and, as a result, my wit is sleeping on the couch for now.

Ensemble:
Black Swan
The Fighter
The Kids Are All Right
The King’s Speech
The Social Network

But seriously, SAG, where’s Animal Kingdom’s Jacki Weaver?  I mean, I can understand why Noomi Rapace was snubbed.  The Mainstream doesn’t want to remind people that there was a perfect Lisbeth Salander before Rooney Mara.  That’s how the game is played.  That’s why the people over at awardsdaily.com are already trying to claim David Fincher’s remake of The Girl With The Dragon Tattoo as the film to beat for best picture next year.

But nobody’s remaking Animal Kingdom.  There’s nothing wrong with admitting that, in a year of excellent female performances, few were as a note perfect and unexpected as Jacki Weaver’s. 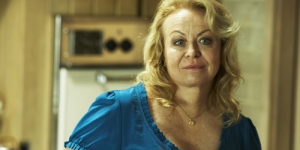