The Los Angeles Film Critics Association announced their picks for the best of 2018 earlier today and guess who picked up their award for Best Supporting Actor?

That’s right.  As sad as we all were to see Glenn brutally murdered on The Walking Dead, at least we can find some happiness in the fact that Steven Yeun’s career has prospered since leaving the show.  Yeun won the LAFCFA’s Best Supporting Actor prize for his role in the Korean film, Burning.  The LAFCA liked Burning quite a bit actually.  It also came in second for the Best Picture prize, an award that was won by Roma.

Finally, Debra Granik won Best Director for her work on Leave No Trace, making her the first woman to win the directing prize of a major critics group this year.

Best Screenplay – Nicole Holofcener and Jeff Whitty (Can You Ever Forgive Me?)
Runner up: Deborah Davis and Tony McNamara (The Favourite)

Best Animation – Spider-Man Into the Spider-Verse
Runner up: Incredibles 2

Special Citation – The Other Side of the Wind 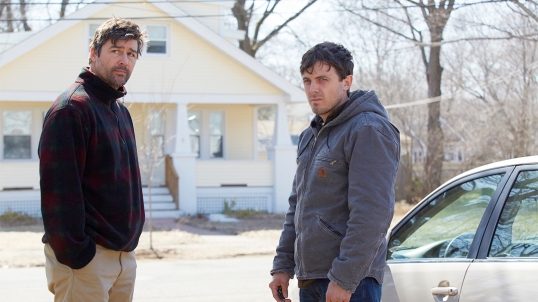 The Broadcast Film Critics Association have announced their nominees for the 22nd Annual Critics’ Choice Awards and here they are!  Once again, in a pattern that will probably see repeated several times of this next month, the nominations were dominated by Moonlight, La La Land, and Manchester By The Sea.

BEST ACTOR IN AN ACTION MOVIE

BEST ACTRESS IN AN ACTION MOVIE

BEST ACTOR IN A COMEDY

BEST ACTRESS IN A COMEDY