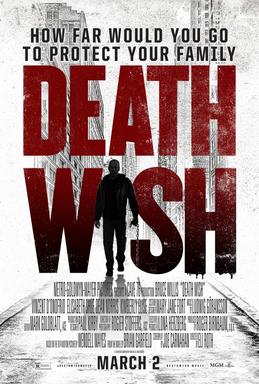 Earlier today, I finally got to see Spotlight, the film that is currently the front-runner to win the Oscar for best picture.  Spotlight tells the story of how the Spotlight team, a group of journalists working for the Boston Globe, investigated the shameful history of sexual abuse of children by Catholic priests in the Archdiocese of Boston.  Starting with charges against one priest, the Spotlight team eventually uncovered sexual abuse by at least 70 priests and also revealed that the revered Cardinal Law was involved in covering up the crimes.

Having now seen Spotlight, I can say it’s a good film.  It’s well-made.  It’s well-acted.  The script contains some memorable lines.  I’ve talked to a few friends of mine who have actually worked as journalists and they have all assured me that Spotlight gets the details of their profession correct and that it’s pretty much an authentic look at what it’s like to be a reporter at a major newspaper.  There’s a lot of good things that can be said about Spotlight.

And yet, I’m not particularly enthusiastic about it.  I think my main issue with the film is that it’s just such an old-fashioned and rather conventional film.  It’s a throw back of sorts, an earnest exploration of a real-life outrage.  (Even the fact that the heroes are journalists makes the film feel as if it was made a decade or two in the past.)  On the one hand, you have to respect that director Tom McCarthy had the guts to tell his story in the least flashy way possible.  But, occasionally, his by-the-book approach is not as compelling as you want or need it to be.  Spotlight is a good film but it’s not a particularly challenging film and it’s the films that challenge us that truly stay with us after the final credits conclude.

Yes, it’s a good film but some are declaring that Spotlight is the best film of the year and I’m afraid that I just don’t see it.  There are a lot of 2015 films that will probably still be fondly remembered 5 years from now: Ex Machina, Mad Max: Fury Road, Inside Out, Sicario, and others.  When compared to those films, Spotlight feels more like an admirable made-for-TV movie.  It feels more like something that should sweep the Emmys than the Oscars.

That said, Spotlight does feature some excellent performances.  In fact, the entire cast does such a good job that it’s difficult to really single anyone out.  They come together as a nearly perfect ensemble.  (That said, I’m a bit torn on whether Mark Ruffalo came across as being passionate or merely mannered.)  Michael Keaton, especially, does a good job, embodying everyone’s ideal image of a journalist with integrity.