Nick Parker (Rutger Hauer) may have lost his sight in Vietnam but he gained something else.  With the help of surprisingly friendly villagers, Nick learned how to master his other senses.  He also became a proficient and deadly swordsmen.  Why would the villagers go out of their way to help an American soldier who, in all probability, they viewed as an intruder?

Of course not!  All that matters is that 1990’s Blind Fury features Rutger Hauer as a blind swordsman who, 20 years after returning home from Vietnam, decides to to go to Florida to pay a visit on his old service buddy, Frank (Terry O’Quinn).  Frank, however, has developed a gambling problem and is currently in Reno, Nevada.  While Nick is getting to know Frank’s ex-wife, Lynne (Meg Foster), and Frank’s bratty son, Billy (Brandon Call), Slag (Randall “Tex” Cobb) shows up with two corrupt cops.  As you can probably guess from his name, Slag is a bad guy.  He’s looking for Frank.  Nick manages to kill the cops and run off Slag but, in the process, Lynne is killed.  With her dying breath, Lynne asks Nick to take Billy to his father.  Nick, of course, agrees.

The rest of this fast-paced film follows Nick and Billy as they head across the country.  Following them along the way is Slag and his men.  Frank has obviously made some pretty big mistakes and gotten on the bad side of some pretty dangerous people and it’s now up to Nick to save Frank, if just so Billy doesn’t end up an orphan.  At first, Billy is resentful and does things like demanding a window seat on the bus that they’re taking to Nevada.  (As Billy rather rudely puts it, it’s not like Nick has any use for the window.)  Billy also laughs when Nick trips in a puddle and then tries to trick Nick into eating a rock.  However, Nick soon proves himself to be more than capable of defending both himself and Billy.  Soon, Billy is calling him “Uncle Nick” and Nick …. well, Nick still seems to be wondering what he ever did that was so wrong that a part of his punishment was to get stuck with such a little brat.  But, that is a part of Nick’s charm.

And, indeed, Nick has a lot of charm.  That’s not particularly surprising, given that he’s played by the charismatic Rutger Hauer.  Hauer is convincing as both a blind man and a fighter and he bring a lot of sly humor to the role.  Nick may be a warrior but he’s definitely a warrior with a certain joie de vivre.  Beyond his own talents as an actor, Hauer was just one of those performers who had enough natural athleticism to look totally credible while swinging a sword at his enemies. One of the things that makes Blind Fury so enjoyable is that you never doubt that Hauer could actually do all of the things that we see him do.

Blind Fury is a fast-paced and entertaining film.  Director Philip Noyce keeps the action moving quickly and he’s smart enough to avoid getting bogged down with trying to convince the audience that film’s plot makes any more sense than it does.  Blind Fury is a B-action movie that’s proud to be a B-action movie and, as a result, it’s a lot of fun.  The film ends with a battle between Hauer and Sho Kosugi that is genuinely exciting to watch.  It also ends with the promise of a sequel, one that was sadly never made.

As I watched the film tonight (and, with the temperature currently being below freezing and a good deal of ice still being on the ground outside, I definitely enjoyed the escape that the film provided), it occurred to me that I’ve recently viewed many Rutger Hauer films.  I’ve seen a few bad films starring Rutger Hauer but I have never seen a bad Rutger Hauer performance.  Hauer always gave 100%, regardless of what else might be going on with the movie.  That’s why he was a great actor and one who is definitely missed today.

Blind Fury is definitely a very good Rutger Hauer film.  Watch it the next time you need to see that, with a little determination, anything is possible. 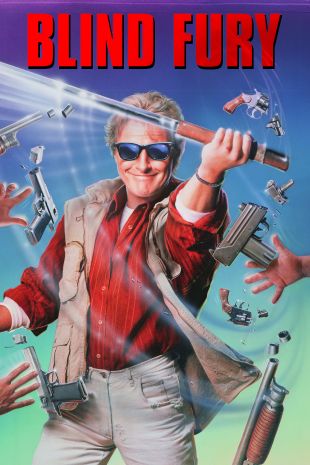 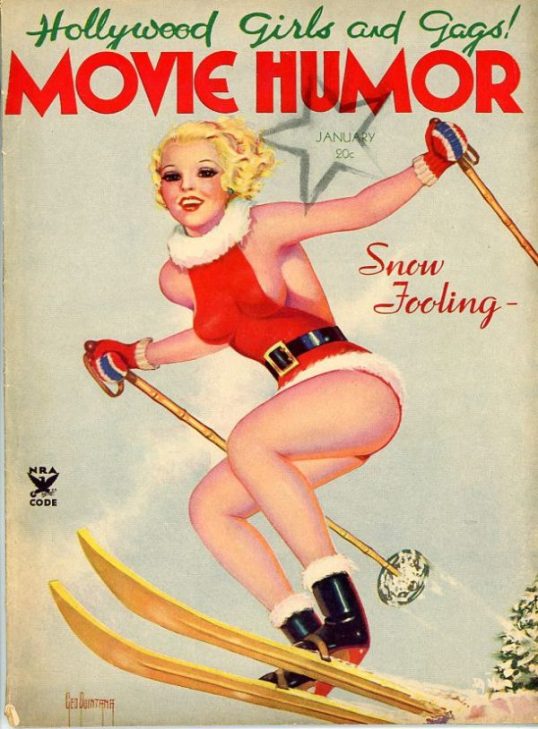 This George Quintana cover is from 1935.  I’m sharing it today because today is also the start of the Winter Olympics.  USA!  USA!  USA!


Today’s atmospheric music video of the day comes to us from Italy.