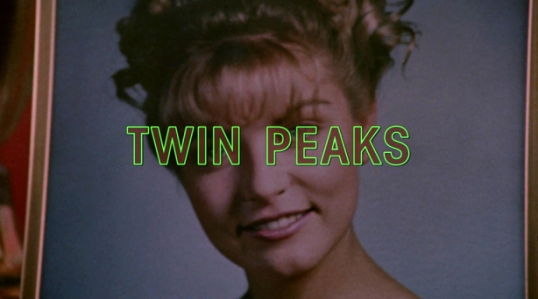 There are those who claim that in today’s visually-saturated, sonically-bombarded, information-overloaded world, good, old-fashioned words have lost not only, in many cases, their meaning, but also their power — and yet, with nothing more than one word, David Lynch and Mark Frost stopped Twin Peaks fandom as a whole dead in its tracks tonight. 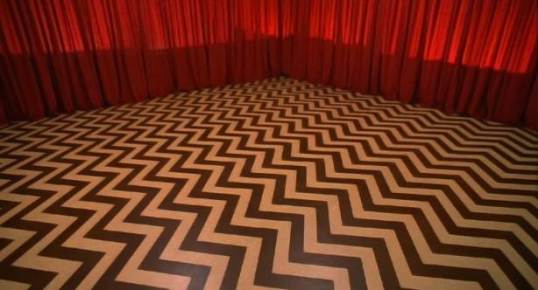 And here’s the damndest thing of all : it wasn’t uttered into a micro-cassette recorder by Kyle MacLachlan’s Dale Cooper, it came from the mouth of Miguel Ferrer’s Albert Rosenfied, and it was addressed to an actual, living, breathing human being — specifically, Laura Dern. But now we know. Now we know who Coop was talking to for all those years, and all those years ago. And something tells me — and I’m telling you in turn — that’s going to have big repercussions.

Oh, and other things happened in part six…

As always, a full-scale recap will be posted either later tonight or at some point tomorrow.  These are just some initial thoughts that I had while watching the sixth part of Twin Peaks: The Return!

1. The opening theme music by Angelo Badalamenti is just as haunting as ever.  That may seem like an obvious thought but one should never underestimate just how important that music is to this show.  It sets the mood for everything that follows.  No matter what’s happened in your life in between episodes, hearing that music immediately puts you back into the world of Twin Peaks.

2. I have to admit that I kind of hope Tom Sizemore will show up in tonight’s episode, if just because of this twitter exchange that I came across yesterday.

3. As strange as Dougie/Cooper may be acting, the strangest part of his storyline is how everyone in his life refuses to accept that he’s acting strangely.  If nothing else, the Dougie/Cooper scenes have served to illustrate just how far people will go to avoid having to admit that anything out of the ordinary is happening.

4. Once again, Twin Peaks has reminded us of how much we’re gong to miss Miguel Ferrer.

5, Diane!  We finally met Diane but, just in case you haven’t seen the episode yet, I’m not going to spoil things by revealing who played her.

6. Admittedly, if you follow me on twitter, you may have seen me recently saying that I though Balthazar Getty’s performance was very detrimental to Lost Highway.  Well, while I’m not going back on that opinion, Getty gave a pretty good performance tonight.

8. So, basically, in 25 years, there has been zero staff turnover at the diner.

9. I am going to be so careful driving tomorrow.  I’m not going a mile over the speed limit.

10. The little boy’s soul, if that’s what it was, flying into the air reminded me of a post my sister did about spirit photography.  Check it out here.

11. Hey, Patrick Fischler’s back!  I was wondering if we’d get to see him again.  You may remember him as the guy in Mulholland Drive who had the nightmares about an evil creature living behind a dumpster.

12.  “One one nine!”  The druggie mother is played by an actress named Hailey Gates and the character freaks me out every time she shows up.  Gates also hosts a show on Viceland.  (Yes, Viceland still exists.) 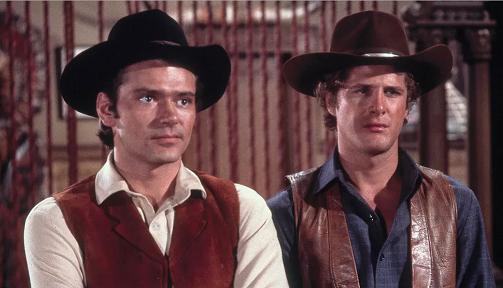 Welcome to the Old West.  Hannibal Heyes (Pete Duel) and Kid Curry (Ben Murphy) are two of the most wanted outlaws in the country, two cousins who may have robbed trains but who also never shot anyone.  After being promised a pardon if they can stay out of trouble for a year, Heyes and Curry have been living under the names Joshua Smith and Thaddeus Jones.

During a trip to San Francisco to visit his old friend, a con artist named Silky O’Sullivan (Walter Brennan), Heyes is told that Kid Curry is currently on trial in Colorado.  When Heyes goes to the trial, he discovers that the accused (Robert Morse) is an imposter and that the real Kid Curry is watching the trial from the back of the courtroom.  It turns out that the man of trial is just an attention seeker , someone who is so desperate for fame that he is willing to be hanged to get it.  At first, Curry thinks this is a great thing.  After the imposter hangs, everyone will believe that Curry is dead and they’ll stop searching for him.  Heyes, however, disagrees, especially after the imposter starts to implicated Heyes in crimes that he didn’t commit.

Obviously inspired by Butch Cassidy and the Sundance Kid, Alias Smith and Jones was one of the last of the classic TV westerns.  Though I originally assumed that it was the show’s pilot, The Day They Hanged Kid Curry was actually the first episode of the second season.  With commercials, it ran 90 minutes.  Because of its extended running time, The Day They Hanged Kid Curry was not included in Alias Smith and Jones‘s standard rerun package.  Instead, it was edited to remove the show’s usual opening credits and it was then sold as a motion picture, despite the fact that it is very obviously a television show.

As long as no one is expecting anything more than an extended television episode, The Day They Hanged Kid Curry is okay.  I have never been a big Alias Smith and Jones fan but this episode’s plotline, with Robert Morse confessing to crimes he didn’t commit just so he can have a taste of fame before he dies, feels prescient of today’s culture.  For classic western fans, the main reason to watch will be the chance to see a parade of familiar faces: Slim Pickens, Henry Jones, Paul Fix, and Vaughn Taylor all have roles.  Most important is familiar Western character actor and four-time Oscar winner, Walter Brennan, as Silky O’Sullivan.  This was one of Brennan’s final performance and the wily old veteran never loses his dignity, even when he’s pretending to be Kid Curry’s grandmother.

As for Alias Smith and Jones, it was a modest success until Pete Duel shot himself halfway through the second season.  Rather than retire the character of Hannibal Heyes, the show’s producers replaced Pete Duel with another actor, Roger Davis.  One day after Duel’s suicide, Davis being fitted for costumes.  This move was not popular with the show’s fanbase and Alias Smith and Jones was canceled a year later, though it lived on for years in reruns.

Adam West, who died June 9th at age 88, will never be ranked among the world’s greatest thespians. He was no Brando or Olivier, no DeNiro or Pacino. His early career wasn’t very distinguished: one of Robert Taylor’s young charges in the final season of THE DETECTIVES, Paul Mantee’s doomed fellow astronaut in 1964’s ROBINSON CRUSOE ON MARS, the bumbling romantic lead in The Three Stooges’ THE OUTLAWS IS COMING (1965). Were it not for one role, no one would be mourning his loss today. But that one role, as millionaire Bruce Wayne aka BATMAN, captured the imagination of an entire nation, and remains the hero of an entire generation.

It’s hard to describe to anyone who wasn’t a kid in 1966 just what BATMAN meant to us. The series was a comic book come to life, before comics became “dark and brooding” little psychodramas for fanboys. Comic Books were OUR medium… 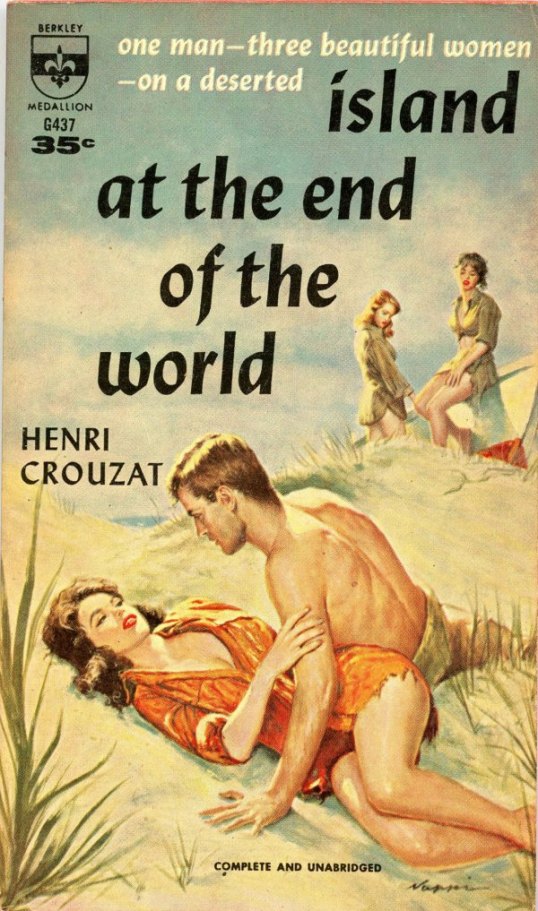 
But behind the scenes, it was more like Face Without Eyes. I’m not abridging this story. Thank you Rob Tannenbaum and Craig Marks for writing the book I Want My MTV. Also, thank you John Diaz and Billy Idol for sharing this story.

John Diaz: On “Eyes Without a Face,” I brought in Tony Mitchell as DP–that was one of the first videos he shot. David Mallet directed, and David always shot in 16mm. I said, “I don’t care what else you do, but we have to shoot this in 35mm and Billy has to look like a beauty queen.”

Billy Idol: The video was super-important because we had large hopes for “Eyes Without a Face.” We poured into it not only ideas, but also money and time. For three days, I didn’t see anything but dry ice, smoke, fire, and naked bodies. We hardly slept.

John Diaz: Bill Aucoin brought some new contact lenses for Billy. I said, “You can’t give them to Billy, they might redden his eyes during the shoot.” Well, he gave them to Billy. David Mallet liked to use lots of dry ice in videos. So Billy was laying in dry ice for quite some time, and he was really tired, and his eyes dried out. The contact lenses fused to his eyeballs.

Billy Idol: We’d been up all night finishing the video and got straight on a plane to do a gig in Arizona. It was boiling hot so I laid down on the grass outside the venue, and when I woke up, a sheriff was standing with his gun drawn. I’d never really had a gun barrel in my face.

I almost couldn’t think because of the pain in my eyes. I’d fallen asleep with my contact lenses in, and they were dried from being on set, then on an airplane. I said, “I’m with the band that’s sound-checking inside that building.” My eyes were tearing, pouring water. So we go inside and the sheriff made my road crew line up. He said, “Who is this?” And they said, in unison, “The boss.” So he left me alone. Then they had to take me the hospital because I’d scraped the cornea so badly. I had my eyes bandaged for three days, until the cornea grew back. It was stupid, really. But I wasn’t thinking too much, I was just trying to get the video done.

According to the authors of I Want My MTV, during this period, “the average budget had been $30,000 to $40,000, but videos now became more sleek and elaborate–and so grueling that three different people went temporarily blind.” This wasn’t even the only time somebody went temporarily blind on a Billy Idol video.

Stories like this are something to keep in mind the next time you see a music video you love that isn’t in IMDb. People temporarily lost the ability to see in order to get these made. So, submit.