Saigon, South Vietnam.  A CIA agent stands on a street corner when a young man parks his scooter in front of him.  The young man runs away and the scooter explodes, killing the agent.  Another agent, Mark Andrews (Burt Reynolds), is sent to Saigon to find out why the first agent was killed.  From the minute he arrives, Mark finds himself in the middle of a web of betrayal, intrigue, double agents, and a communist plot to assassinate the American ambassador.  Only Mark can prevent the assassination but first, he is going to have to survive a series of death traps.  He will also have to wrestle a boa constrictor.  If you have ever wanted to see Burt Reynolds wrestle a boa constrictor, this is the movie for you.

This low-budget James Bond rip off would be forgotten if not for three reasons.

First, this was one of the few American films to be made about the Vietnam War during the time of America’s involvement in that conflict.  Operation C.I.A. was released in September, a month after the passage of the Gulf of Tonkin Resolution.  Soon, the Vietnam War would become so unpopular that very few mainstream movies would even acknowledge it.  Originally, Operation C.I.A. was going to be filmed on location but, because of the rising hostilities, filming was instead done in Thailand, with Bangkok filling in for Saigon.  That Bangkok and Saigon had absolutely nothing in common was not considered to be a problem.

Secondly, this was one of the few films to be directed by Howard Hawks’s longtime editor, Christian Nyby.  Nyby is credited as directing The Thing, though many assume that Hawks actually directed that film.  Post-Thing, Nyby had an undistinguished directorial career, working mostly in television.  The black-and-white Operation C.I.A. has little in common with The Thing but it could pass for an episode of I Spy.

Finally, Operation C.I.A. was Burt Reynolds’s first starring role.  Burt is miscast as an American James Bond and he spends the majority of the movie looking stiff and uncomfortable.  The first time that Sean Connery left the role of James Bond, Burt Reynolds was one of the actors considered to replace him.  Judging from Operation C.I.A., everyone should be happy that George Lazenby got the role instead. 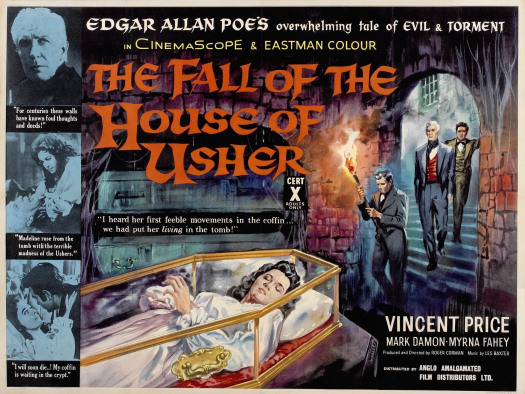 I’ve covered Vincent Price’s film work 17 times here, which must be some kind of record. Can you tell he’s one of my all-time favorite actors? Vincent Leonard Price, Jr. was born May 27, 1911 in St. Louis, Missouri. The elegant, eloquent Price was also an avid art collector and gourmet cook of some note. He’s justifiably famous for his film noir roles, but Price etched his name in cinematic stone as one of filmdom’s Masters of Horror.

Price starred in his first fright film way back in 1940 with THE INVISIBLE MAN RETURNS . But it wasn’t until 1953’s 3-D outry HOUSE OF WAX that he became tagged as a horror star. Later in that decade, he made a pair of gimmicky shockers for director William Castle ( THE HOUSE ON HAUNTED HILL , THE TINGLER), and in 1960 began his collaboration with Roger Corman on movies based (loosely, mind you) on the works of Edgar Allan Poe. The first… 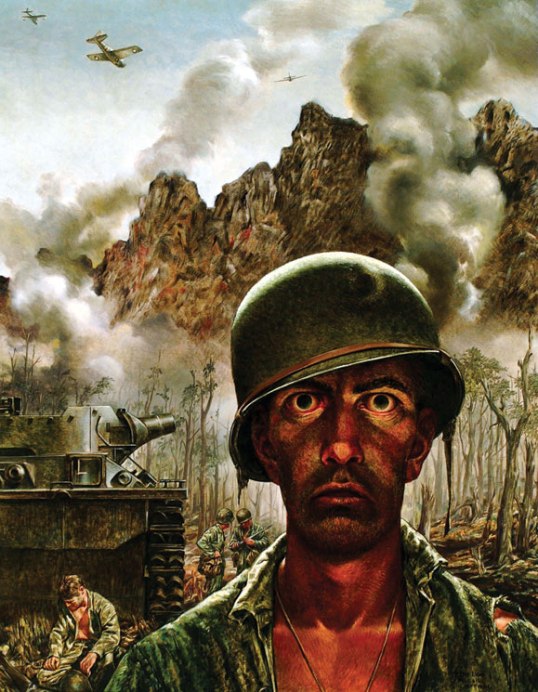 
Since I missed the day of the premiere of the Twin Peaks reboot, I’m doing my Twin Peaks tie-in video today. If Wikipedia and Songfacts are to be taken at face value, then there’s an interesting story behind this music video.

As hard as it is for someone like me who grew up on Orbison to hear, his career apparently stalled in the 1970s. Maybe people really didn’t like The Fastest Guitar Alive (1967), and held it against him. 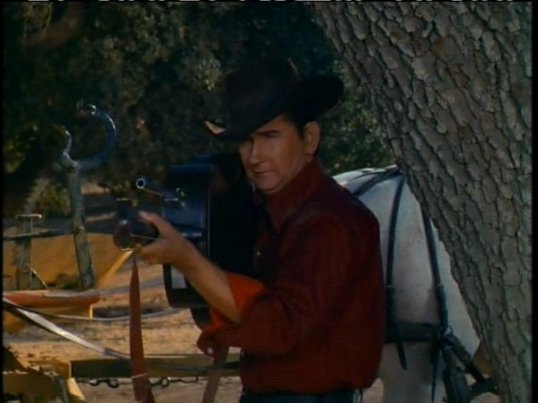 I wonder how he ended up agreeing to be in that. Maybe he saw that Marty Robbins was starting to appear in movies such as that years Hell On Wheels, and decided he’d take a crack at it the same way Elvis did. His career probably stalled because it was eclipsed by the revolutions in music during the 60s and 70s.

Then Blue Velvet (1986) came along. Orbison didn’t authorize the use of the song in the movie or know how it was going to be used. Lynch went ahead and used it anyways. Since it was used so effectively and is one of the most important parts of the film, it stirred up renewed interest in Orbison. At the time, Orbison didn’t have access to the master recordings of many of his hit songs because of legal issues. Orbison changed his tune about its use in the movie at this point, and asked Lynch if he could use some footage from the movie in the music video for the song. To solve the legal problem, Orbison went back into the studio to re-record his hits for the 1987 album In Dreams: The Greatest Hits. Lynch not only was fine with him using scenes from the movie, but offered to help with the re-recording of the song for the greatest hits album, which he did.

The video is nice and simple. It captures the surreal feeling of the song, the film, and combines the two into a single music video. I love that it starts with Dean Stockwell lip-syncing the song before slowly fading to Orbison actually singing it. It uses Stockwell several more times during the video, but that initial part is like peeling back the curtain to see what is really behind it–a theme of Blue Velvet.

I am going to believe mvdbase when it says Leslie Libman directed this. It, and IMDb both say that she directed some videos for him. The only thing that throws me a bit is that Wikipedia says 1987, but mvdbase says 1989. I think that’s probably an error. Still, they did make videos after Orbison’s death in 1989. That’s why I’m making special mention of it.

You may or may not recognize one of the backup singers in the video. It’s Denise Vlasis, who is best-known as being a prominent Madonna lookalike.

Let’s put this all together here. You have David Lynch who used In Dreams by Roy Orbison in Blue Velvet. The video was directed by Leslie Libman. Leslie Libman would go on to direct Britney Ever After (2017). Britney Spears famously kissed Madonna onstage, and collaborated with her. Denise Vlasis is such a famous Madonna lookalike that she has worked with Madonna. Denise Vlasis is in the music video In Dreams, which brings us back to David Lynch.

You know, as bad as Britney Ever After was, this has me thinking it would have been appropriate for Libman to use She’s A Mystery To Me after the film’s attempt to explain away it not really having the rights to tell the story by saying that people only knew her through video clips–usually from TMZ.