The legendary Robert McGinnis was one of the first artist that I ever profiled on this site.  At the age of 91, he is still working.  Below are some of the covers that, over the past few years, he has painted for the Hard Case Crime paperback imprint: 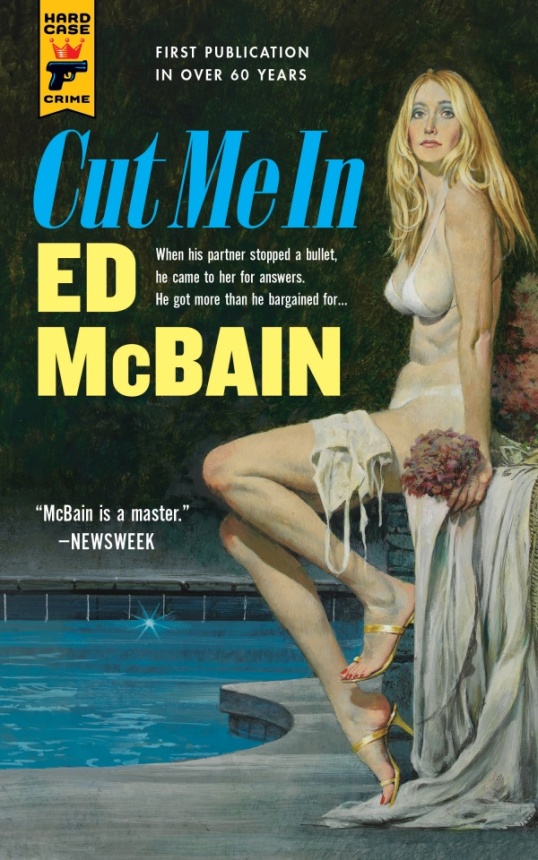 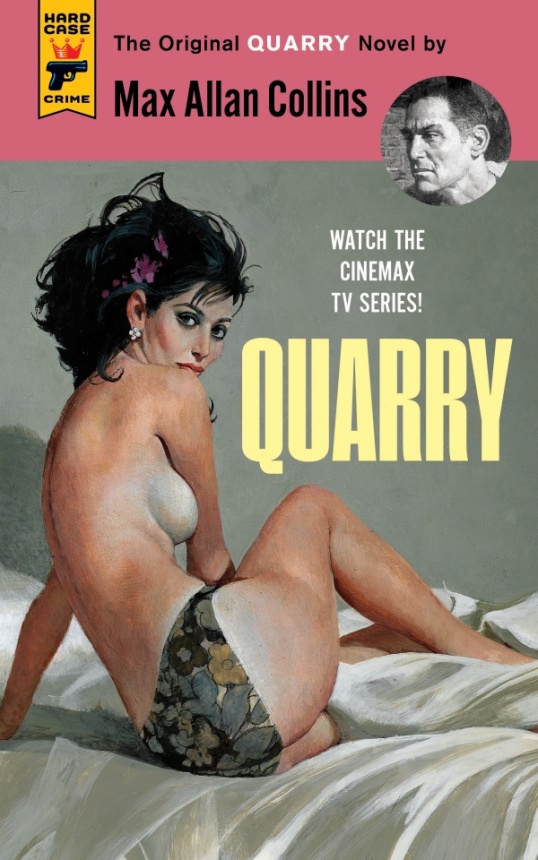 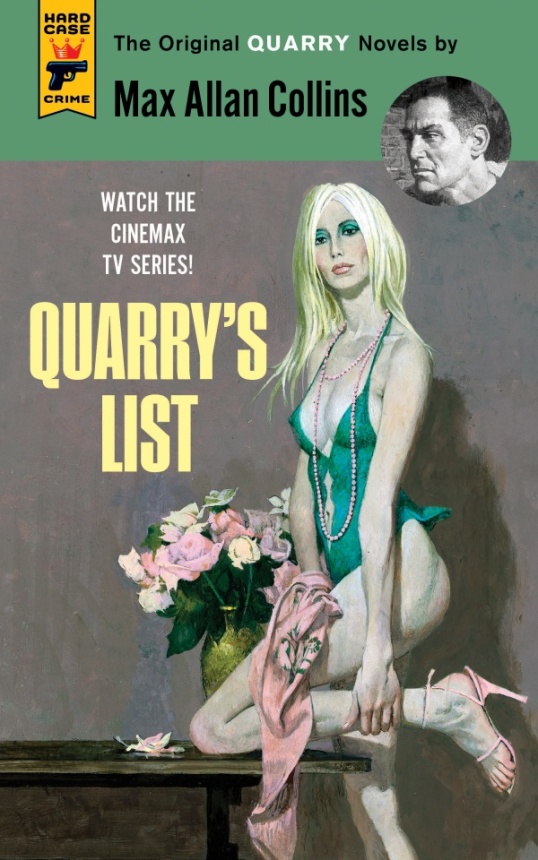 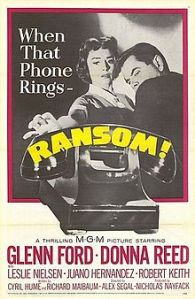 What would you do if your child was kidnapped?

That’s the question asked in this unjustly obscure film from 1956.  Dave Stannard (Glenn Ford) is a wealthy businessman, with a beautiful wife (Donna Reed), a big suburban home, and a butler named Chapman (the great Puerto Rican actor Juano Hernandez).  One day, his son Andy (Bobby Clark) does not come home from school.  The school says that a nurse showed up to pick Andy up for a doctor’s appointment but neither Dave nor his wife know about any appointment and their family doctor says that he would never send a nurse to pick up a patient.

Andy has been kidnapped.  When the kidnappers call, they tell Dave that they want half a million dollars in ransom.  Dave gets the money together but is then told, by reporter Charlie Telfer (Leslie Nielsen), that, once the kidnappers have the money, they will have no incentive to return Andy.  Since Andy is the only person who could identity them to the police, they may very well kill Andy after getting the money.  By paying the ransom, Dave will also be encouraging other kidnappers.

The next morning, Dave goes on television and announces that he will not be paying the ransom.  Instead, he announces that if the kidnappers do not immediately return his son, the money will be given as a reward to anyone who helps to track them down.

If this sounds familiar, it’s because Ransom! was later remade by Ron Howard, with Mel Gibson as the father and Gary Sinise as the kidnapper.  (Ransom! itself was a remake of a live television drama that aired in 1954.)  As opposed to the Howard film, the original Ransom! is a low-key character piece, one that takes place almost entirely in the Stannard home and in which the kidnappers remain largely unseen.  Almost the entire movie focuses on Dave, his decision, and his struggle to come to terms with that decision.  Was Dave right or was he wrong?  Ransom! is stagey but thought-provoking with excellent performances from the entire cast.  Even Leslie Nielsen, making his film debut, does well in the type of dramatic role that defined his career until he reinvented himself as a masterful comedic actor.

They don’t make them like this anyone and that is too bad.

Welcome to another exciting edition of Creature Double Feature, a fond look back at the type of weird and wonderful monster movies that used to be broadcast Saturday afternoons on Boston’s WLVI-TV 56. Today we’ve got twin terrors from 1957, one beneath the sea, the other above the skies. Let’s dive right in with THE MONSTER THAT CHALLENGED THE WORLD, a soggy saga starring former cowboy star Tim Holt and a monstrous giant sea slug!

An earthquake has released the beast in California’s Salton Sea, and when a Navy parachutist and a rescue crew goes missing, Commander “Twill” Twillinger (Holt) investigates. A mysterious, sticky white goo is found on board (no “money shot” cracks, please!), and a sample is taken to the lab of Dr. Rogers (Hans Conreid). Rogers analyzes the substance, a “simple marine secretion” (again, no wisecracks!), later discovered to be radioactive.

Rogers’ secretary Gail (Audrey Dalton) and Twill get off…

I’ve always liked the covers of the Hard Case Crime paperbacks.  Hard Case Crime is mix of reprints of classic pulp novels and new works written in the hardboiled style of old.  Each novel features a cover painted in the retro style of the pulps, by artists like Michael Koelsch, Robert McGinnis, Glen Orbik, and Greg Manchess.

All of the covers below were done for Hard Case Crime by Chuck Pyle, who along with being an illustrator is also a beloved instructor at San Francisco’s Academy of Art University.  Click here to read a good profile of him from 2015.  He sounds like the type of instructor that every artist should be lucky enough to study under.

To find out more about the Hard Case Crime imprint, click here. 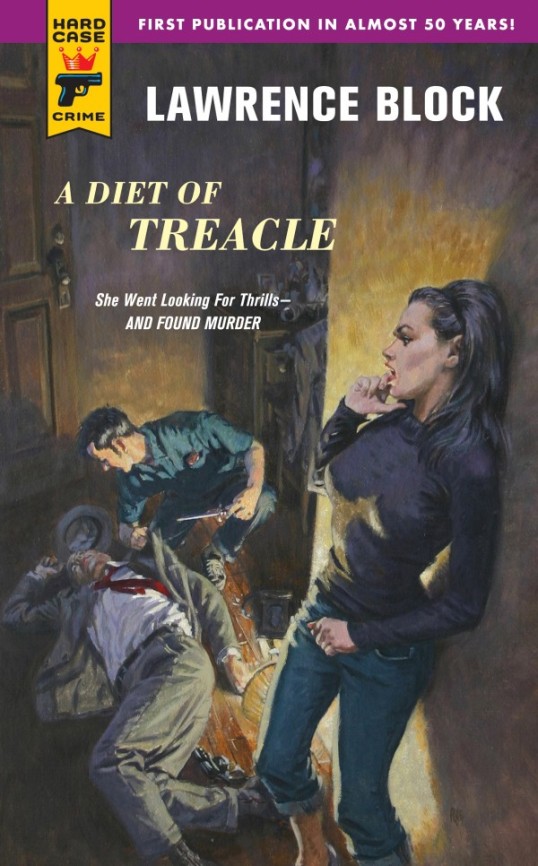 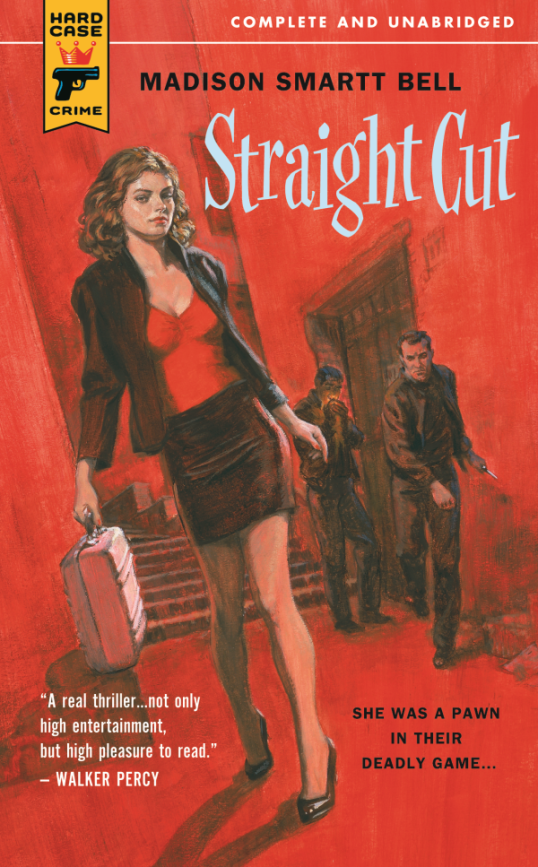 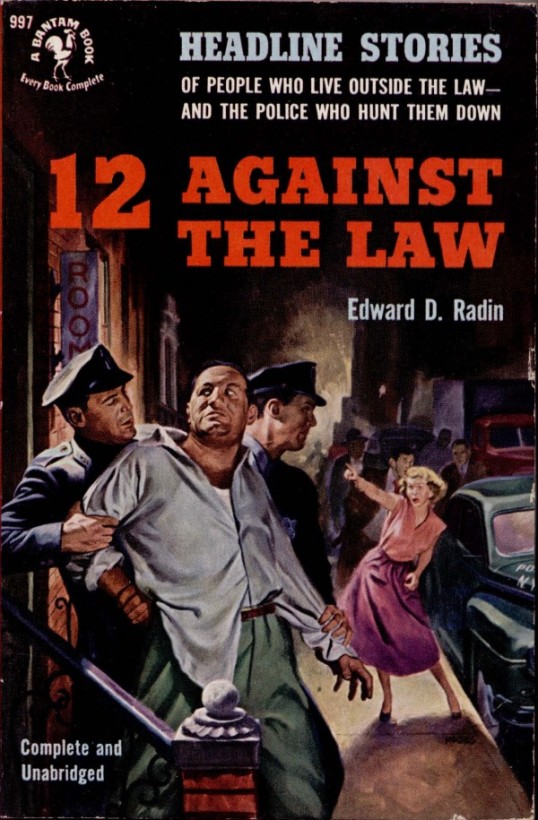 
When the 8-bit world is being invaded by a bunch of spiders wearing sombreros, who else can you depend on to save the day other than Alvin Risk and everyone’s favorite internet meme, Nyan Cat?  Of course, it’ll also involve a lot of heart, a lot of dancing, and a spinning pizza.  No one should be surprised.

This video was created by Nyan Cat’s creator, Chris Torres.  I think it’s kind of adorable.