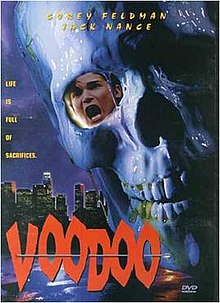 Andy Chadway (Corey Feldman) is an aspiring writer who is attending college in the UK.  When he meets Rebecca (Diane Nadeau), he is so smitten with her that he transfers to a school back in the States so that he can be near her.  Of course, Andy doesn’t bother to tell her ahead of time so, when he arrives at his new school, he’s shocked to discover that Rebecca doesn’t seem to be happy to see him and that, since she lives in a sorority house, he can’t stay with her.

Desperately needing a place to live, Andy checks out the local fraternities but he discovers that there’s only one frat that is willing to take him.  It’s the worst frat on campus, a collection of weirdos led by Cassian Marsh (Joel J. Edwards).  Andy joins anyway but soon discovers that the frat is actually a voodoo cult that is more interested in human sacrifice than raging keggers.

Corey Feldman made a huge number of strange movies in the 90s.  They were all released straight-to-video and almost all of them featured Feldman trying to get away from his teen idol image.  In Voodoo, Feldman battles zombies and voodoo priests and Corey Haim is nowhere to be seen.  Feldman is actually not bad in Voodoo.  He’s always been a better actor than he’s given credit for but he also brings so much personal baggage to every role that it’s impossible to see him as being anyone other than Corey Feldman.  That is definitely the case with Voodoo.

The premise of Voodoo is an interesting one and it had a lot of potential.  The film deserves credit for taking its plot seriously and there is one good sequence where Marsh uses mind control to destroy a rival fraternity.  However, Voodoo has too many scenes that seem like filler and it never fully explores its premise.

Keep an eye out, however, for Jack Nance.  One of the original members of David Lynch’s stock company, Nance played the title role in Eraserhead and also played Pete Martell on Twin Peaks.  Nance plays the father of a former member of the fraternity and he’s the one who warns Andy to be weary of Marsh.  Nance and Feldman previously co-starred in Meatballs 4 and Nance’s eccentric presence livens up their scenes in Voodoo.  This was one of Nance’s final roles before his untimely death in 1996. 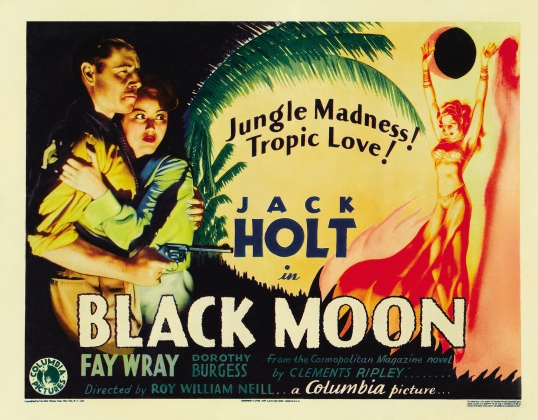 I thought I’d seen, or at least heard of, all the horror films made during the 1930’s. I was wrong. BLACK MOON was new to me when I viewed it recently as part of TCM’S Summer Under the Stars salute to KING KONG’s  main squeeze, Fay Wray. It’s a voodoo tale also starring square-jawed Jack Holt and Pre-Code favorite Dorothy Burgess . The director is Roy William Neill, who would later work with genre giants Karloff (THE BLACK ROOM), Lugosi and Chaney (FRANKENSTEIN MEETS THE WOLF MAN), and helm eleven of the Universal Sherlock Holmes films with Basil Rathbone. 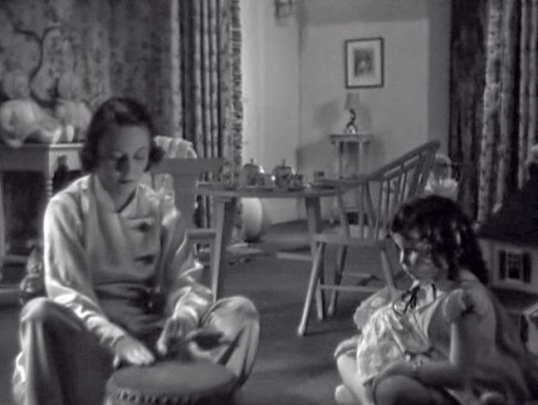 The film open with the pounding of jungle drums, and we see Nita Lane (Burgess) is the one pounding them in her luxurious home. Nita grew up on the Caribbean isle of San Christopher, where her parents were murdered during a native uprising. Hubby Stephen (Holt) is against Nita returning to the… 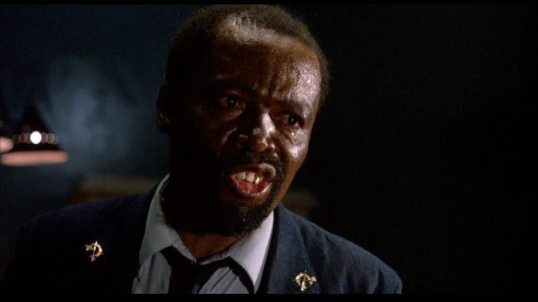 “I want to hear you scream.” — Dargent Peytraud

All I can say about this scene is that I guarantee every guy who watches this will want to cross their legs tight. They may just scream as well just as a reflex action to what happens in the end.

Yet, as one watches this torture scene of the main lead in the film the audience never really sees anything. Everything’s implied and we see signs of what’s about to happen throughout the segment.


The Academy today announced the 75 songs that will be eligible to be nominated for best original song of 2012.  That’s right — 75 songs!  And here they are:

“For You” from “Act of Valor”
“Metaphorical Blanket” from “Any Day Now”
“Let It Rain” from “Being Flynn”
“Learn Me Right” from “Brave”
“Touch the Sky” from “Brave”
“Airport” from “Brooklyn Brothers Beat the Best”
“Come on Girl” from “Brooklyn Brothers Beat the Best”
“Someday” from “Brooklyn Brothers Beat the Best”
“Protect the King” from “Brooklyn Castle”
“California Solo” from “California Solo”
“Casa De Mi Padre” from “Casa De Mi Padre”
“Del Cielo” from “Casa De Mi Padre”
“Yo No Se” from “Casa De Mi Padre”
“No Other Plans” from “Celeste and Jesse Forever”
“Before My Time” from “Chasing Ice”
“By the Light of the Moon” from “Crossroad”
“The Sambola! International Dance Craze” from “Damsels in Distress”
“When You Comin’ Home” from “Darling Companion”
“Death by China” from “Death by China”
“Delhi Safari” from “Delhi Safari”
“Ancora Qui” from “Django Unchained”
“Freedom” from “Django Unchained”
“100 Black Coffins” from “Django Unchained”
“Who Did That to You?” from “Django Unchained”
“How Bad Can I Be?” from “Dr. Seuss’ The Lorax”
“Let It Grow” from “Dr. Seuss’ The Lorax”
“Thneedville” from “Dr. Seuss’ The Lorax”
“Ain’t No Train” from “Downtown Express”
“You Don’t Have to Be a Star” from “Fame High”
“Jose’s Martyrdom” from “For Greater Glory: The True Story of Cristiada”
“Strange Love” from “Frankenweenie”
“Voodoo” from “Halloween Party”
“Luna Nascosta” from “Hidden Moon”
“Song of the Lonely Mountain” from “The Hobbit: An Unexpected Journey”
“Abraham’s Daughter” from “The Hunger Games”
“Master of the Seas” from “Ice Age Continental Drift”
“We Are” from “Ice Age Continental Drift”
“Looking for a Sign” from “Jeff, Who Lives at Home”
“From Here to the Moon and Back” from “Joyful Noise”
“He’s Everything” from “Joyful Noise”
“I’m Yours” from “Joyful Noise”
“Wide Awake” from “Katy Perry: Part of Me”
“Cosmonaut” from “Lawless”
“Beaten Up and Broken Down” from “Least among Saints”
“Suddenly” from “Les Misérables”
“Pi’s Lullaby” from “Life of Pi”
“When I Grow Up” from “Losing Control”
“Love Always Comes as a Surprise” from “Madagascar 3: Europe’s Most Wanted”
“Ladies of Tampa” from “Magic Mike”
“The Baddest Man Alive” from “The Man with the Iron Fists”
“This Gift” from “The Odd Life of Timothy Green”
“Still Alive” from “Paul Williams Still Alive”
“Dotted Line” from “People Like Us”
“Snake Eyes” from “Promised Land”
“Razors.Out” from “The Raid: Redemption”
“I’m Not Leaving” from “Re:Generation”
“Still Dream” from “Rise of the Guardians”
“Undercover Love” from “Rock of Ages”
“Big Machine” from “Safety Not Guaranteed”
“I Be Here” from “Saint Dracula”
“I Have Secrets” from “Saint Dracula”
“Skyfall” from “Skyfall”
“Breath of Life” from “Snow White and the Huntsman”
“Gone” from “Snow White and the Huntsman”
“One Wing” from “Sparkle”
“Not Running Anymore” from “Stand Up Guys”
“Feel Love” from “Struck by Lightning”
“Everybody Needs a Best Friend” from “Ted”
“Never Had” from “10 Years”
“Dull Tool” from “This Is 40”
“She Won’t Let Go” from “Until They Are Home”
“Kiss Me Goodbye” from “Virginia”
“Anything Made of Paper” from “West of Memphis”
“Hashishet Albi” from “Where Do We Go Now?”
“When Can I See You Again?” from “Wreck-It Ralph” 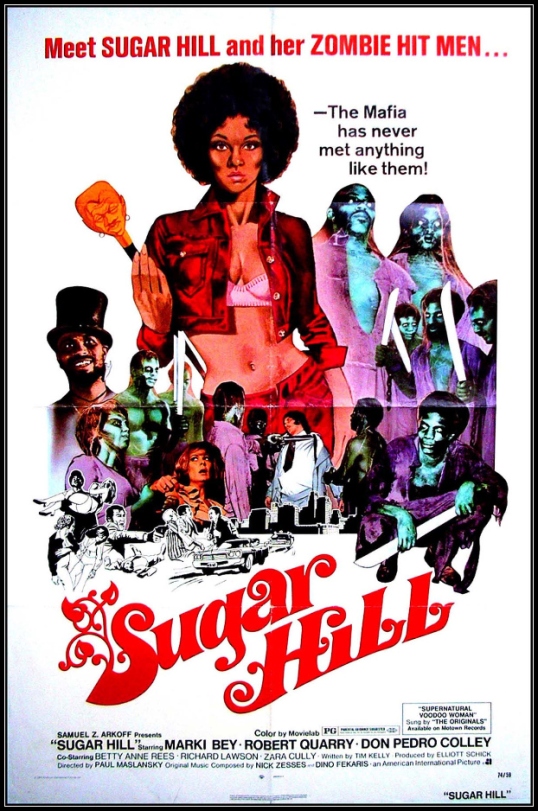 It’s been awhile since we’ve had a new pick for “The Daily Grindhouse” but that should end today. I’ve picked a good one and it is one out of sight, stone-cold groove of a pick. The latest daily grindhouse pick is the sweet blaxpoitation crime/horror mash-up, Sugar Hill.

This blaxpoitation flick was directed by one Paul Maslansky (yeah never heard of him either but that’s the life of a grindhouse filmmaker) and starred Marki Bey (in what would be her one and only feature-length role). Sugar Hill was part of the rush to take advantage of the success of another classic blaxpoitation flick, Blacula. This one wasn’t a straight out horror, but one mashed-up with a mafia story and how the voodoo-revenge side of the film took the spot of horror.

Overall, the film is quite good despite some very awful acting (even for a grindhouse film). Marki Bey (in the title role) actually is the highlight of Sugar Hill as she channels the sexy and badass vibe which made Pam Grier an instant favorite when she did Coffey. But people who read the synopsis on this flick shouldn’t expect zombies in the way we’ve come to know them. These undead are old-school voodoo zombies. They’re not flesh-eaters, but slaves of the voodoo priestess who summon them from their resting place to act as mindless muscle. These zombie end up becoming Sugar Hill’s unstoppable hit-men as she wreaks vengeance on the mafia who took her man away from her in the beginning of the film.

Sugar Hill is one example of why grindhouse cinema will always live on and find new converts. It is one fun time to be had not by just those who made it but for those who will see and continue to see it.