This is from 1960.  The cigarette and the gun are bad news but I love that dress!  This cover was done by Raymond Johnson.

Drug abuse is not a new problem in the United States.  The pulp era wrestled with the problem too, with many publications and novels telling the story of young women and young me who fell afoul the pushers and were enticed into a life of sin.

Here’s just a sampling of the high times of the Pulp Era: 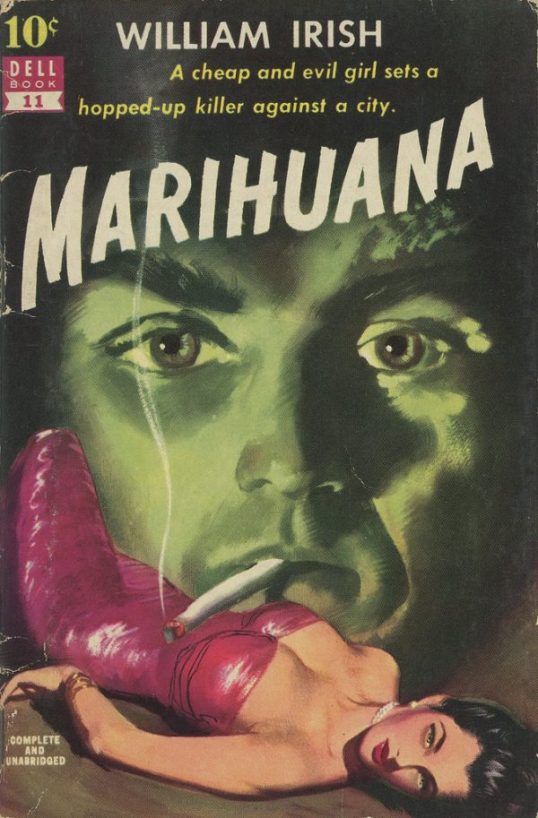 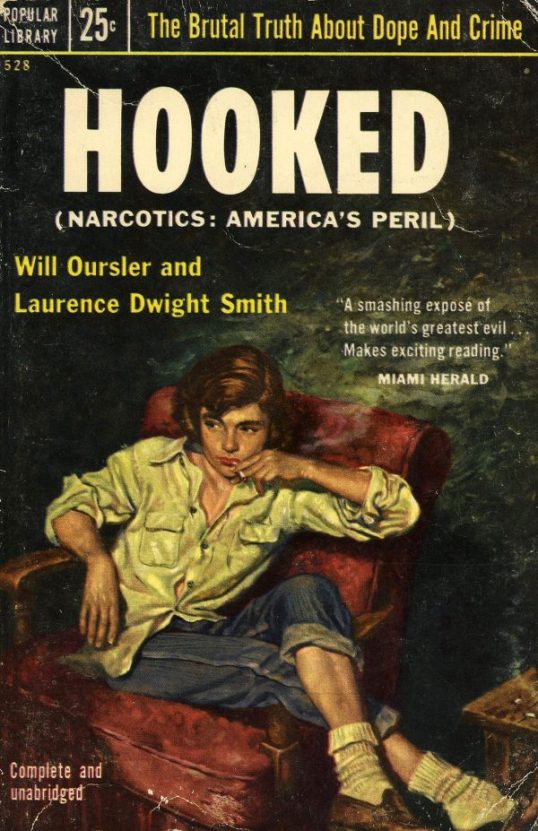 I think we all had enough summer this year.  Send in the fall!  This cover was done by Raymond Johnson. With the 4th of July approaching, let’s celebrate the American city with the pulps!  Ever since the early days of the pulp industry, writers and artists have excited readers with stories about the lives of those living in America’s cities.  Here, curtsey of some of the best artists to have worked in the industry, is a pulp-guided tour of those cities! 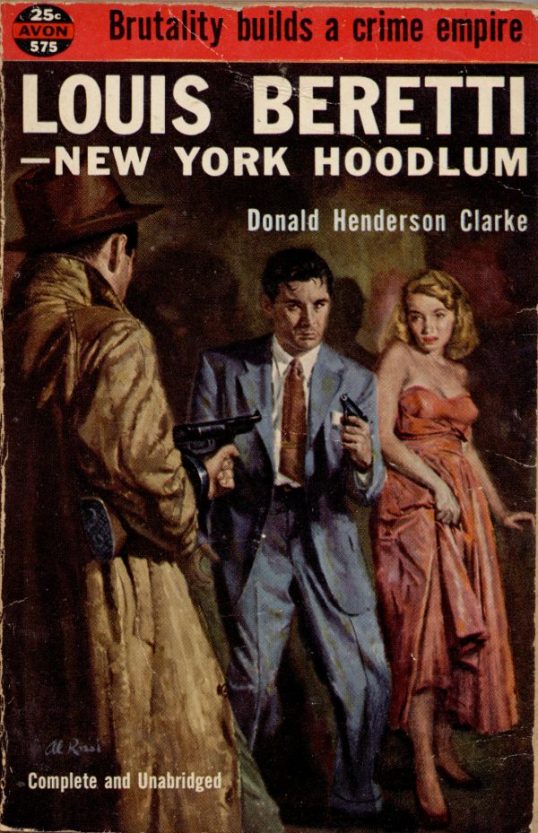 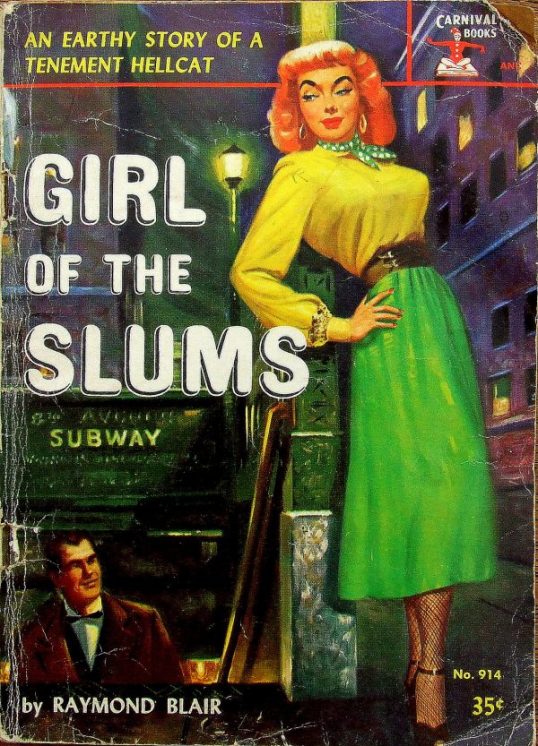 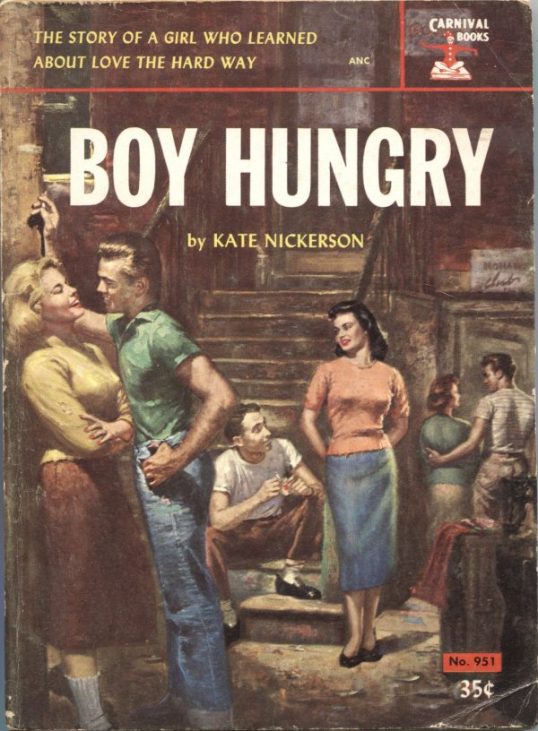 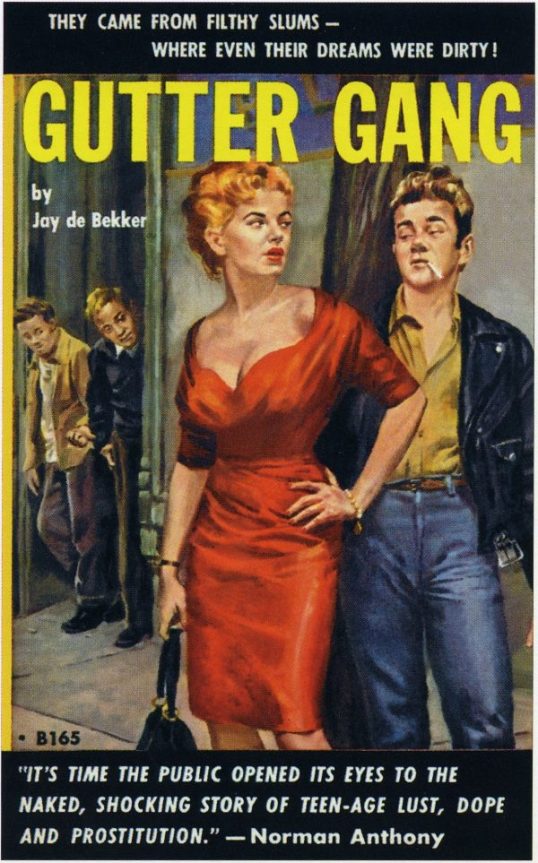 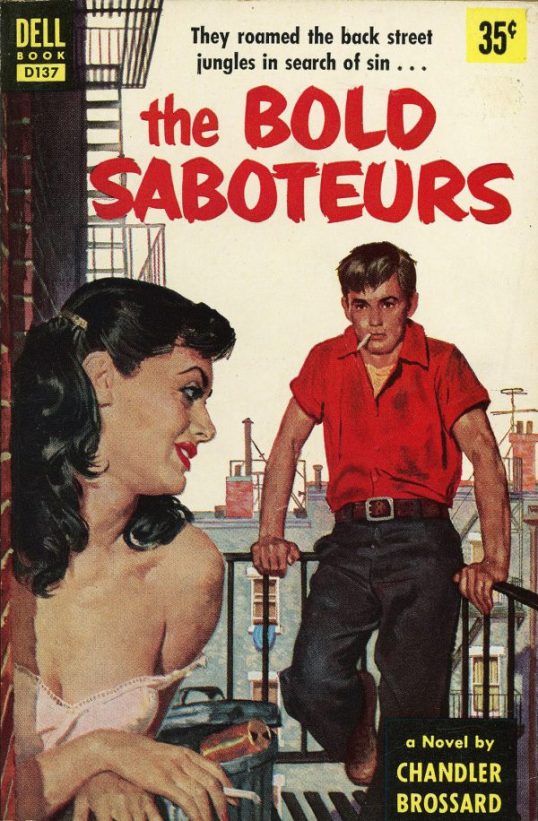 With the Fourth of July just a few days away, let’s celebrate the American countryside with the pulps!  From the early days of the pulps, life in rural America has been a favorite subject.  Here are a few portrayals of that life, courtesy of some of the best artists and illustrators to work in the pulp industry! 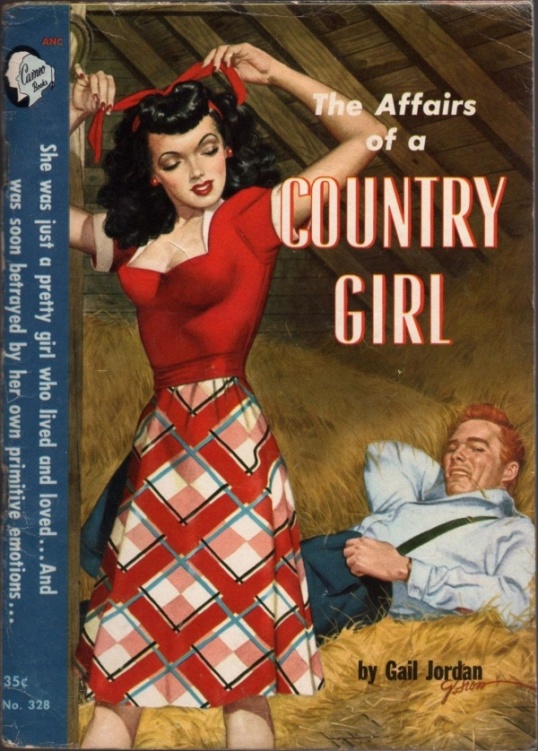 This book was originally published in 1964. That’s a nice motorcycle, I wonder if whoever wins the fight gets to keep it. I also like her shoes. I don’t like the motorcycle helmet that’s being worn by the man who has back to us. It looks like it might be too big for his head. Hopefully, it will provide some padding when he gets punched because the other man looks like he knows what he’s doing.


This is from 1963. Have you been to Kicksville? It sounds like a fun place where you can laugh, dance, undress, and serve coffee. Who knows where Kicksville is even located.

This cover was done by Raymond Johnson, who has been featured on this site in the past and who will undoubtedly be featured many more time in the future.

I’m always a little confused by these covers that feature a new title for a previously published book but which also include the old title.  If they liked Shame Girl so much, why did they change the title to Hot Date?  If they didn’t like Shame Girl, why are they still letting everyone know that was the original title?  Hot Date does sound and look better than Shame Girl.  There’s not much shame to be found on this cover.

This cover is from 1949.  It was done by Raymond Johnson, who has been featured many times on this site and who will be undoubtedly be featured more in the future.

Like Ice She Was was first published in 1960.  Unfortunately, writer William Ard died of cancer shortly after writing this book.  He was only 37 years old.  This was one of the many books that Ard wrote about hard-boiled private detective Lou Largo.  After he died, a few more Largo books were ghost-written by authors like Lawrence Block and John Jakes.  You can read more about William Ard at this tribute site.  And you can read a review (albeit a negative one) of this novel at this site.

As for the cover, the combination of the gun, the cigarette, the red bikini, and the high-wasted pants that compliment the confused expression on her fella’s face make this a pulp classic.  This cover was done by Raymond Johnson, whose work has been featured many times on this site. 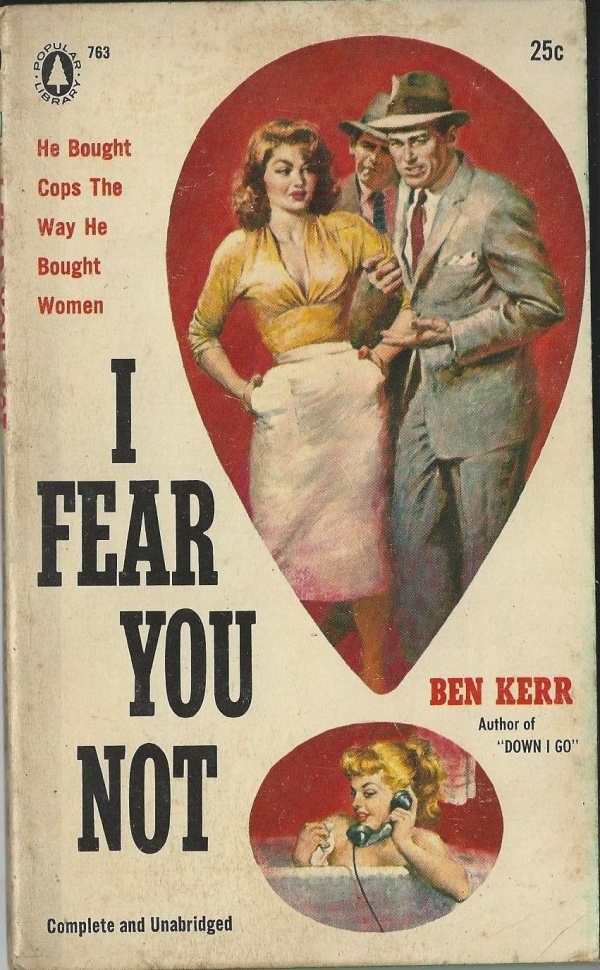 This book was first published in 1956.  According to Amazon, it’s a “racy, realistic look at gangsters who terrorized the entire town.”  Did they terrorize why them while on the phone in the tub?  I guess if he could “buy cops the way he bought women,” he might as well.

This cover was done by Raymond Johnson, whose work has been featured many times on this site.  Obviously, the thing that catches your attention about this cover is the way the giant exclamation mark is also used to give the reader a peek inside the story.  No one in either the period or the mark above appear to be feeling any fear.