How early can one predict the Oscars?

Well, it depends on how you look at it.  You can predict the Oscars at any time during the year.  However, predicting them correctly is next to impossible before October.  That said, I’m going to give it a shot!

So, with all that in mind, here are my way too early predictions for what will be nominated in January of 2019!  As of right now, these predictions are a collection of instinct and random guesses.  For all we know, some of these films might not even get released in 2018.  In all probability, we’ll look back at this list in December and laugh.

The Women of Marwen

Robert Zemeckis for The Women of Marwen

Steve Carell in The Women of Marwen

Joaquin Phoenx in Don’t Worry, He Won’t Get Far On Foot

Chloe Grace Moretz in The Miseducation of Cameron Post

Jeff Daniels in The Catcher Was A Spy

Leslie Mann in The Women of Marwen

The Gotham Awards were held last night!  Spotlight was the big winner though Paul Dano picked up the supporting actor award for his performance in Love & Mercy.

Officially, awards season started yesterday when it was announced that Chris Rock would host the Oscars in 2016.  And let me tell you, I was so excited about that prospect that, for the first time since this site began, I actually didn’t even post that a new Oscar host had been officially selected.  But anyway, here’s hoping that Chris does well!  (Personally, I still want them to give James Franco a second chance…)

However, today, we had the first of our annual Oscar precursors when the 2015 Gotham Nominations were announced!  It’s debatable just how much influence that Gothams have on the actual Oscar race.  The Gothams are designed to only honor independent, American-made films, which means that several potential Oscar nominees aren’t even eligible.  A lot of Oscar pundits have pointed out that, last year, Birdman did very well with the Gothams.  But wouldn’t Birdman have been nominated even without the Gothams?

As well, Carol got some recognition.  That’s probably a good thing since, after being an early front runner, Carol has lately been overshadowed by Spotlight, Steve Jobs, Bridge of Spies, and The Martian.

Here are the 2015 Gotham Nominees! 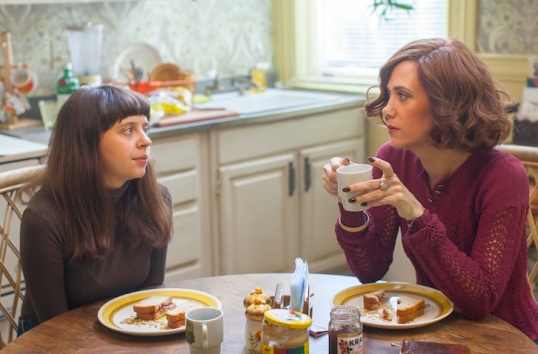