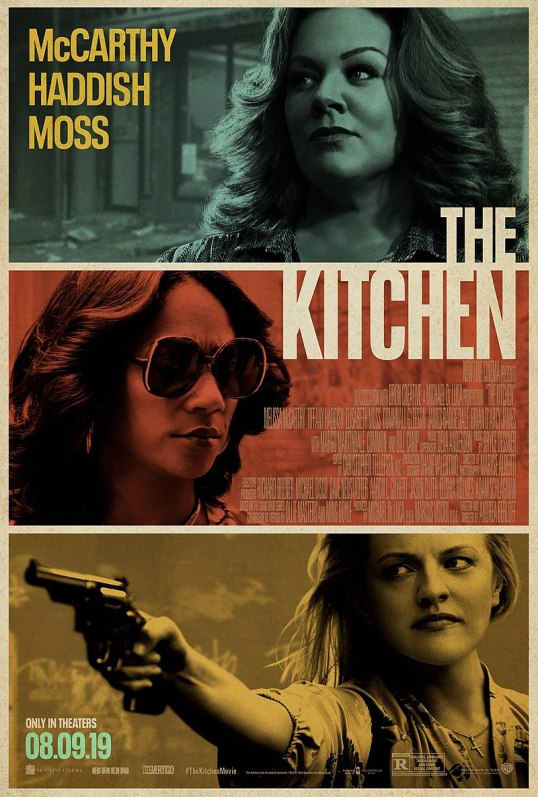 The Kitchen, which will be coming out in August, is one of those films about which I am cautiously optimistic.

It’s about three women in 1970s New York.  Each one is married to a member of the Irish mafia.  When their husbands all end up getting arrested by the FBI, the women take control of the rackets themselves.  This, of course, brings them into conflict with the old and patriarchal Italian mob.

It is it a comedy?  Well, it does star TIffany Haddish and Melissa McCarthy as two of the of the wives.  However, though they both may be thought of as being primarily comedic actresses, Haddish is a critical favorite right now and McCarthy has two Oscar nominations despite the fact that she’s appeared in some truly terrible movies over the past few years.  Both of them have proven that they can handle drama just as well as comedy.

So, is this a drama?  Well, as you can see in the trailer below, it does appear to feature Elisabeth Moss falling in love with violence.  In fact, the trailer features a few people getting killed but it also appears to take a rather jaunty approach to all the death.  “Oh look!  He’s sitting on the toilet and he got shot!”

So, I’m going to guess that this film is going to try to balance both comedy and drama.  That approach, when it works, can lead to wonderful things.  And when it doesn’t work …. well, let’s not even think about it.

I will say this — the trailer’s glimpse of 42nd Street is gorgeous!

Anyway, here’s the trailer for Widows …. I mean, The Kitchen:

One response to “Here’s The Trailer For The Kitchen”