Shadowbanning is when you still have a twitter account but, for whatever reason, twitter goes out of its way to hide your tweets.  Right now, people can read my tweets by going to my profile page or by following me.  That hasn’t changed.  However, my tweets do not currently show up under most twitter searches nor will they be found under any hashtags.

So, for instance, let’s say that someone decided to go on twitter and search for which film won the Palme d’Or at Cannes earlier today.  They’ll probably find a lot of tweets about it but what they won’t find is the post that I wrote for this site or the link that I tweeted out earlier today.  Or let’s say that someone was searching to see if anyone on twitter had written a review of the new Netflix film, Maria.  Again, I have.  And, as always, I posted a link to it on twitter.  But only those people who are already following me are going to see that link.  A random person searching for “Maria review” will not.

Why have I been shadowbanned?  I don’t know.  As you may remember, the same thing happened to me three years ago and the shadowban was lifted after three days.  From my own research, I imagine that it’s because I post a lot of links (mostly to this site) and I’ve been doing some automated tweets as my way of wishing everyone a good morning.  Here’s an example of one of them:

The Twitter Algorithm has apparently been set to treat with suspicion any account that posts a certain amount of links or which posts any automated tweet.  A human being, of course, could just look at my profile and see that I’m a very real person who talks to a lot of other very real people.  The Algorithm, however, doesn’t have to worry about any of that or any of the damage done by its decisions.  For a film blogger, being shadowbanned from the country’s biggest social network — even if it is just for a limited amount of time — can seriously and adversely effect that number of daily page views that their site receives.

I’ve been told that the best way to get unshadowbanned is to basically just go silent for a few days.  Apparently, under the new rules, these shadowbans usually only last 48 hours from the moment that you stop tweeting but they can last up to 5 days.  To me, this seems like bullshit and it also seems rather unfair but I guess that’s what I’ll do.

It’s frustrating.  Twitter says that they want to promote “healthy conversation” but this isn’t the way to do it.  A look at my twitter timeline will show that I’m probably one of the nicest, most positive people on twitter.  I don’t pick fights with people.  I don’t send abusive tweets to anyone, regardless of whether they’re verified or not.  I’ve studiously avoided getting involved in any of the political fights that have come to define social media as of late.  My only sin is that apparently I tweeted too much, I posted too many links, and I thought it would be cute to wish everyone a good morning.

I’m mad.  I’m hurt.  I’m sad.  And quite frankly, I’m not alone in this.  There are others who have been shadowbanned for the exact same reason.  They did something that tripped up the algorithm and they were shadowbanned without warning.  Tweeting at @Twitter or @Jack or @TwitterSupport, as so many people do, will not make any difference.  But you have to wonder how exactly we’re supposed to follow the twitter rules when no one knows what the rules are?

It’s easy to just shrug and say, “Well, forget twitter.  Who needs social media?”  Realistically, though, social media has become too important to be ignored or causally dismissed.  My fear, though, is that twitter’s foolish attempts to control “healthy conversation” will ultimately just make society sicker.  If you want to know why so many people end up on social media sites like Gab (where most of their interactions will likely be with Neo-Nazis who were previously kicked off of twitter), it’s because of stuff like this.

Anyway, I guess my twitter silence begins now.  I’ll be back in a few days, hopefully.

Fortunately, however, I will never be silent on this site.  TSL forever!

(And, by the way, check out this Shadownban Test, in case your curious about the status of your own account!) 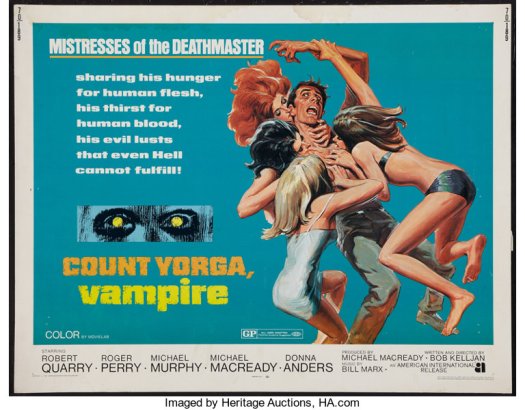 Robert Quarry’s screen career wasn’t really going anywhere by 1970. He had a good part in 1956’s soapy noir A KISS BEFORE DYING , but mostly he was relegated to uncredited bits in movies and guest shots on episodic TV. Quarry kept busy on the stage, until being approached by producer/actor Michael Macready to star in THE LOVES OF COUNT IORGA, originally envisioned as a soft core porn flick with horror elements. The actor said he would accept the job but only if it were turned into a straight modern-day vampire tale, and thus was born COUNT YORGA, VAMPIRE, launching Quarry into a new phase as a 70’s horror movie icon. 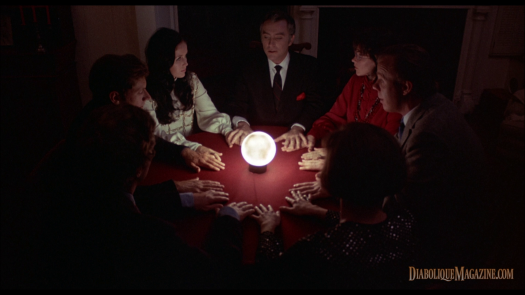 The plot is an updated version of Stoker’s DRACULA, with a few changes. Here, the Bulgarian-born Count Yorga is a recent transplant to California, and we first meet him conducting a séance on behalf of Donna, whose late…

The 2019 Cannes FIlm Festival is over and here’s what won!  Interestingly enough, for all the critical acclaim and excitement that greeted Tarantino’s Once Upon A Time In Hollywood and Terrence Malick’s A Hidden Life, the jury ignored both of them.

CAMERA D’OR (across all sections)

In Competition: “It Must Be Heaven,” Elia Suleiman
Un Certain Regard: “Beanpole,” Kantemir Balagov
Parallel Selection: “The Lighthouse,” Robert Eggers

Prize of the Ecumenical Jury: “A Hidden Life,” Terrence Malick

Queer Palm Award: “Portrait of a Lady on Fire,” Céline Sciamma
Short Film Queer Palm: “The Distance Between Us and the Sky,” Vasilis Kekatos

Brandy (Once Upon a Time…in Hollywood) 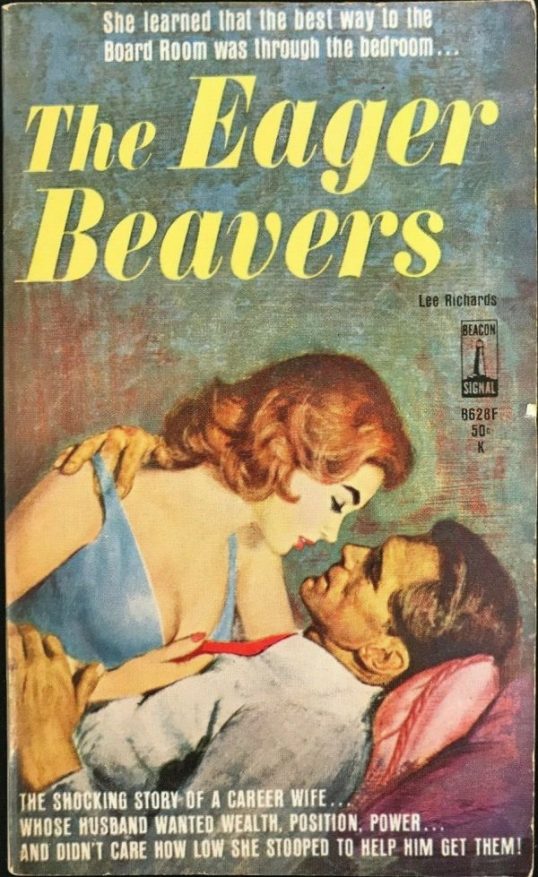 Once upon a time, Lily (Cristine Reyes) was one of the most feared cartel assassins in the Philippines.  Working with her lover, Kaleb (Ivan Padilla), Lily killed a lot of people and she did so with the an unstoppable ruthlessness.  However, she soon grew tired of the killing.  When she told Kaleb that she wanted out, he told her that there was no way to get out.  Lily decided to prove him wrong by betraying the cartel, faking her own death, and building a new life for herself.

Years later, Lily is now knows as Maria.  She’s a wife and a mother.  While her new husband is enthusiastic about a politician who says that he’s going to do whatever needs to be done to put the cartel out of business, Maria is always careful to remain apolitical.  In fact, she does nothing that might bring attention to herself.

Unfortunately, disappearing is easier said than done.  The cartel learns of her new location and Kaleb and his men are sent to kill her and her family.  They easily manage to kill both her husband and her daughter.  However, Maria escapes.  While Kaleb is forced to deal with the machination of a rival member of the cartel, the brutal Victor (KC Montero), Maria once again enters the criminal underworld.  She now only has one mission and that’s revenge.  She’s going to kill anyone who had anything to do with the death of her family….

Earlier tonight, I watched the Filipino film Maria on Netflix.  It’s pretty much a standard revenge thriller.  The action scenes and the over-the-top violence were clearly inspired by films like The Raid and John Wick.  One could just as easily replaced the cartel with the Russian mafia and Maria’s family with a collection of house pets and then sold that film as being about John Wick’s long-lost sister.  However, Maria didn’t have any of the winking self-awareness that makes both The Raid and the John Wick films so memorable.  Really, the only thing that Maria has to distinguish itself from other action films is that the lead character is female but, at times, that’s enough.  Even though the whole “action girl” character has become a bit of a cliche in the years since Kill Bill and the original Resident Evil, there’s still something undeniably satisfying about watching a woman kick ass.  If nothing else, this makes Maria an appropriate film to watch if you’re having a bad day and you need the catharsis that comes from watching some really bad dudes not get a fair trial.

The film itself is a bit oddly paced.  The first fourth of the film is a bit-heavy on torture scenes with one in particular being drawn out to a painful degree.  Things pick up once Maria starts beating people up and Christine Reyes gives a sympathetic and highly-charged performance in the title role.  Maria is not a particularly challenging film, nor is it one that you’ll necessarily remember two hours after you’ve watched it.  That said, for what it is — i.e., a modest revenge flick, it gets the job done.  Just like Maria!