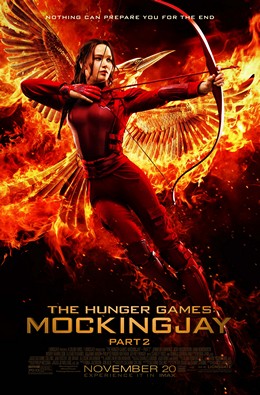 It probably sounds like I’m really excited that the final Hunger Games adaptation has been released.  It may sound like I’m happy that the saga of Katniss Everdeen and her life in Panem has finally come to an end.  And, to a certain extent, I am.  After everything that Katniss has been through, she deserves some peace and, fortunately, the series has ended before Jennifer Lawrence got bored with playing the role.  (To see what happens when actor gets bored with an iconic role, check out Daniel Craig in Spectre.)  Even though I think it can be argued that Mockingjay Part Two is the weakest of all the Hunger Games films, it still allows both Katniss and the actress who brought her to life to go out on a high note.

There’s a part of me that cringes a little when I think about all of the films that were released as a direct result of the success of The Hunger Games.  The Giver, The Maze Runner, Divergent, Tomorrowland, the list goes on and on.  I’ve reached the point where I can now say that I am officially sick of sitting through adaptations of Young Adult dystopian fiction.  And yet, I was still excited to see The Hunger Games: Mockingjay Part Two (even if that title is way too long and unwieldy).  Regardless of the number of mediocre films that it may have inspired, The Hunger Games franchise has always remained compelling.

So, how was Mockingjay Part Two?  Obviously, it doesn’t work as a stand-alone film.  The pacing is totally off, characters appear and disappear almost at random, and it’s all rather confusing.  If you haven’t seen the film that came before Mockingjay Part Two, I imagine that you would be totally confused by this film.  But, when viewed as the fourth part of one gigantic epic story, the whole thing is rather brilliant.

When the film opens, Katniss is still being used a prop in Alma Coin’s (Julianne Moore) revolution.  The majority of the film deals with her journey into and through the capital.  She wants to track down and assassinate President Snow (the wonderfully evil Donald Sutherland) whereas Coin just wants to use her as a symbol to solidify her authority.  As Katniss quickly realizes, there’s not much difference between Snow and Coin.  However, it takes one great tragedy for Katniss to truly understand the truth about the Alma Coin and her revolution.  If you’ve read the book, you’ll already know about and be prepared for that tragedy but it’s still a heart-breaking moment.

It’s also the most important moment in the franchise, one that reminds us that The Hunger Games has always been far more politically sophisticated (and thematically darker) than all of the films, books, and fan fic that has been inspired by it.  This is a seriously dark and, some would say, cynical movie and, as a student of history, I appreciated that.  I appreciated that Mockingjay didn’t try to force a happy ending on us and I also appreciated the fact that Mockingjay didn’t buy into the simplistic Manichaen worldview that is currently ruining worlds both real and cinematic.  The film’s final scene may be hopeful but it’s never naive.

It’s a bit unfortunate that Mockingjay had to be split into two separate films.  Mockingjay Part Two is full of exciting moments but there’s also a lot of scenes that feel like filler.  You get the feeling they were included to make sure that Mockingjay Part Two’s running team was equal to the other films in the franchise.  This is a film that features a lot of genuinely exciting action and some truly emotional moments.  It’s also a film that features a lot of speeches.  If only both parts of Mockingjay could have been released as one six hour film.  I would have watched it!

The film also features the final performance of Philip Seymour Hoffman, playing the rule of Plutarch.  Hoffman is not in many scenes and reportedly, he died before filming two of his biggest scenes.  Those scenes were rewritten and his dialogue given to other actors.  At one point, Woody Harrelson starts to read a letter that was written by Plutarch and it’s a sad scene because you’re aware that, originally, Hoffman was meant to deliver those lines in his trademark style.  As it is, Hoffman only appears in a few minutes of Mockingjay Part Two and he doesn’t do much.  But, when the film briefly features his bemused smile, you’re reminded of what a great actor the world lost when Philip Seymour Hoffman died.

Of course, the entire Hunger Games franchise has been full of great actors.  Jennifer Lawrence brought Katniss to wonderful and empowering life and one of the joys of Mockingjay Part Two is getting to see her bring the character’s story to a close.  But even beyond Jennifer Lawrence’s rightly acclaimed work, the entire cast of the franchise deserves a lot of credit.  I’ve always loved Donald Sutherland’s interpretation of President Snow and he’s at his best here.

For that matter, if there ever is another Hunger Games film or a Hunger Games spin-off, why not make it about Jena Malone’s Johanna Mason?  The way that Malone delivered her angry and frequently sarcastic dialogue was definitely one of the film’s highlights.

Regardless of whether there are any future films, The Hunger Games: Mockingjay Part Two is a worthy conclusion to a great story.

(By the way, as you may have guessed from the title of this post, December is science fiction month here at the Shattered Lens!  We hope you enjoy it!)

The upcoming release of The Scorch Trials (and my total apathy to it, along with my reactions to Divergent and Insurgent) only serves to remind me how much I’m looking forward to the final installment in The Hunger Games saga and how much I’m going to miss it all when it’s over. 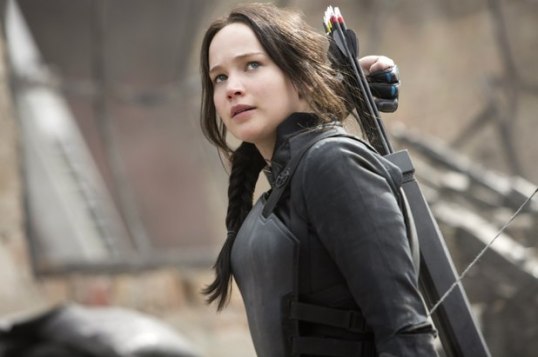 Below, you’ll find the last Hunger Games trailer ever!

The Hunger Games Mockingjay Part 2 comes to theaters on November 20th and I can tell you already that tears will flow from my mismatched, heterochromatic eyes when it’s all over.  Much like Sharknado, The Hunger Games has truly become a part of our shared culture and it’s hard to imagine a world with no new installments on the horizon.

Watch the trailer below and then read Leonard Wilson’s review of the first Hunger Games.

And then after you read Leonard’s take, read Leon The Duke’s review.

And then check out my review of Catching Fire.

And finally, read my thoughts on the first part of Mockingjay!