Normally, I tend to think that artists who don’t bother to put a title on their works are either being lazy, pretentious, or both — but after reading Bryce Martin’s recent self-published mini Untitled, I have to admit : If I were him (and he should be damn glad I’m not), I don’t know what the hell I would call this thing, either. In fact, even describing it is tough enough — and I say that as someone who at least likes to think that they’ve seen just about everything this medium has to offer.

All of which means, of course, that while this ‘zine doesn’t represent anything especially new per se, it does represent something quite different. And it kicks a lot of ass along the way to becoming and/or being — well, whatever it is. And in a very real sense, trying to define it, whether…

On tonight’s episode of FreakyLinks, Derek and the team head down to New Mexico to investigate reports of a tentacle-bearing desert creature!  If not for the tentacles, I would say it was probably a chupacabra. Seriously, if you ever see a chupacabra coming at you, run!

(A friend of mine in college was nicknamed Chupacabra, mostly because he was kind of …. odd.)

Well, what about it!?

Today’s Blast From The Past comes to use from 1955.  In this short film, a group of no-good 30 year-old high school students attack a middle-aged man who was just trying to drive home.  That man just happens to be the father of a member of the gang!  Now, due to the violence, the city council is considering a curfew!  That’s not fair to the good kids but what can be done about juvenile delinquency?

This film was shot in Lawrence, Kansas and it was directed by Herk Harvey.  Harvey directed a ton of educational short films like this but horror fans will always know him before for directing Carnival of Souls.  I’ll be sharing Carnival of Souls soon.  For now, give some thought to delinquents!

Still struggling to recover from having to act opposite Judd Nelson in the previous Relentless film, Los Angeles homicide detective Sam Deitz (Leo Rossi) finds himself investigating another string of seemingly random murders.  This time, the killer is Gregor (Miles O’Keeffe), a master of disguise who hangs his victims, decorates the crime scene with Satanic graffiti, and takes a lot of ice baths.  Deitz is forced to team up with a condescending FBI agent named Kyle Valsone (Ray Sharkey), who has his own reasons for wanting to capture Gregor and who might not have the best interests of the case in mind.  As if having to deal with killer Russians and crooked FBI agents isn’t bad enough, Deitz is also having to deal with the collapse of his married to Meg Foster and the everyday irritations of being an intense New York cop in laid back Los Angeles.

Whenever O’Keeffe isn’t doing his thing, the movie focuses on Deitz and Valsone.  To a certain extent, their relationship mirrors the relationship that Deitz had with Malloy in the first Relentless except, this time, the mentor turns out to be just as bad the killer.  Ray Sharkey was a good actor whose career nosedived because of his own addictions.  He was always at his best playing streetwise bad guys, like Sonny Steelgrave in Wiseguy.  He’s good as Valsone, giving a performance that indicates that, even if mainstream Hollywood wasn’t willing to take a chance of him, he could have carved out a direct-to-video career as a poor man’s Michael Madsen.  Unfortunately, Sharkey contracted HIV as a result of his heroin addiction and he died of AIDS just a year after the release of Relentless II.

Leo Rossi gives another good performance as Sam Deitz.  Rossi was usually cast as abusive boyfriends and low-level mobsters and it’s obvious that he enjoyed getting to play a hero for once.  Meg Foster may not get to do much as Deitz’s wife but her otherworldly eyes are always a welcome sight.

Relentless II was the high point of the Relentless films.  It made enough money to lead to a sequel.  Sam Deitz’s days of hunting serial killers were not over.

This story is an entrant in the 2020 Interactive Fiction Comp.  All of the stories can be browsed and experienced here.

You have recently moved from Hong Kong to the United Kingdom, leaving behind both your mother and your culture.  One night, you find yourself suffering from a fever, missing your mom (and the time difference makes it inconvenient to call her), and, worst of all, craving congee.

(From the game: Congee /ˈkɒndʒiː noun  (in Chinese cooking) broth or porridge made from rice. Meat, fish, and flavourings are added while preparing the congee, and it is most often served as a meal on its own, especially for those who are feeling unwell.)

Like a lot of Twine Interactive Fiction, Congee is less of a game and more of a story with choices.  You can click to get more details and to learn more about the world and the lives of the characters in the story but ultimately, the story is the thing.  It’s a good story, though.  Even though it’s written through the eyes of someone who is dealing with a very specific experience, the themes are universal.  It made me homesick in a good way.

From 1980’s City of the Living Dead, directed by the amazing Lucio Fulci:

Thrilling Wonder Stories was a pulp magazine that was published from 1936 to 1955.  It was one of several pulp magazines that had the word “thrilling” in its title.  The stories were mostly science fiction and I guess they were meant to be more thrilling than all of the other science fiction that was being published at the same time.  The stories were apparently thrilling enough for the magazine to run for 19 years.

Below are a few of the covers of Thrilling Wonder Stories, done by some of the best artists of the pulp era. 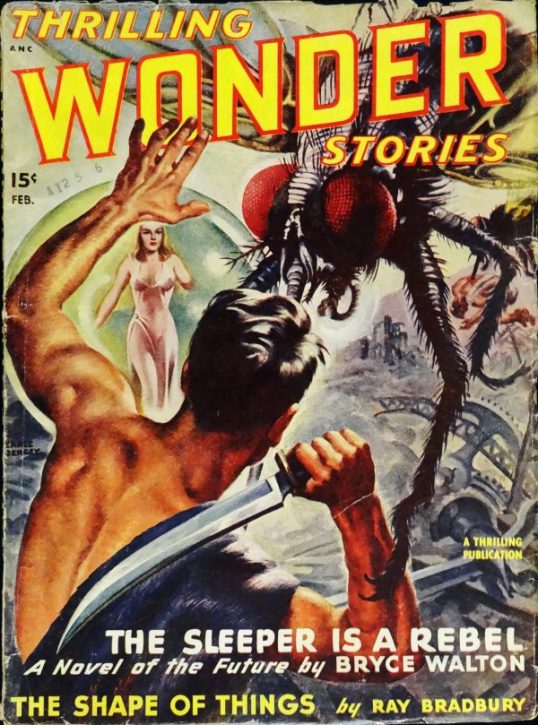 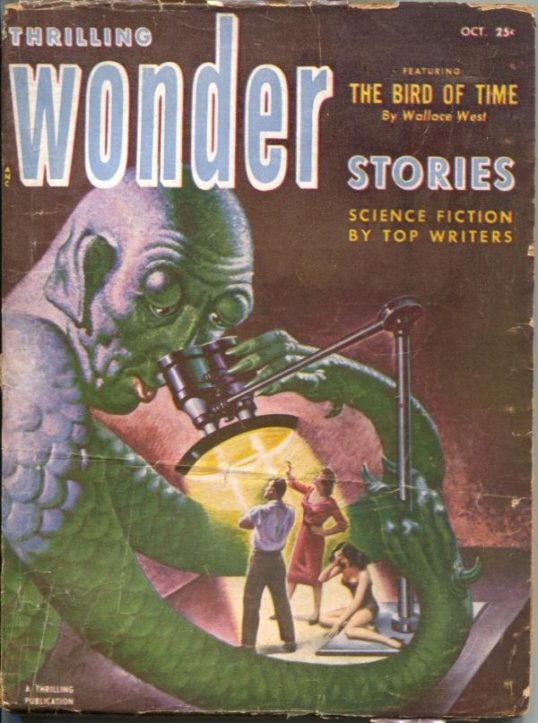 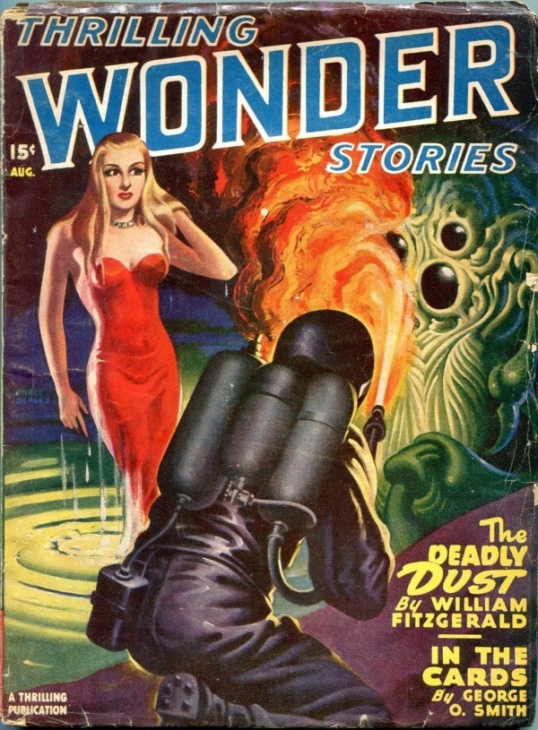 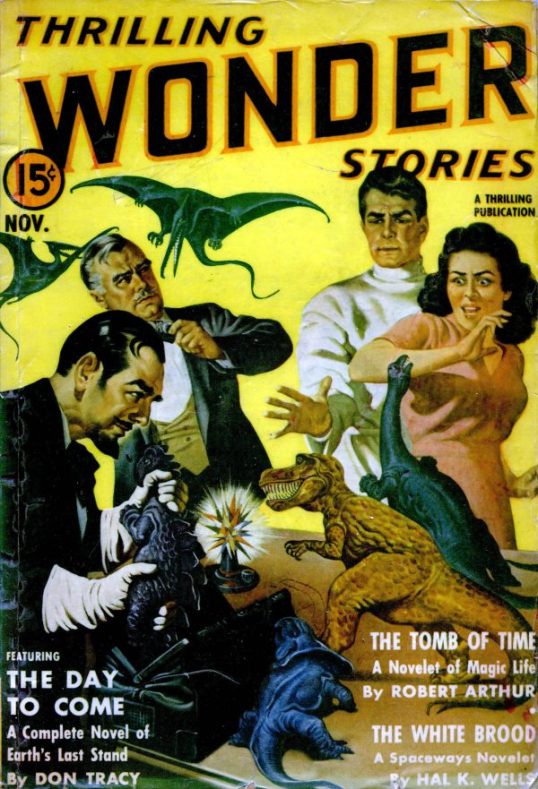 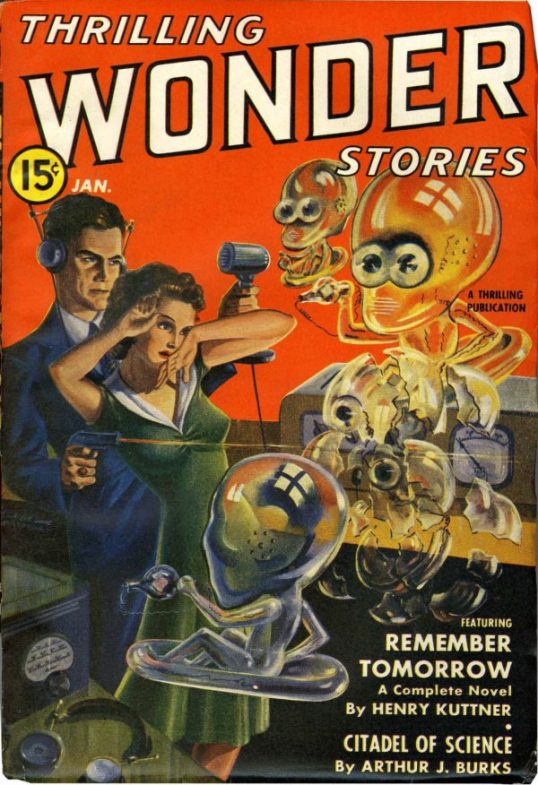 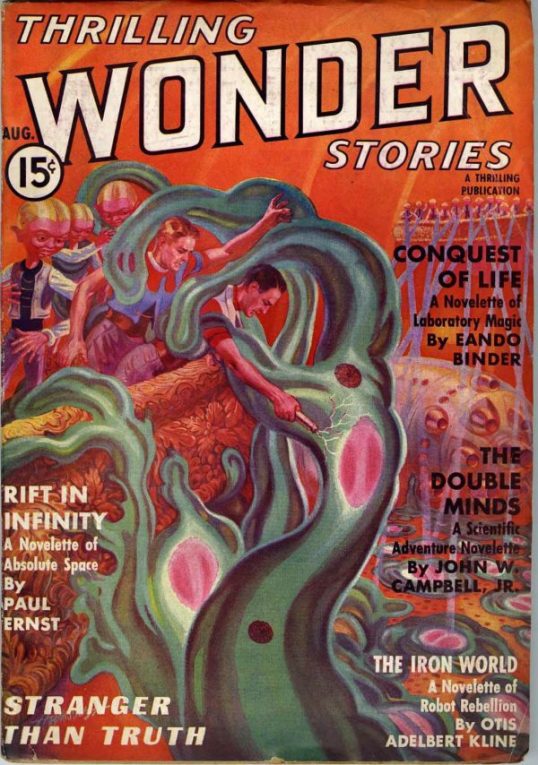 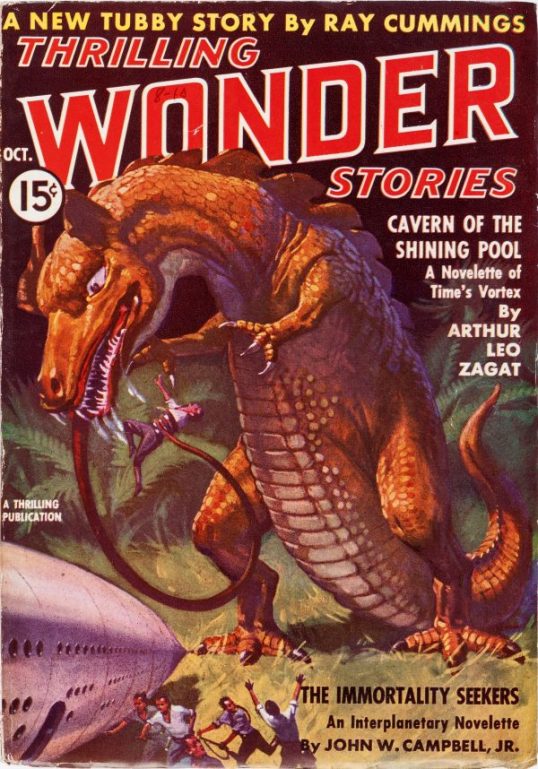 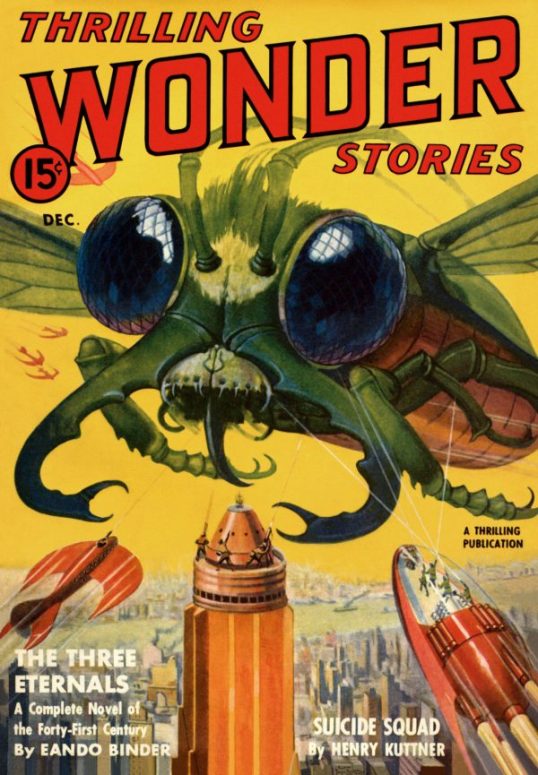 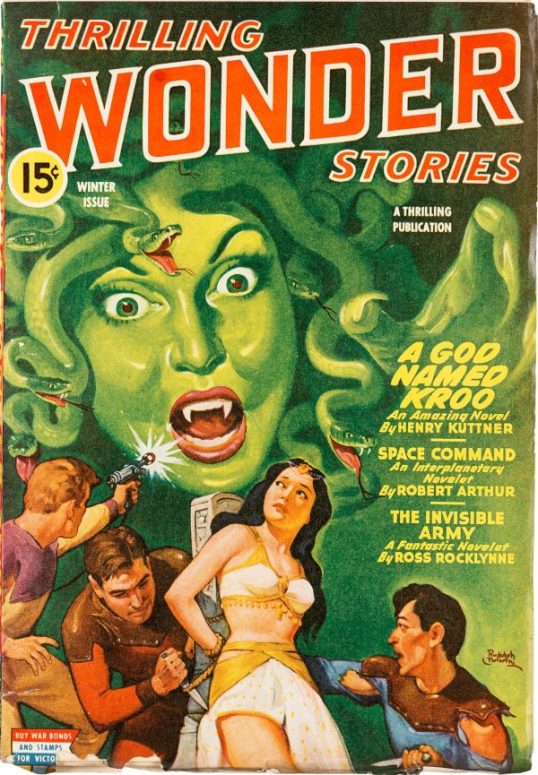 This October, we’ve been using 4 Shots from 4 Films to pay tribute to some of our favorite horror filmmakers!  Today, we honor the one and only Lucio Fulci! 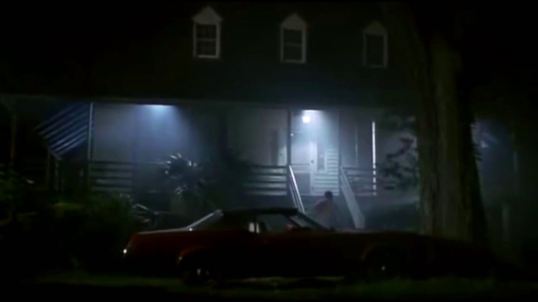 Baffled! is an entertaining little made-for-TV movie from 1973.  Leonard Nimoy plays a race car driver who suddenly starts to have psychic visions of a woman who lives in what appears to be a gothic manor.  The woman is in some sort of danger.  Nimoy, of course, would rather just race cars but a parapsychologist (Susan Hampshire) convinces him that he has to figure out what his visions mean.

Now, to be honest, Baffled! is not a particularly scary movie.  Some of Nimoy’s visions are spooky but there’s nothing in this movie that’s going to give you nightmares.  Though it may not be horrifying, Baffled! is a lot of fun.  Apparently, it was meant to be a pilot for a TV series.  If it had been picked up, I guess Nimoy and Hampshire would have been helping out a new guest star every week.  Nimoy seems to be having a lot of fun playing a psychic race car driver and he and Susan Hampshire have a really sweet and enjoyable chemistry.

“Hope not ever to see Heaven. I have come to lead you to the other shore; into eternal darkness; into fire and into ice.”