When I first started searching YouTube for episodes to use in this feature, I came across quite a few episodes of an old black-and-white TV show called One Step Beyond.  Running for three seasons (from 1959 to 1961), One Step Beyond was hosted by John Newland.  Every week, Newland would tell the audience about some sort of possible paranormal phenomena.  Then, a dramatization of a “real” event would be shown and occasionally, the show would end with Newland interviewing the real people whose story we had just watched.

To me, that all sounds like a lot of fun.

The 16th episode of One Step Beyond was called The Burning Girl and it dealt with a teenage girl who, whenever she got upset, could apparently cause fires to spontaneously erupt.  It was written by Catherine Turney and directed by John Newland himself.

It was originally broadcast on May 5th, 1959 — presumably long before Stephen King even had the idea to write about a girl named Carrie. 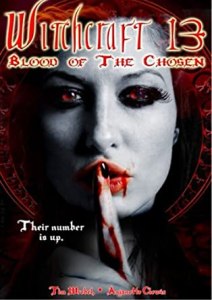 Six years after the release of the last Witchcraft film, warlock-attorney Will Spanner is back for the 13th chapter in the Witchcraft saga.

This time, Will is played by Tim Wrobel, who gives a better-than-average performance as the conflicted warlock.  Wrobel actually seems to take the role and Will’s mixed feelings about being a warlock seriously and that’s definitely a step up from some of the other actors who have played the role.  In Blood of the Chosen, yet another cult of frequently nude female occultists is picking up and sacrificing men.  Most of their victims are somehow connected to Will.  It’s all because the cult wants Will to impregnate one of them so that their child will grow up to be the new Dark Lord who will bring Satan to Earth.  It’s yet another stupidly complicated ritual to overthrow the natural order.  Typical Witchcraft plot.

What sets Witchcraft 13 apart is that it is full of references to the previous Witchcraft films, as if the film was actually made in an attempt to iron out all of the dropped subplots and continuity errors that had piled up over the past 18 years.  Will mentions his ex-fiancée Kelly and how she couldn’t handle him being a warlock.  He talks about Detectives Garner and Lutz and finally clears up how Lutz went from being male in one film to female in another.  (It turns out that Lucy Lutz was the sister of the original Detective Lutz.)  He even mentions that he previously battled a temptress named Delores.  That was all the way back in the second movie!  One thing that Will does not clear up is why everyone forgot that he was dead in Witchcraft IX but it’s still better than nothing.

Witchcraft XIII clears up so many loose ends that it seems like it was designed to be the final chapter in the Witchcraft franchise.  It would not have been a bad one to go out on.  It’s better acted than the average Witchcraft movie, the story makes a little bit of sense, and Will finally seems to be ready to accept who he is.  That doesn’t mean that Witchcraft XIII is a great movie, of course.  It’s basically just something that someone shot on a camcorder for next to no money.  But as far as Witchcraft movies go, it’s one of the better ones.

For the longest time, this was the final chapter.  However, in 2016, three more Witchcraft films would finally be released. 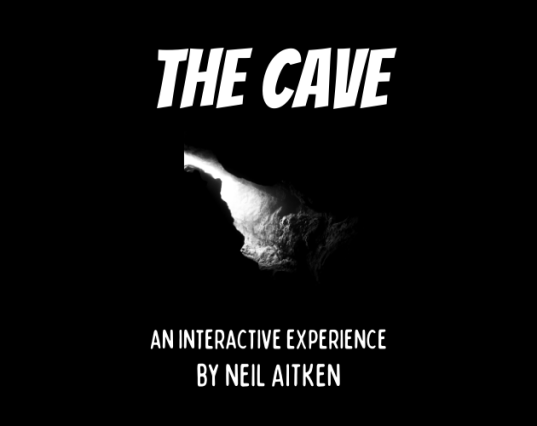 The Cave is an entrant in the 2020 Interactive Fiction Competition.  All the of the entries can be played here.

You are an adventurer who wakes up to discover that you are surrounded by darkness.  You’re alone and you’re in a cave.  Can you figure out how to get out?

Like many Interactive Fiction games, The Cave is made up of separate rooms, each one of which has its own unique challenges and rewards.  What sets The Cave apart from other games is that, each time you play, the cave is randomly respawned.  Just because a room is nearby the first time you play, that doesn’t mean that it will still be there the next time you play.  As a result, no matter how many times you play, you’ll always have a different experience.

With each puzzle you solve, you gain knowledge and attributes.  You can’t die in The Cave.  The game is not designed to trick you into losing.  Instead, the goal is to see what type of person (or character) you’ve become once you finally manage to make your way out of the cage.  Will you be clever mage who emerges from the cave with several different spells or will you be the type of fighter who just keeps smashing away until you finally broken free?  Play the game to find out.  As the game puts it, “Who are you really in the dark?”

The Cave can be played here.

This is from Alfred Hitchcock’s 1963 masterpiece, The Birds.

This is how you edit a scary scene!

It’s interesting to consider that The Birds was apparently not a big hit with critics when it was first released in 1963.  Much like Kubrick’s The Shining, it’s gone on to become one of the definitive horror films of all time.  It’s certainly one of the most influential.

This month, we’ve been using 4 Shots From 4 Films to honor some of our favorite filmmakers!  Today, we pay tribute to the one and only Alfred Hitchcock!

Today’s horror on the lens is a science fiction/horror film from 1977!

In The Incredible Melting Man, the first manned spaceflight to Saturn does not go well.  Three astronauts went up but only one came down.  And that one astronaut is both kinda crazy and melting!  Seriously, it’s a big mess.

Apparently, one of the victims of the incredible melting man is played by director Jonathan Demme.  See if you can spot him!  It’ll be fun. 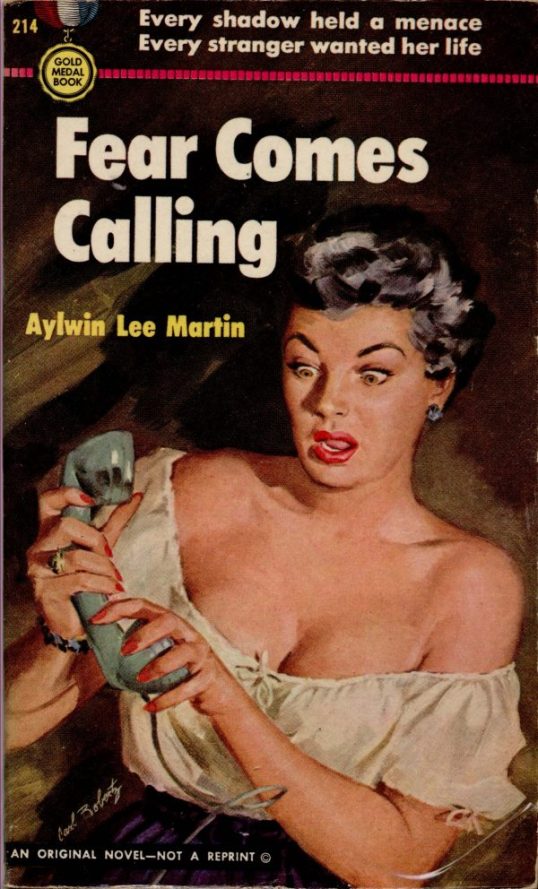 You’ve gotta hand it to Theo Ellsworth — nobody else does what he does.

Oh, sure, other people draw and make comics and all that, but nobody draws the way he does, employing the elements he does, in service of anything like the purpose he achieves. Ellsworth — who hails from Missoula, Montana, where he’s not “part” of the local comics scene so much as he is the local comics scene — combines influences that fall along a continuum that ranges from Native American folk and woodcut art to Charles Addams/Gormenghast to downright alien to produce art that both comes from, and takes you to, someplace else altogether. And although his long-running series Capacity is over and done with, he’s nowhere near done creating art.

And art is what his latest ‘zine, Unexplained — self-published, as ever, under Ellsworth’s own Thought Cloud Factory label, and presented in a generous…

For good, ill, or a little bit of both, there are precious few things we can really, well and truly, rely on in today’s comics world — and many would argue that the same is true for the wider world in general. You know, the one they call “real.” But we’re not really hear to talk about that, so let’s get back to comics.

Whether we’re talking the medium or the industry, comics are in a state of flux. Where and how the dust settles, and what things will look like once it does, nobody knows. The mainstream is freaked out by all this uncertainty, of course, but for independent and self-publishing cartoonists, this has always been the way of things. Print a few too many books you can’t sell, you don’t make rent. Have a nice weekend tabling at a show, suddenly you’ve got beer money. There are…