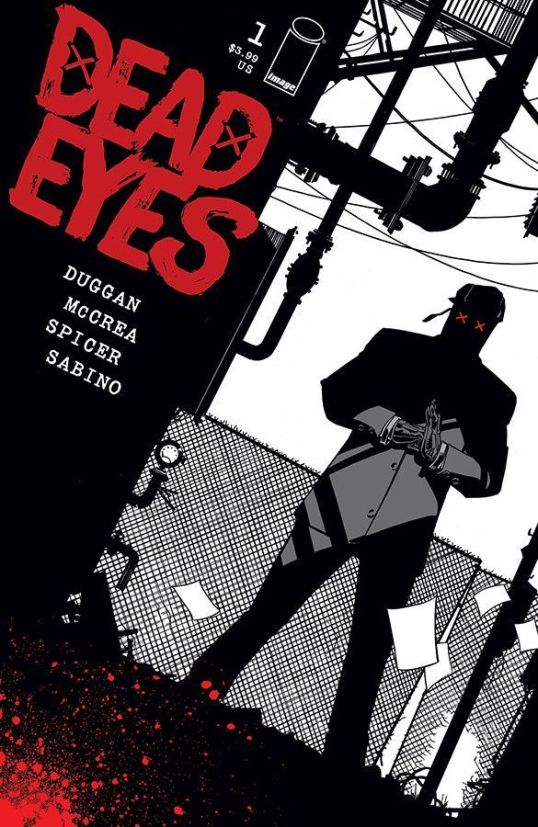 Decisively proving that you can’t keep a good bad guy down, writer Gerry Duggan and artist John McCrea’s socially-conscious crime series (yes, that’s a thing) from Image Comics,  Dead Rabbit, returned from a cease-and-desist order filed by a bar of the same name (no, I swear I’m not kidding) under the shiny new moniker of Dead Eyes — and not only did the creators not miss a beat, their book has only gotten better.

It also re-introduced itself in a manner entirely accessible to new readers, laying out the premise quick and easy, just as I will here : infamous Boston-area masked stick-up man from the 1990s is now retired and living the quiet life, but he needs to come out of retirement when his disabled wife gets hit with a mountain of medical bills that her insurance won’t cover. Our guy is still pretty good at what…

In the year 1987, NASA launches it’s final manned mission.  Captain Buck Rogers (Gil Gerard) is sent into space but, while he’s orbiting the Earth, he and his spacecraft fall victim to a strange space anomaly which leaves him in suspended animation.  On Earth, Buck Rogers is believed to be lost.  500 years pass.  Buck’s ship continues to orbit the Earth while, down below, mankind nearly destroys itself in a nuclear war.  Eventually, Earth is reduced to radioactive rubble and what remains of human civilization lives in the city of New Chicago.  (Old Chicago, meanwhile, has been taken over by mutants.)

Finally, in the 25th century, Buck and his ship are discovered by Draconia, a spaceship that belongs to the intergalactic Draconian Empire.  Buck is brought out of suspended animation and meets the beautiful Draconian Princess Ardala (Pamela Hensely) and her second-in-command, an Earthling named Kane (Henry Silva).  Ardala would obviously like to make Buck her prince but, after being in suspended animation for 500 years, Buck just wants to return to Earth.  The Draconians allow Buck to return home.

Upon landing in New Chicago, Buck discovers that the world is much different now.  Everyone wears skintight uniforms and a little robot named Twiki (voice by Mel Blanc) is the only person willing to be Buck’s friend.  Commander Wilma Deering (Erin Gray) is in charge of defending what’s left of human civilization and she’s immediately suspicious of Buck and his story.  When it turns out that Ardala and Kane implanted Buck with a tracking device, Deering want to execute him.  Can Buck prove his loyalty and also thwart Ardala and Kane’s plot to conquer humanity?

Buck Rogers In The 25th Century was originally a pilot for a Glen Larson-produced televisions series.  (Larson was also responsible for the original Battlestar Galactica, another sci-fi show whose pilot was given a theatrical release.)  Hoping to appeal to the same audiences who made Star Wars a monster hit, Universal spent a little extra money to upgrade the special effects, added a few suggestive scenes to prevent the pilot from getting the dreaded G-rating, and then released it in theaters a few months before the TV show premiered.  That was a good idea because the movie did become a minor hit and the TV series went on to run for two seasons.

As the movie itself, it never feels like anything more than an extended episode of a television series.  Gil Gerard is bland in the lead role and most serious sci-fi fans will probably lose interest as soon as the child-friendly robot shows up.  Buck Rogers may have been made to capitalize on the success of Star Wars but it doesn’t have any of the attention to detail or the careful world-building that went into George Lucas’s original space opera.  On the plus side, though, the Dads who took their kids to matinee showings of this film were probably happy to see Erin Gray and Pamela Hensley prominently featured in the film and Henry Silva is a great villain as always.  As with a lot of the sci-fi films that were released in the immediate wake of Star Wars, Buck Rogers In The 25th Century does have a definite camp appeal.  It’s bad but some people will enjoy it on a nostalgic level.

Probably the most memorable thing about Buck Rogers In the 25th Century was its James Bond-inspired title sequence.  Here it is, in all of its glory:

It takes a lot to maintain a compelling mystery over the course of 22 issues, but writer Jeff Lemire, artist Andrea Sorrentino, and colorist Dave Stewart have managed (with some admitted bumps along the way) to do just that in the pages of their Image Comics series Gideon Falls, a mind-bender set in the small town of its name — that isn’t a small town anymore, but that’s another matter.

And there are, in fact, several “other matters” on offer here, with no end to them in sight, although I imagine we must be at least to the halfway point of this thing by now — but I could be wrong about that. It’s been known to happen. And I’ve been wrong about any number of twists and turns in this saga, which is why it’s so damn much fun, in addition to being reasonably creepy and a tour…


The 1955 film, Love Me or Leave Me, is a biopic about singer Ruth Etting.

Don’t know who Ruth Etting is?  Well, don’t feel too bad.  I didn’t know who she was either, at least not until I watched this movie.  Judging from the trailer that I’ve embedded at the top of this review, she was apparently well-known enough in the 50s for a biopic about her to be a big deal.  Having now watched Love Me or Leave Me and having done some independent research, I know that Ruth Etting was a popular singer in the 20 and 30s and that she was, for a while, married to a gangster named Marty Snyder (played, in the film, by James Cagney).  I also know that, after her marriage to Snyder ended, she married a composer named Johnny Alderman (played by Cameron Mitchell).

I still couldn’t tell you just how closely Love Me or Leave Me actually sticks to the facts of Etting’s life.  I imagine that there was a quite a bit of liberty taken with the truth, if just because the film was made in 1955 and it’s one of those big, glossy productions where all of the sets are ornate and all of the clothes are to die for and all of the dialogue has an edge that’s somehow both tough and sentimental.  It feels less like real life and more like the way that you would imagine life to be.

The film begins in the roaring 20s, with Marty Snyder intervening when Ruth nearly gets fired for kicking an obnoxious admirer.  For Marty, it’s obsession at first sight and, even after Ruth refuses to spend a weekend in Miami with him, Marty continues to help her out in her career.  Marty uses his considerable clout (and the fact that everyone is scared to death of him and his temper) to get Ruth on the radio and then eventually a job with the Ziegfeld Follies.  Despite the fact that Ruth is in love with Johnny and Johnny is in love with her, she ends up marrying Marty because she feels that she owes her entire career to him.  Even after they get married, Marty continues to be obsessively jealous.  It all eventually leads to a shooting, an arrest, and a final song from Doris Day.

It’s very much a film of the 50s.  I imagine that audiences in 1955 thought it made perfect sense that Ruth would feel that she owed it to Marty to marry him despite the fact that she never really asked him to do anything for her.  Seen today, though, Marty comes across as being a stalker and you really want someone to sit Ruth down and have a conversation with her about it and maybe explain concepts like gaslighting and restraining orders to her.

My advise, though, would be to not think too much about it because seriously, the film’s sets are beautiful, the musical numbers are entertainingly excessive, and Doris Day gives a really good performance.  For those who only know her from the romantic comedies that she did with Rock Hudson, Love Me or Leave Me is a revelation.  She’s likable and she’s tough and she sings as if the world depended upon it and watching her in Love Me Or Leave Me, you not only understand why Ruth Etting became a star but also why Doris Day did as well.  James Cagney also gives a good performance as Marty Snyder, bringing all of his swaggering charisma to the role.  As a fan of exploitation films, the most interesting thing about Love Me or Leave Me to me was getting to see Cameron Mitchell play a nice guy for a change.  Mitchell does an okay job with the role, though Johnny is never as interesting a character as Marty.  In the end, it’s an entertaining film, an ornate visual feast that works as long as you don’t think about it too much.

Love Me or Leave Me is an offer that you can’t refuse. 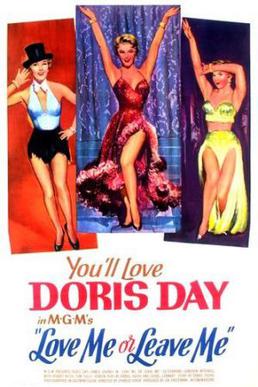 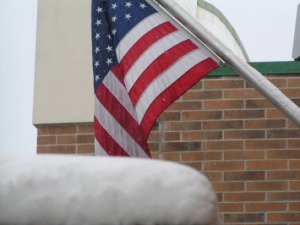 In July of 1942, with America newly engaged in the second World War, over 500 magazines had one thing in common.  They all featured an American flag on the cover and the words “United we stand.”  These magazines may have had different publishers and different audiences but, for that month, their covers all carried the same message: America stands united against its enemies.  Could we do something like that today?  I don’t know.

In honor of that moment in time and in hope that America will someday against be willing to stand united, here are a few of those patriotic covers from July of 1942.  The artist is credited where known. 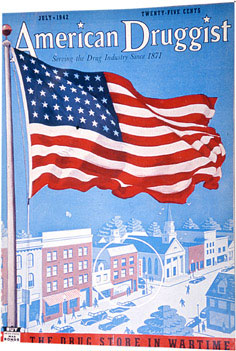 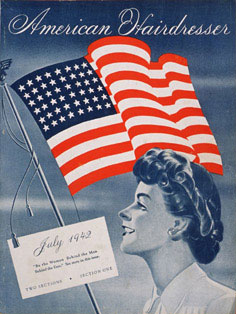 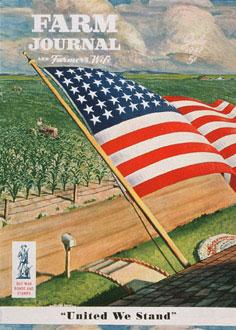 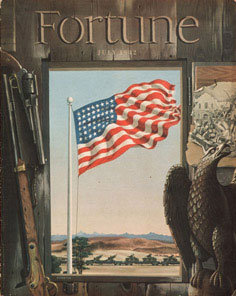 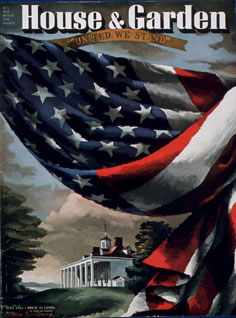 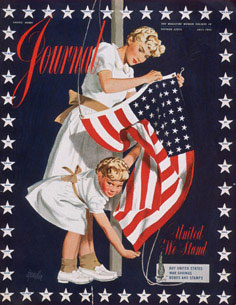 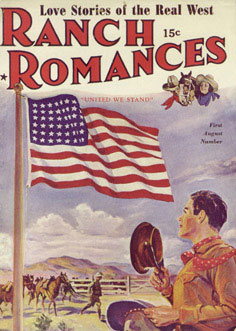 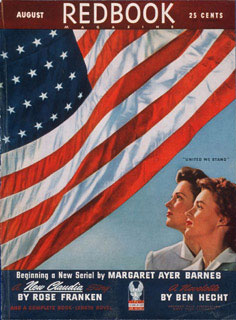 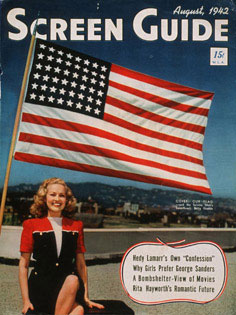 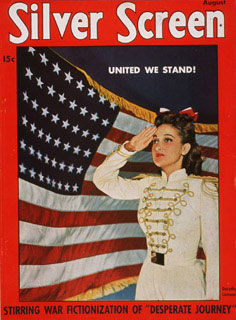 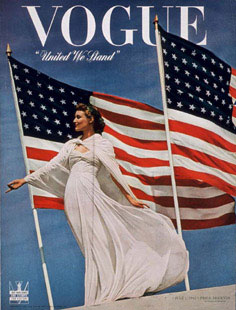 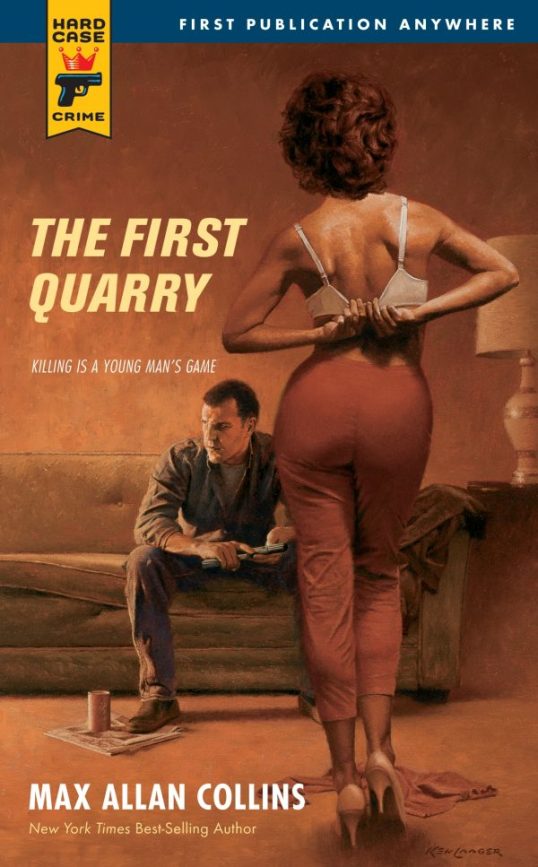 
The song, Beat the Clock, was named after a game show that aired, off-and-on, from 1950 to 2018.  On the show, contestants would try to win prizes by completing challenges in a certain amount of time.  Like the best game shows, it was simple but challenging.  The show originally aired on CBS and, over the decades, switched channels several times.  When the latest version of the show ended, it was airing on Universal Kids.

The video does not really have much to do with the game show.  Instead, it features Sparks performing while cardboard cut-outs of the band roll down an assembly line.  Interestingly, this video was made in the days before MTV, when most music videos were still strictly performance clips.  At the time it was released, the video for Beat The Clock would have been unique for actually having a concept behind it.

The video was directed by Scott Millaney and Brian Grant.  If Brian Grant’s name seems familiar, that’s because he went on to direct over 225 videos.  He did videos for everyone from The Human League to Whitney Houston to Queen to Peter Gabriel and Duran Duran.  If your band was big at some point in the 80s, there’s a good chance that Brian Grant directed a music video for you.  Grant has also directed episodes for several television programs, including Dr. Who, Highlander, and The Red Shoe Diaries.