What a sad week.  On Monday, Ennio Moricone died.  On Wednesday, Naya Rivera went missing at Lake Piru in California.

As for me, I’m okay.  It’s hot!  Summer has just begun and it’s a pain.  But, still, there are movies to watch and books to read and songs to dance to and that’s the important thing.

Here’s what I did this week:

Our Tribute To Morricone:

Hurricane Hilda is crashing down on the Gulf Coast and everyone in its path is about to get all wet.  While Will Geer and Michael Learned try to warn everyone about the approaching hurricane, coast guard pilot Martin Milner observes the storm from the air and tires to rescue everyone in its path.  Some people listen and some people don’t.  Milner’s own father, played by Barry Sullivan, ends up getting stranded in a cabin while Larry Hagman and Jessica Walter play a married couple on a boat who find themselves sailing straight into the storm.  On temporarily dry land, Frank Sutton (a.k.a. Gomer Pyle’s Sgt. Carter) plays a homeowner who refuses to evacuate because he’s convinced that he knows everything there is to know about hurricanes.  He and the neighbors have a drunken party while waiting for the storm.  When Patrick Duffy and his wife announce that they’re heading for safety, Sutton demands that they come in and have a beer with him.  When Hilda finally makes landfall, some survive and some don’t.

Hurricane is a by-the-numbers disaster movie.  It was made after The Poseidon Adventure and during the same year as The Towering Inferno and it hits all the usual disaster movie beats.  Survival is determined by karma, with Hilda going after anyone who was too big of a jerk during the first half of the movie.  It’s predictable stuff but it does feature footage from an actual hurricane so it’s at least not too dragged down by any of the bad special effects that always show up in made-for-TV disaster films.

This is one of those films where the cast was probably described as being all-star, even though most of them were just TV actors who needed a quick paycheck.  Seen today, the film feels like a MeTV reunion special.  Years before they played brothers in Dallas, both Larry Hagman and Patrick Duffy appeared in Hurricane, though neither of them shares any scenes.  Will Geer and Michael Learned were starring on The Waltons when they appeared in this movie and they’re in so few scenes that they probably shot their scenes over a weekend before returning to Walton’s Mountain.  The best performance is from Frank Sutton, who died of a heart attack just a few weeks after this movie aired.  He’s a convincing hothead, even if he doesn’t have Gomer around to yell at.

Hurricane may be bad but it’s still not as terrible as most made-for-TV disaster movies.  People who enjoy watching TV actors pretending to stare at a tidal wave of water about to crash down on them will find this film to be an adequate time waster.

Ingrid Ambelin (Christine Jones) owns a coffee shop in Cincinnati.  She has one son, a responsible young man named Michael (Spencer Lackey), and she also tends to think of herself as being a mother figure to everyone who works for her.  She’s the type of boss who keeps an extra set of clothes in the backroom, just in case one of her cashiers makes the mistake of coming to work in something that Ingrid considers to be too revealing.  (Actually, to be honest, that’s the sort of thing that would drive me crazy if I worked for Ingrid.)  Ingrid is old-fashioned but she means well.

Alec McCortland (Rupert Spraul) is a musician and a drug addict, someone who has never had anyone willing to look out for him.  Alec is the type who frequently goes to rehab but always relapses as soon as he gets out.  He’s angry but he’s also young.  In fact, he’s young enough that, when he accidentally drives his car straight into Michael, he’s tried as a juvenile.

At first, Ingrid is outraged that Alec will not be tried as an adult.  She forms a support group that meets in the basement of her church.  At first, Father Peter (Michael Wilhlem), who also happens to be Ingrid’s brother and Michael’s uncle, feels that the group will help her overcome her anger but instead, he watches as Ingrid and the group become obsessed with getting revenge.  In fact, when Ingrid catches Alec again breaking the law, she reports him and gets him thrown in jail.

And then, something unexpected happens.  At the urging of her brother, Ingrid finally visits Alec in prison and, as the two of them talk, Ingrid comes to realize that Alec is not the demon that she assumed he is and Alec finally starts to come to terms with his guilt over the death of Michael.  To the shock of her family and her employees, Ingrid comes to forgive Alec.  She works to try to reunite Alec with his father.  And when Alec is up for release, she volunteers to serve as his legal guardian….

I’m a big fan of the concept of forgiveness.  At the same time, I also know just how difficult it can be to truly forgive anyone, much less someone who has committed a heinous an act as Alec does in this film.  Therefore, I was curious to see how Healing River would handle the topic and I have to say that I was pleasantly surprised.  Healing River is a film that celebrates forgiveness and shows why forgiveness is necessary but, at the same time, it also doesn’t pretend as if forgiveness is easy.  For the most part, it takes an honest approach to the concept of forgiveness.  It’s portrayed as being important but it’s also not portrayed as being a magical elixir.  Even after Alec and Ingrid get to know each other and grow close, there’s still a lot of pain to be dealt with.

It helps that, as opposed to a lot of other inspirational films, Healing River has a little bit of an edge.  No one in the film, including Ingrid, is presented as being a saint.  The characters actually curse and I was glad they did because what mother wouldn’t curse while trying to explain how she feels about the death of her son?  Far too often, films like this seem to be set in a fantasy world that’s specifically designed not to challenge the target audience’s beliefs.  Healing River, however, takes place in the real world and, in the real world, people curse when they’re in pain.

There are a few scenes where the film’s low-budget does become a bit of a distraction.  An early scene featured a Hebrews-related pun that made me cringe.  (“Hebrews …. she brews.”)  There’s a narrative development in the third act that feels a bit clumsy.  It’s a flawed film, as most films are.  But it’s a sincere film and it’s a film that honestly explores both why forgiveness is important and why it’s also so difficult.

Today’s song of the day is the main theme from the 1986 best picture nominee, The Mission.  As with all of the songs of the day that I’ve featured this month, this was composed by the great Ennio Morricone. 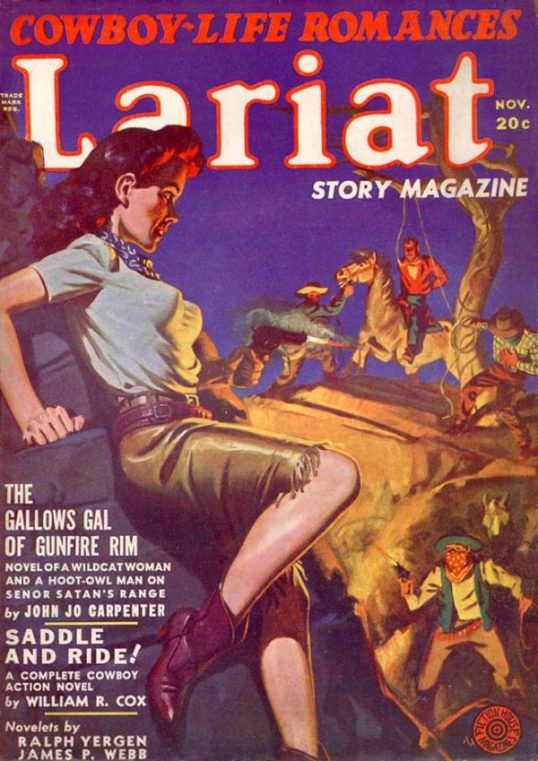 
Would you prove your love for me by jumping out of an airplane?

Well, fear not.  I would never ask you or anyone else to do so.  What I can also tell you is that there are absolutely no circumstances in which I would jump out of an airplane.  I wouldn’t do it prove my love.  I wouldn’t do it for a million dollars.  I certainly wouldn’t do it for just the experience.  I’ve been told that skydiving is an amazing feeling but, as we all know, I don’t do heights.  Seriously, I have a hard enough time standing at the top of my staircase at home.  (Of course, I should point out that it’s a very steep staircase.)

What would I do to prove my love?  I would stand up in the back of a moving pickup truck.  That may not sound like much but seriously, it is.  It’s at least as dangerous as sky diving.  When I was growing up, all of my aunts and all of my uncles told me stories about people who had made the mistake of standing up in the back of a moving pickup truck and it never seemed to end well for them.  In fact, it kind of left me with a phobia about pickup trucks in general.  Whenever I’m stuck behind one in traffic, I’m worried that someone’s going to suddenly stand up in the back of it and accidentally fall out and crash through my windshield or something.  That would suck.  New windshields are not cheap.