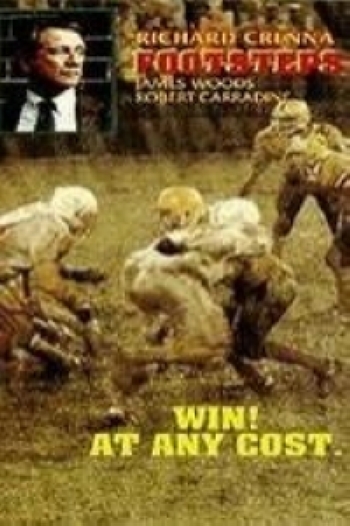 Paddy O’Connor (Richard Crenna) is a former football player-turned-coach whose record of success has been overshadowed by his own arrogance and heavy drinking.  O’Connor has such a bad personal reputation that he’s found himself unemployable.  Only one man is willing to give him a chance.  Jonas Kane (Clu Gulager) played football with Paddy and he’s now coaches for a small college.  Kane may not like O’Connor but he knows that O’Connor might be the key to turning around his team’s fortunes and, at the same time, saving Kane’s job.  Kane hires O’Connor to serve as a his defensive coordinator.

At first, O’Connor’s cockiness rubs people the wrong way.  It’s not until O’Connor moves offensive player J.J. Blake (Bill Overton) to defense that the team starts to win.  And once the team stars to win, everyone’s problems with O’Connor disappear.  Kane can only watch helplessly as O’Connor moves in on his girlfriend (Joanna Pettet), knowing that he owes his job to O’Connor remaining at the school.

However, when Blake gets a concussion, O’Connor is forced to decide whether or not to let him play.  Boosters like Bradford Emmons (Forrest Tucker) want Blake to play, regardless the risk.  The NFL scouts, who are looking for the next number one pick, want to see Blake on the field.  Blake says he wants to play but O’Connor can tell that he’s lying about the extent of his injury.  With everyone breathing down his neck and a syndicate of gamblers pressuring O’Connor to shave points so that the spread pays off, O’Connor has to decide what to do.

Though this made-for-TV movie may not be as well-known as some other films, it’s one of the best movies ever made about college football.  Though it may be short (only 74 minutes), it still examines all of the issues that have always surrounded college football.  Despite not getting paid for their efforts, the players risk serious and permanent injury during every game, just on the slight hope that they might someday make it to the NFL.  The coaches, who are supposed to be looking after the players, are more interested in padding out their win-loss record and hopefully moving onto bigger and better-paying jobs.  Meanwhile, aging alumni and boosters demand that the team win at all costs, regardless of what happens to the men on the field.  Footsteps intelligently explores all of those issues and suggests that the risks are ultimately not worth the rewards.

Along with an intelligent script, Footsteps is helped by a talented cast.  Crenna and especially Gulager both give excellent performance as the two rival coaches.  Al Lettieri (Sollozzo from The Godfather) plays one of the gamblers.  Beah Richards plays Blake’s mother, who makes the mistake of believing O’Connor when he says that he’s going to always have Blake’s best interests at heart.  Ned Beatty has a small role as another assistant coach who is forced to make an important decision of his own.  Keep an eye out for Robert Carradine and James Woods, both of whom have tiny roles.

As far as I know, Footsteps has never officially been released on DVD.  I saw it late one night on the Fox Movie Channel.

Today’s song of the day comes to us from the soundtrack of Terrence Malick’s 1978 film, Days of Heaven.  Composed by Ennio Morricone, this is The Return: