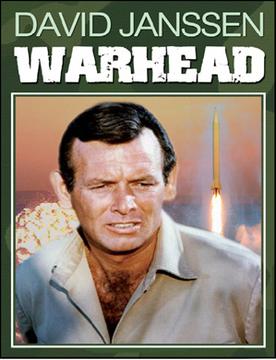 Somehow, a nuclear bomb falls out of an American airplane that happens to flying over the border between Israel and Jordan.  Luckily, the bomb doesn’t explode but now it’s just sitting out in the desert where anyone can stumble upon it.  CIA operative Tony Stevens (David Janssen) just happens to be on vacation in the Middle East so he’s recruited and sent off to find the bomb before anyone else finds out about it.

At the same time, a group of Israeli soldiers, led by Captain Ben-David (Christopher Stone) and Lt. Liora (Karin Dor), are searching for a group of Palestinian terrorists, led by Malouf (Tuvia Tavi).  As soon as Tony finds the bomb, he is captured by Malouf.  He is then rescued by Ben-David but now Tony has to deal with two interested parties who want the bomb for themselves.

Warhead is a confusing movie that seems like it is trying to say something about the Middle East and America’s role as an international policeman.  Captain Ben-David feels that the Americans are being selfish with their refusal to allow other countries to develop their own nuclear missiles while Tony argues that the world would be plunged into war if everyone had the bomb.  (Remember, this film is from the 70s and was made at a time when the U.S. and the Russians were pretty much the only nuclear super powers.)  The film ends on a nihilistic note, with almost everyone either dead or disillusioned but why?  The acting is so bad and the production is so shoddy that it’s hard to figure out what this movie is trying to say.  Is Ben-David right about American arrogance or is Tony right to argue that deterrence is the only way to keep the world safe?  The movie doesn’t seem to know.  David Janssen was usually the ideal actor to play grizzled tough guys but, in this movie, he was clearly just collecting a paycheck and hopefully enjoying the chance to do some sight-seeing in the Holy Land.  The most intriguing character in the movie is a beautiful Israeli sniper played by Joan Freeman but she is killed off early and forgotten.

Warhead premiered on TV but was obviously originally intended for a theatrical release.  There’s a very gratuitous rape scene that is so awkwardly edited that it’s easy to see that it was cut down once it became apparent the movie was never going to play in theaters.  (The scene could have just as easily been removed from the film without effecting the narrative but I guess the networks wanted to give all of the dads and teenage boys a reason to not change the channel.)  According to the information I’ve found online, Warhead was filmed in 1973 but sat on the shelf for four years.  Watching the movie, it’s easy to see why.

Today would have been George Romero’s 80th birthday.

Now, those of you who have been reading us since the beginning know how important the work of George Romero has been to this site.  A mutual appreciation of Night of the Living Dead is one of the things that first brought many of us together.  It’s a film that we watch ever Halloween and Arleigh’s review of the original remains one of our most popular posts.  If this site had a patron saint, it would probably be George Romero.

And yet, Romero wasn’t just a director of zombie films.  He made many films, dealing with everything from hippie lovers (There’s Always Vanilla) to wannabe vampires (Martin) to government conspiracies (The Crazies) and eccentric bikers (Knightriders).  George Romero was one of the pioneers of independent films and today, on his birthday, we should all take a minute to consider and appreciate the man’s cinematic legacy.  It’s not just horror fans who owe George Romero a debt of gratitude.  It’s lovers of cinema everywhere.

With that in mind, here are…. 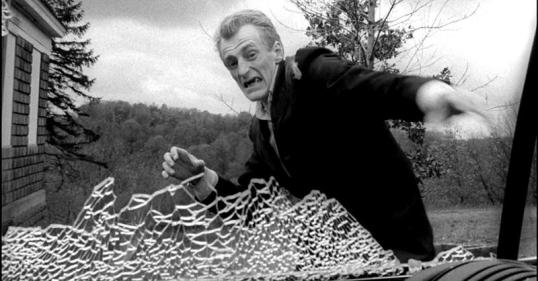 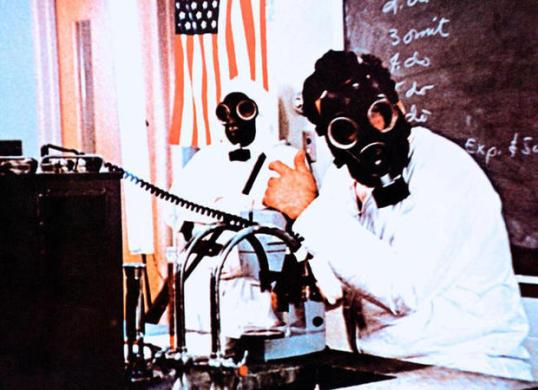 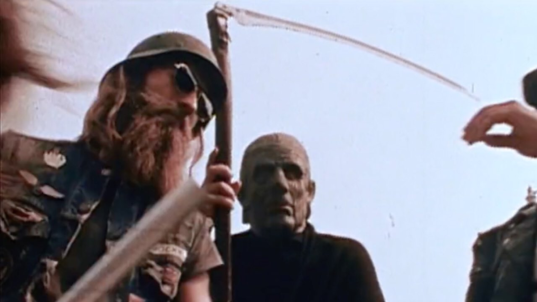 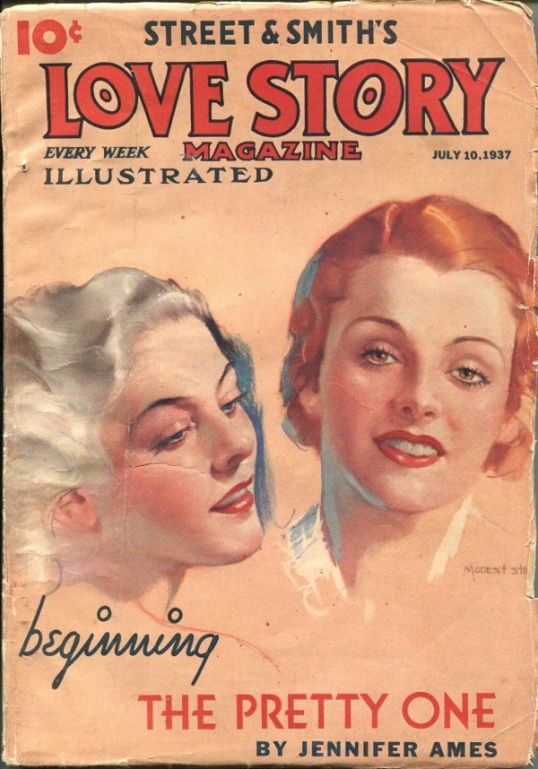 
So this video starts out with a good beat and two people getting close and really, that’s what we need in the world.  There’s so many angry and bitter and angst-filled people out there that sometimes, we need a video to remind us that love is the best thing that there is and that there’s nothing wrong with getting close to one another and that….

OH MY GOD, DID SHE JUST RIP OUT HIS HEART!?

Well, maybe.  She definitely removed something from his chest but he doesn’t look like he minds.  I kind of think of this video gives us an opportunity to see what Grease would have been like it had been directed by David Cronenberg.