Also known as Bruce Lee & I, this films stars Betty Ting Pei as herself.  At the time that the film was made, Betty was one of the most vilified women in the world.  An actress who was best known for appearing in softcore sexploitation, Betty was a “friend” of Bruce Lee’s.  It was while visiting Betty in her apartment that Bruce announced that he had a terrible headache.  Betty gave Bruce Equagesic, a powerful type of aspirin, to help him deal with his headache.  Bruce then fell asleep and, as we all know, never woke up.

Not surprisingly, after Bruce’s death, Betty was at the subject of a lot of unfavorable speculation and unsavory rumors.  Some Bruce fans accused her of poisoning Bruce, either accidentally or on the orders of the organized crime figures who wanted to take over Bruce’s career.  There was also speculation as to the nature of Bruce’s relationship with Betty.  Bruce was married and had two children and, after he died, he was recast as almost a saintly figure.  Betty’s claim that she was Bruce’s mistress did not fit in with that new reputation.

Bruce Lee: His Last Days, His Last Nights opens with Bruce (played by Danny Lee, who later won a critical respect by appearing in several John Woo films) filming a fight scene before then going to Betty’s apartment where, after the first of the movie’s many sex scenes, Bruce ends up dead in Betty’s bed.  With both the press and even people in the streets accusing Betty of being evil, Betty goes to a bar and, while drowning her sorrows, tells the bartender about her life with Bruce Lee.

In Betty’s telling, she knew and loved Bruce long before he became a star.  She met him when she was just an innocent schoolgirl and he saved her from some thugs in the streets.  Later, they both met again while pursuing their film careers and they became lovers.  Betty felt guilty about carrying on an affair with a married man but Bruce didn’t care.  Bruce mostly cared about smoking weed, getting into fights, and getting laid.

This is one of the stranger Bruceploitation films.  Most Bruceploitation films presented Bruce as being a real-life super hero who was either killed by his enemies or who faked his death so he could protect his family.  This one presents Bruce as essentially being a petulant and cocky asshole who didn’t really care about anyone but himself.  Some of that may be because the film was produced by the Shaw Brothers, with whom Bruce famously refused to work with early in his career.  (It’s rumored, though, that Bruce was thinking of leaving Golden Harvest for the Shaw Brothers at the time of his death.)  The other reason why Bruce comes across as being so unlikable in this movie is that it’s told from the point of view of Betty, who was often accused of having corrupted Bruce and of not being worthy of him.  This film makes the argument that Bruce was not worthy of Betty.

Once you get past all of the controversy about how this film presents Bruce Lee and his relationship with Betty Ting Pei, it’s still not a very good movie.  It’s too slow and they’re aren’t enough big fights.  (When Bruce does fight, it’s usually to protect Betty from an unwanted admirer.)  Bruce does don the yellow track suit but it’s just so he can debate philosophy with Betty.  We expect more from our Bruceploitation films.


The 1967 film, Barefoot in the Park, tells the story of two newlyweds.

Paul Bratter (Robert Redford) may have a terrible last name (seriously, Bratter?) but he’s an up-and-coming lawyer with a bright future.  He’s a little bit uptight and doesn’t seem to have the greatest understanding of human nature but he’s handsome and he’s charming and he means well.  Paul has just recently married Corie (Jane Fonda).  Corie is a free spirit who cringes at the idea of conformity.  Having been raised by a judgmental mother who has always told her that she will never be good enough to make it on her own, Corie has decided to murder Paul and steal all of his money by insisting that they live in a drafty apartment that’s on the fifth floor of an New York apartment building that doesn’t have an elevator.  If climbing up the stairs doesn’t kill Paul, the fact that the skylight has hole in it probably will.  Helping Corie with her plan is her eccentric neighbor, Victor Velasco (Charles Boyer).  When Paul comes home one day to discover Victor lifting up his lingerie-clad wife, Victor says, “We are heating up the apartment.”  Corie assures Paul that they’re just trying to get the radiator to start working but we know the truth….

Okay, that’s actually the Lifetime version of Barefoot in the Park.  The real Barefoot in the Park is a charming, lighter-than-light adaptation of Neil Simon’s famous play.  (If I’m biased towards the play, it’s because I once played Corie in a heavily edited version of the play that we put on in high school.  I was the perfect Corie, if I may say so myself.)  As played by Robert Redford, Paul is charming but uptight and, as played by Jane Fonda, Corie is a free spirit who doesn’t really seem to have much common sense about the realities of living in New York City.  (Running barefoot in Central Park?  Probably not a good idea in 1967.)  They do end up living on the fifth floor and there are a lot of jokes (in fact, there’s probably too many jokes) about people getting out of breath from having to climb all of the stairs.  There’s also a broken skylight, which is a problem since it snows in New York.  However, Corie never deliberately plots to kill Paul.  Instead, she tries to set her mom (played, in an Oscar-nominated performance, by Mildred Natwick) up with Victor.

Barefoot in the Park is probably one of those films that seemed semi-daring when it was originally released in 1967 (“Look!  A honeymoon sex joke!  Look!  Corie’s walking around in Paul’s shirt!  Look!  Paul looks like he’s about to say a forbidden word!”) but today, it seems like an old-fashioned but likable fantasy about what’s like to be a newlywed in New York.  The city’s beautiful and full of romance.  The dialogue is witty and zippy.  (Zippy’s a word, isn’t it?)  Charles Boyer overacts in the most charming way possible and Mildred Natwick has some good moments as Corie’s mom.  (To appreciate Natwick’s peformance, it helps to imagine what the film would have been like if Shelley Winters had played the role.)  Most importantly, Robert Redford and Jane Fonda have got an amazing chemistry and, as they were both young in 1967 and considerably less weather-beaten than they are today, it’s hard to imagine a more beautiful couple.  Though Gene Saks’s direction is visually flat and, cinematically, the film never quite breaks out of its stage-bound origins, the chemistry of Redford and Fonda and Boyer and Natwick carry you through the occasional rough patch.

Seriously, I kind of love this movie! 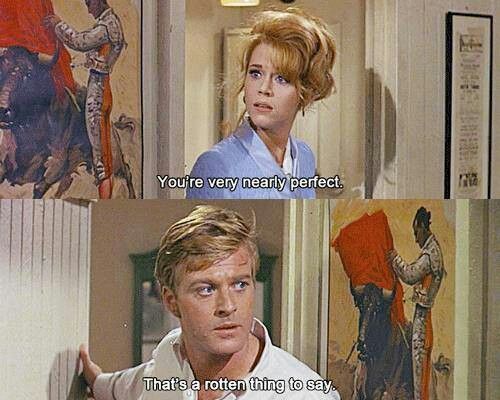 Today is the birthday of one of the greatest films stars ever, Elizabeth Taylor!  And you know what that means.  It’s time for…. 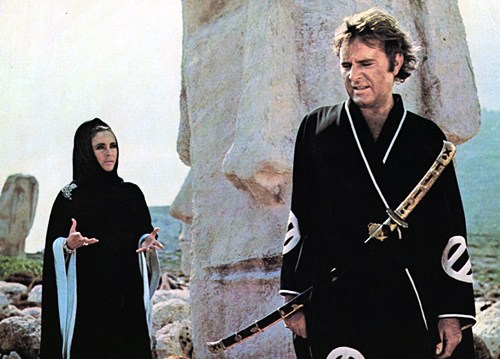 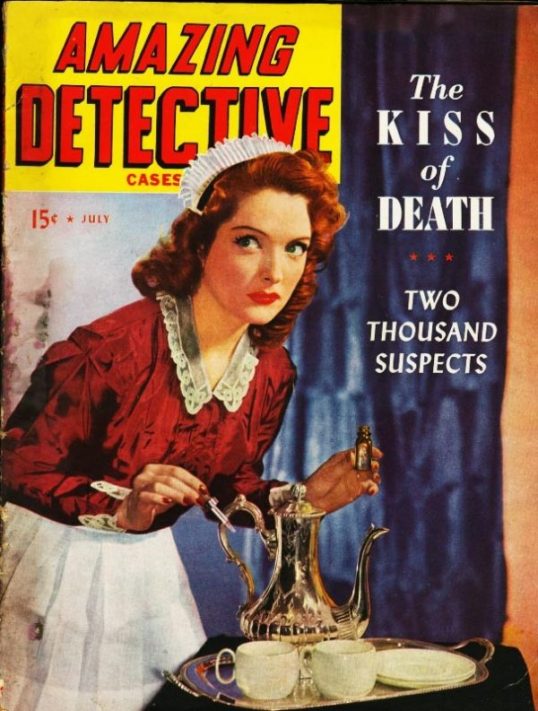 
“Just let me be cynical for a moment. First of all, it’s really NOT about waiting on a woman friend. It’s just about a FRIEND; it doesn’t matter if it’s a man or a woman. I can see people saying, Oh, we’re all much older now, Mick’s writing this much more compassionate stuff, must be about a real person. But that’s only in their perception of it.”

— Mick Jagger on Waiting For A Friend

Is our man Mick waiting for a friend or is he waiting for his drug connection?  Since the video features Mick hanging out in front of a building in New York and waiting for Keith Richards to come walking up, I guess both could be true.  Interestingly enough, Keith has often said that he and Mick have a strained relationship in real life, though Keith also wrote in his autobiography, “”I still love him dearly … your friends don’t have to be perfect.”

This video was popular in the early days of MTV.  At a time when many of the big rock bands were still skeptical about the music video format and many were also predicting that MTV would never last, the network was happy to have a video from a group as legendary as the Stones.  The video was directed by Michael Lindsay-Hogg, who was  doing videos even before MTV was a thing.  Waiting with Jagger in front of the building is Peter Tosh.