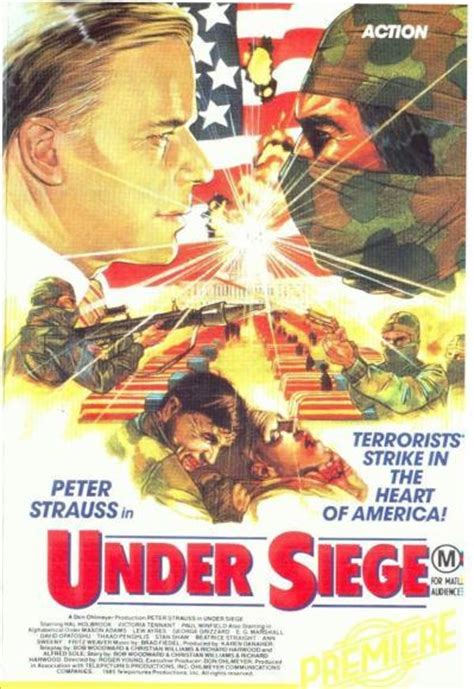 Let’s say that you are the governor of Arkansas and, once again, your state is running out of money and will soon not be able to afford to pay its bills.  What do you do?

That was the problem facing Governor Bill Clinton in 1986.  His solution was to allow a big Hollywood production to come down to Little Rock and film someone throwing explosive devices at the state capitol.  The capitol building at Little Rock looks like a smaller version of the capitol building in Washington D.C.  The producers of Under Siege needed to shoot a scene where terrorists attempt to blow up Congress.  Even though the state capitol wasn’t actually blown up in the film, the dome did end up with extensive burn marks that were visible for years afterwards.  Many people in Arkansas were not amused that they had to allow a film crew to set their capitol on fire just to pay the bills.  Still, if Bill Clinton hadn’t agreed to blow up the state capitol building, Arkansas could have gone bankrupt and then he probably would have lost his reelection bid in 1986.  If Bill Clinton wasn’t reelected, he never would have been elected to the presidency in 1992, Hillary Clinton would never have been elected to the Senate in 2000 and, in 2016, the Democrats wouldn’t have been stuck with the only possible nominee who could have actually lost to Donald Trump.  When you look at it that way, Under Siege is one of the most significant films ever made.

As for the film, it’s a 3-hour, made-for-TV movie about what happens when Islamic extremism hits home.  Notorious terrorist Abu Ladeen (Thaao Penghlis) has managed to sneak into the United States and is hiding out in Detroit.  He directs a series of attacks on beloved American institutions.  Not only is the Capitol Building bombed but a mall is also attacked.  While President Maxwell Monroe (Hal Holbrook, who was born to play presidents) tries to keep America from falling apart, his hawkish advisers tell him that now is the time to launch a strike against Iran, despite Iran claiming to have nothing to do with the attacks.  Only the director of the FBI, John Garry (Peter Strauss), and the Secretary of Defense, Andrew Simon (Paul Winfield), argue that the president should exercise caution.  Garry is convinced that the attacks are the result of homegrown, domestic extremism and not an international conspiracy.  Garry is a very hands-on FBI director.  He’s the type of FBI director who will chase a terrorist down a street in Washington D.C.  Let’s see James Comey do that shit.

Under Siege probably seemed outlandish in 1986 but it seems prophetic today.  The film’s depiction of both terrorism and the government’s shady response to it turned out to be accurate.  That doesn’t mean that it’s a very good movie.  It was co-written by Bob Woodward of Watergate and Washington Post fame, so of course John Garry is righteous beyond belief and the solution to all of America’s problem begin with contacting a newspaper editor and blowing the whistle.  America may be under siege but a strongly-worded editorial is here to save the day.

Under Siege used to regularly show up on late night television and the DVD was popular overseas.  (In France, it was called Au Revoir, America.)  Not surprisingly, after 9-11, it vanished from circulation.  If you can find a copy, watch it and ask yourself, “Would I blow up my state capitol just to pay the bills?”

Cimino hit box office gold with his first film as a director, Thunderbolt and Lightfoot.  With his second film, The Deer Hunter, he won the Academy Award for Best Director.  With his third film, Heaven’s Gate, he nearly bankrupted United Artists.

Heaven’s Gate was Cimino’s passion project, an epic western that was based on the historical Johnson County War.  Considering that Cimino had just won an Oscar, expectation were high when production began in 1979.  Soon, however, ominous reports started to come back from the set.  It was said that Cimino was a perfectionist and a megalomaniac who was demanding so many takes and retakes that the filming was quickly falling behind schedule.  The modestly budgeted production soon went overbudget and overschedule.  After nearly a year of shooting, Cimino finally allowed the studio executives to view his first cut.  It was over five hours long.

Though the film was eventually edited down to a more manageable length, the damage had been done.  By the time Heaven’s Gate was finally released, the title was already being used a byword for fiasco.  The film lost a ton of money and, at the time, it was savaged by critics.  Cimino would only direct four more films after Heaven’s Gate and none of them were a success at the box office or with critics.

However, once the initial hype died down, some critics started to take another look at Cimino’s films.  Heaven’s Gate has been reevaluated and is now considered by many to be a minor classic.  Cimino’s Year of the Dragon has also developed a strong cult following.  Though Cimino himself died in 2016, he is a director who is currently in the process of being rediscovered.

Today would have been Michael Cimino’s birthday.  Because he told so many conflicting stories about his past, there is some controversy about the year of Cimino’s birth.  Most people agree that it was probably 1939.  Today, on his birthday, let’s take a moment to honor this unfairly dismissed talent. 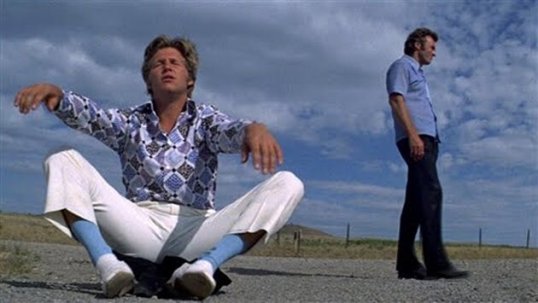 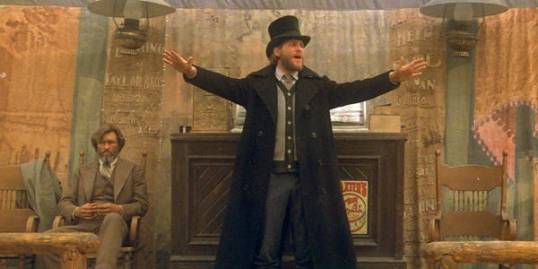 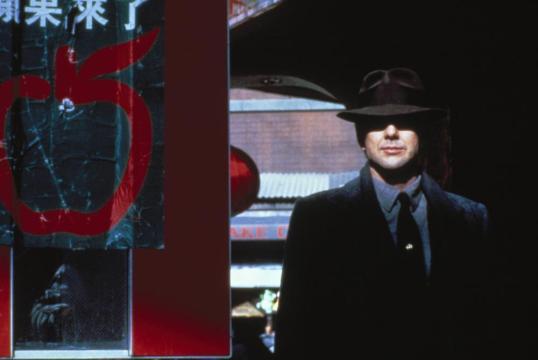 The Year of the Dragon (1985, directed by Michael Cimino) 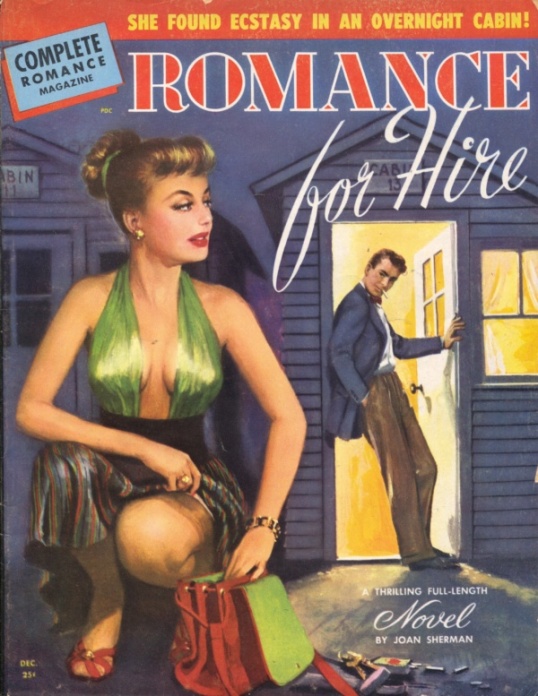 
Once upon a time, there was a televangelist named Oral Roberts.  Oral was very successful and he even had his own university in Oklahoma.  One day, Oral said that he had a vision of someone telling him that he needed to build a hospital on the campus of his university and that, of course, he would need people to send him money to help him do that.  That someone was Jesus and, according to Oral, Jesus was 900 feet tall.

Mark Griffin, a classically trained musician who had recently graduated from the University of North Texas, happened to hear what Oral said.  Griffin, who had played in several local Dallas bands, was on the verge of launching a new career as a rapper.  Griffin took the name MC 900 ft Jesus and the rest is history.

As MC 900 ft Jesus, Mark Griffin developed a strong cult following.  He still has one, even though he retired from the business in 2001.  (He had performed a few times post-retirement and there are annual rumors that he’s on the verge of making a comeback.)  If I Only Had A Brain was one of his more popular songs, thanks to this music video from Spike Jonze.