We’re getting there, I promise! Next up in our 2017 year in review we come to the top 10 vintage collections of the year, a list which comprises reprint collections released over the past 12 months of material originally published prior to the year 2000. Not much preamble apart from that necessary other than the standard reminder that these selections won’t be accompanied by anything like “reviews,” just quick summations of why you, dear reader, should buy them :

10. Belgian Lace From Hell : The Mythology Of S. Clay Wilson Vol. 3, edited by Patrick Rosenkranz (Fantagraphics) – The final volume of Fantagraphics’ exhaustive half-biography, half-comics retrospective of the career of underground trailblazer S. Clay Wilson presents a terrific selection of strips that don’t just transgress, but utterly annihilate, any and all notions of good taste with recklessly gleeful abandon — but a handful of very noticeable…


Hi, everyone!  Lisa here with today’s music video of the day!

Yes, yes, I’m late.  Sorry, I fell asleep last night before I got a chance to set up today’s music video of the day.  Then, when I woke up, I was out the front door and driving down Central Expressway before I realized that I’d forgotten to put in my contacts.  Seriously, I was totally blind and driving down the busiest, most dangerous highway in Dallas.

And yet, I survived!

So, in order to celebrate this momentous occasion, how about a music video from one of my favorite bands?  This is Uprising by Muse.  It seems to go with the general tenor of the times.  Everyone’s convinced they’re a revolutionary. even if they’re just some rando on twitter.  Things are blowing, if only in our neighbor’s dreams.

The bit with the teddy bears?  That’s a Ghostbusters tribute.

Ernie Souchak (John Belushi) is a reporter in Chicago.  He specializes in stories about municipal corruption and Mafia power plays.  Needless to say, living in Chicago, that keeps him busy.  Literally everyone in the city knows him.  Even the two muggers who try to steal his wallet recognize him and share inside information about which street gang is about to make a big move.  From a modern day vantage point, it seems strange to see everyone so excited about meeting a newspaper columnist but this movie was made in 1981, long before an army of bloggers put journalists like Ernie Souchak out of business.

Souchak’s gotten in trouble with the mob so his editor (Allen Garfield) sends him out of Chicago for his own protection.  Chain-smoking city boy Ernie Souchak finds himself in the Rocky Mountains, assigned to track down and get a story on Dr. Nell Porter (Blair Brown).  Dr. Porter has spent the last few years researching and protecting bald eagles.  She doesn’t like reporters but Souchak wins her over.  Despite being two very different people, Nell and Souchak fall in love.  But can a city boy and a country girl stay together, especially when there are people in Chicago who want Souchak dead?

A strange movie, Continental Divide was meant to be an updated version of the romantic comedies that Spencer Tracy and Katharine Hepburn used to make and Blair Brown was even made up to look like a young Hepburn.  It was one of the first films to be produced by Steven Spielberg, who has always been better at picking material as a director than a producer.  It was directed by Michael Apted, a great documentarian who has never shown himself to have much affinity for comedy.  It was written by Lawrence Kasdan, who specialized in homages to classic film genres and who, after this movie, made it a point to direct the majority of his scripts.  And it starred John Belushi, in his only romantic film lead.

Belushi, of course, is the main reason why anyone would want to see this movie.  It was his second-to-last movie, coming out between the popular success of The Blues Brothers and the infamous failure of Neighbors.  Continental Divide gives Belushi a chance to play a character, instead of just a version of his own wild persona.  The legend has always been that Continental Divide showed the actor that Belushi could have become if not for his tragic death.  The truth is that Belushi frequently looks uncomfortable and it is often evident that he is having to reign back his natural instincts.  Belushi’s best scenes are the ones where Souchak is walking around Chicago and hustling everyone that he meets.  In those scenes, he’s confident and in control and it’s easy to get swept up in his life.  His scenes with Blair Brown, where he has to be sincere and serious, are far more awkward.  Belushi has enough good scenes in Continental Divide to make you regret the performances that we never got but, at the same time, it’s evident that he still had room to grow as an actor.

If Belushi hadn’t died and had instead gone on to make several more movies (and hopefully beat his drug addiction at the same time), Continental Divide would probably be forgotten.  Instead, it now exists as a hint of what could have been.

Florida rockers The Royal Guardsmen soared up the charts like a Sopwith Camel with their 1966 hit “Snoopy Vs The Red Baron”. A year later, the band released ‘Snoopy’s Christmas”, a holiday follow-up featuring everyone’s favorite WWI flying ace and his arch enemy The Red Baron calling a yuletide truce on Christmas Eve. The song went to #1 on Billboard’s Christmas specialty charts, and still gets airplay around this time of year! Enjoy “Snoopy’s Christmas”!: 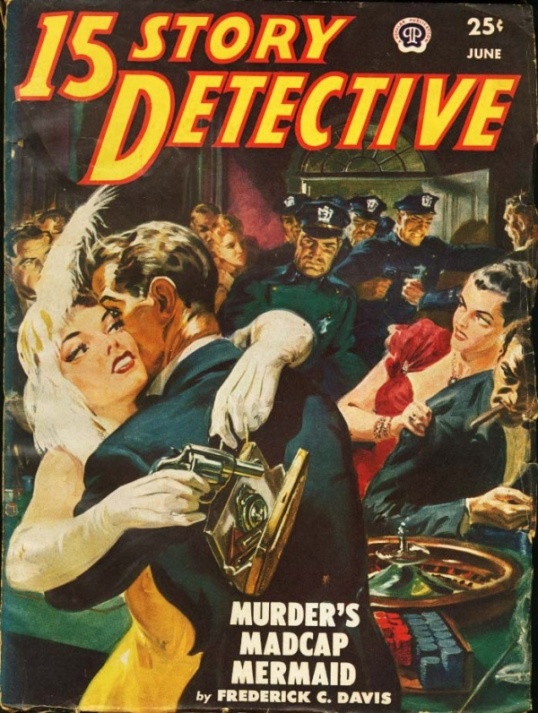