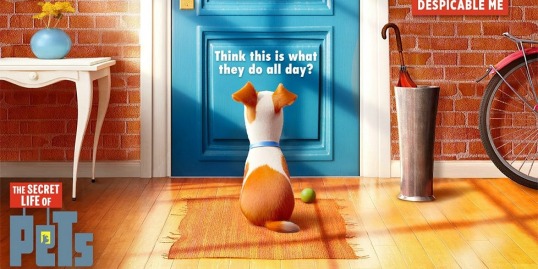 Pixar and Dreamworks had been the only two big boys in the CG-animated block, but in the last couple years we’ve had another studio make some inroads into that very block. It’s the studio that brought to the world Despicable Me and Despicable Me 2. It is also set to release Minions (itself a spin-off from the Despicable Me franchise).

Illumination Entertainment has released the first teaser trailer for their 2016 offering: The Secret Life of Pets.

From the look of the trailer we may be looking forward to a sort of Toy Story-type narrative but instead of toys coming to life and behaving like their owners it’s pets standing in.