If you want a genuinely different reading experience that’s absolutely unlike anything else out there right now, may I humbly direction your attention to Casanova Frankenstein’s “The Adventures Of Tad Martin” #sicksicksix. 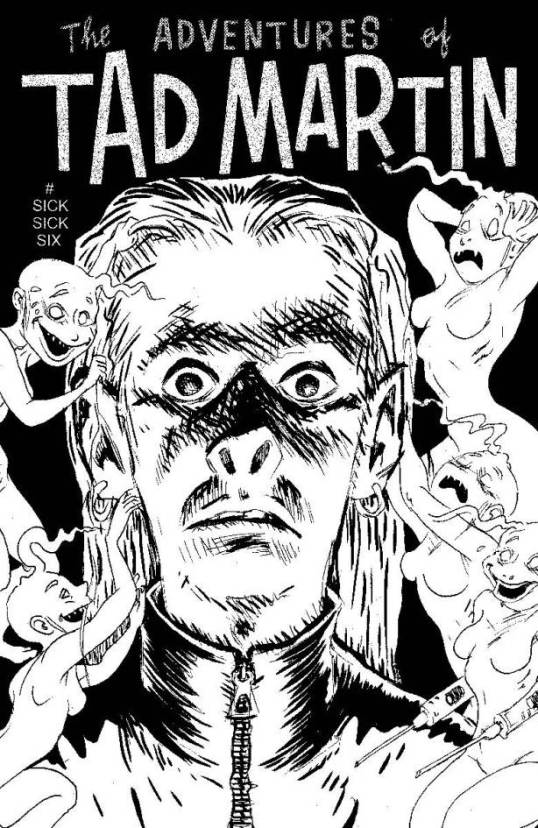 Hey, look — as a longtime (nearly lifelong, sad truth be told) comics reader, I’m not complaining (much) about the current state of the medium. Sure, “The Big Two” suck, by and large — but they’ve always sucked, by and large, and there are more independent titles out there than at any point since the pre-implosion days of the early 1990s to satisfy the discerning reader’s need for something well-done, intelligent, and different than the capes-and-tights fare being peddled to an ever-dwindling audience at ever-increasing prices by Marvel and DC. Creator-owned books are “where it’s at” these days, and the burgeoning web comics “scene” is providing an outlet (even if it is, in almost all cases, a non-paying one) for up-and-coming cartoonists to get their material out there to the public without having to pound the pavement looking for a publisher willing to stick their neck out and take a… 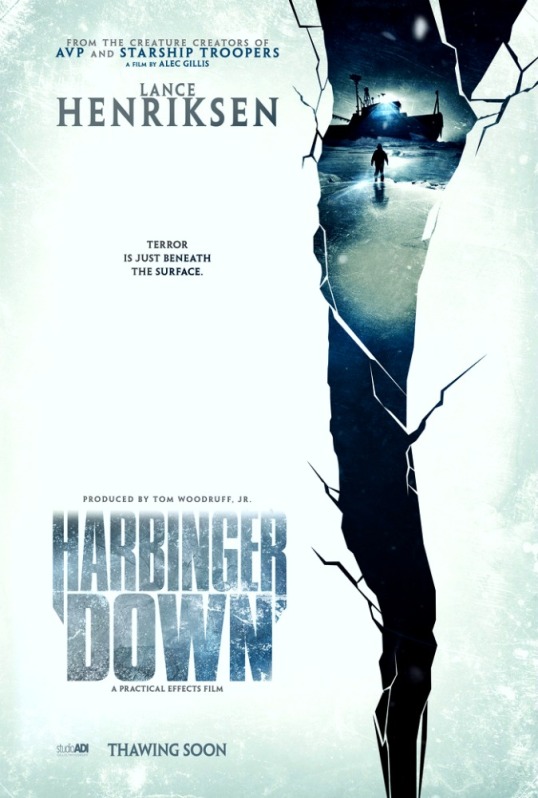 Kickstarter, GoFundMe, Indiegogo are just a couple of ways the general public have been able to crowdfund things they really like. Crowdfunding has even entered film production with a film set for release being one of my more anticipated films of 2015.

Harbinger Down is the brainchild of Practical FX artists Alec Gillis and Tom Woodruff, Jr. As more and more studios begin to rely heavily on CGI-effects for their films the practical effects and make-up FX industry has taken a major hit. We’ve already seen practical effects master Rick Baker announce his retirement from the industry and many smaller effects studios either close shop or sold to larger studios.

From the look of the trailer it looks like Harbinger Down takes some inspiration from two classic scifi horror films of the past with Alien and John Carpenter’s The Thing. With legendary genre veteran Lance Henriksen headlining the ensemble cast, Harbinger Down is something genre fans deserve.

This promo for AMC’s upcoming Fear The Walking Dead is entitled Nick’s Escape.  It really doesn’t tell us anything about the show, beyond the fact that there’s a guy named Nick who can run.  It’s too early to say whether or not Nick is hot, largely because he’s running here and he’s too scared to do any hot guy facial expressions.

Still, the music is effective.

Fear The Walking Dead will premiere this August.