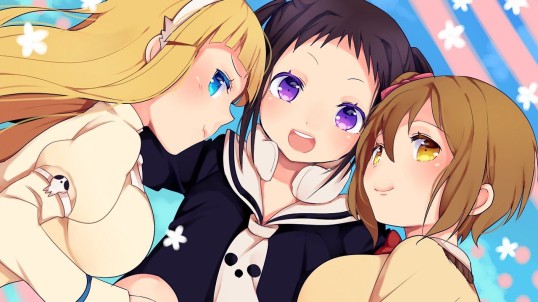 It’s the 4th of July Weekend and one of the things I’ve gotten used to these past couple years is that it means Anime Expo has come around once more. While I don’t have the anime convention experience as pantsukudasai56 it is still a event that I’ve gotten used to attending once a year when possible.

The latest “AMV of the Day” arrives just in time for the largest North American anime convention held every 4th of July weekend in Los Angeles. Not to say that the other anime conventions around the country are nothing to sneeze at, but Anime Expo is a whole different animal that every otaku in North America needs to experience at least once in their life. It’s a video that comes courtesy by the very talented video editor who goes by the handle of BecauseImBored1.

A video that combines scenes from anime and real-life footage of cosplayers and anime con-goers into one timely video that celebrates the positive nature of the word “otaku”. It’s a word that has a negative reputation in Japan, but one that’s seen as a celebration of anime and Japanese pop-culture fandom worldwide. It’s a label taken on proudly.

“Otaku Paradise” has such a huge number of anime referenced yet barely scratches the surface of what “otaku” watches and follows year in and year out. I love the fact that the video intersperses these anime scenes with real-life people in cosplay of those very same anime characters. Not everyone cosplays, but every otaku appreciates and admires those who do. Yet, cosplayers and non-cosplayer otaku both have one thing in common and that is their acceptance of the label of “otaku”.

One thing this video made me do while I watched it for the first time and the many times since was put such a huge, happy smile on my face. It’s small consolation for having to miss this weekend’s Anime Expo 2014.

58 responses to “AMV of the Day: Otaku Paradise”