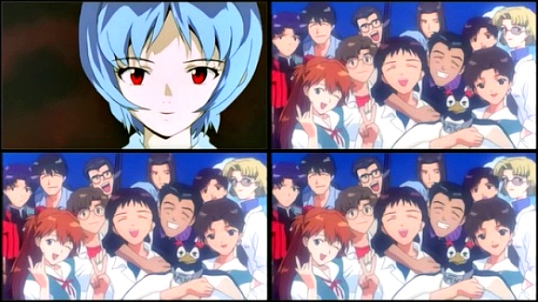 In honor of GLaDOS’s cameo in Pacific Rim as the A.I. voice of the American Jaeger, Gipsy Danger, I’ve chosen an oldie, but goodie AMV from 2008 as the next “AMV of the Day”.

This has to be the very first AMV I’ve ever seen and it was in the spring of 2008 when I attended my very first anime convention with Anime Boston 2008. The video had won Best In Show and Best Drama. It used scenes from the very popular mecha anime Neon Genesis Evangelion, but more important to the convention attendees was the song used for the video: Jonathan Coulton’s “Still Alive” featuring the voice of GLaDOS herself, Ellen McClain.

“Let Them Eat Rei” was the name of the video and it does a great job in combining some of the dark humor from both the song and the anime, but also it’s more darker dramatic aspects. When I think about it I’m not even sure if this video had won Best Drama or Best Comedy, it could’ve won either in addition to Best In Show.


The latest “song of the day” comes in just in time to show that my major bout with the cold/flu last week and this weekend hasn’t taken me out. It’s also a proper choice with the release of Portal 2, Valve’s sequel to their very popular puzzle-shooter Portal. What better way to send me off to Anime Boston this weekend but with the very geeky and otaku anthem of “Still Alive”.

“Still Alive” is the end credits song which plays once the player has completed Portal. The voice who sings the song (written by songwriter Jonathan Coulton) is one Ellen McClain and she is suppose to be the AI-computer GLaDOS lamenting the player’s success and escape. The song became as big of a hit with gamers as the game it was part of. Pretty much a whole cottage industry of all things geek-culture sprung up around this song. Shirts were made, youtube videos of varying quality using the song were uploaded and comic book, gaming and anime convention goers worldwide adopted the song as their unofficial anthem.

The song is pretty cute and catchy. The way the lyrics were sung with such sweetness by singer Ellen McClain makes it such a happy ditty. But when stepping back from singing along one really has to look at the lyrics and see how dark and twisted “Still Alive” truly was and still is. And on that note, catch you allafter Anime Boston.

I’m not even angry
I’m being so sincere right now
even though you broke my heart and killed me
and torn into pieces
and threw every piece into a fire
as they burned it hurt because I was so happy for you!
Now these points of data make a wonderful line
and we’re out of beta, we’re releasing on time
so I’m glad I got burned
Think of all the things we learned for the people that are still alive

go ahead and leave me
I think I prefer to stay inside
maybe you’ll find someone else to help you
maybe black mesa
that was a joke, haha, fat chance
anyway this cake is great, it’s so delicious and moist
look at me still talking, when there’s science to do
when I look out there it makes me glad I’m not you
I’ve experiments to run, there is research to be done
on the people who are still alive 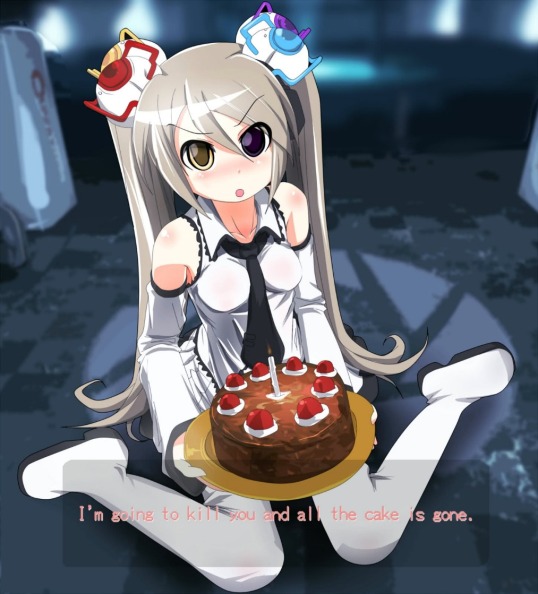 My AMV for the Day is a combination of two things I adore in anime and gaming. On the anime side of the video it’s the high school slice-of-life series Azumanga Daioh with heavy emphasis on my favorite character in said series and that would be Chiyo-chan. On the gaming side which provides the music part of the music video it’s the song “Still Alive” as sang by GLaDOS in the end of Valve’s FPS-puzzler, Portal.

Separate the two are still quite awesome in their own realm, but when combined they just move up to a new level of awesomeness. Plus, the fact that Chiyo-chan was made to be sounding like GLaDOS was just too cute. This AMV continues to be on my favorite list on YouTube and usually gets a viewing by me at least once a week or more if I need to really get a pick me up. I hope you all like it as well.