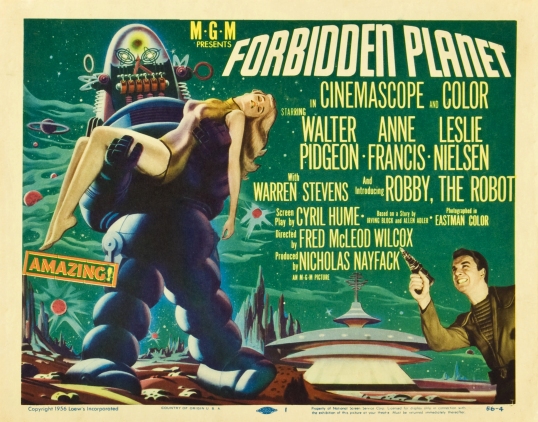 According to the imdb, today is Robby the Robot’s birthday.  I didn’t know that robot’s had birthdays but apparently, they do.  Robby is 67 years old and I think that, along with Earl Holliman, he might be one of the last two surviving cast member of the 1956 sci-fi classic, Forbidden Planet.

So, it only seems appropriate that today’s scene that I love should be Robby the Robot’s debut appearance in Forbidden Planet.  Happy birthday, Robby!

One response to “Scenes I Love: Robby the Robot Makes His Debut in Forbidden Planet”